View on YouTube Steve Pieczenik OPUS 9
Hear me on Comey, Theresa May and Noriega.

We live in an imperfect universe. From my perspective, the people I know are divided into two basic groups: those who enjoy process and those who prefer to create/construct tangible outcomes.

Are these two differences irreconcilable?

I forced myself to watch yesterday’s testimony by former FBI Director James Comey. I realized that Comey & Co including Robert S. Mueller [Former FBI Director and now Special Prosecutor] as well as the new FBI Director Christopher A. Wray are all intertwined in their unique association of legal high-achievers and political shrewdness.

In contrast, Donald Trump, a novitiate to the wily ways of Washington DC, was eager to introduce two formidable contractors/builders who would oversee a Trillion Dollar Infrastructure project. Very few people have ever heard of Richard LeFrak and Steven Roth. Both are New York-based real estate developers and builders. These experts will oversee the council of 15 to 20 builders/engineers who will be the team to construct this massive infrastructure project to Make America Great Again.

I don’t personally know either man. However, I grew up beneath the penumbra of their huge developments/buildings in NYC. Richard LeFrak is one of America’s wealthiest real estate developers. He built the Newport, a 400-acre project on the New Jersey waterfront opposite Manhattan’s west side where I grew up. Currently, his projects include a mixed-use development in North Miami along with the Soffer family of Florida [Fountainbleau Hotel Miami]. Richard’s father, Samuel LeFrak, often clashed with Trump over several projects. He was President of LeFrak Organization which developed such major projects as Battery Park City, LeFrak City in Queens and Newport, New Jersey…

View on YouTube Pieczenik Opus 7
Listen to me warn about war drums for Syria and my comments on Zbig’s passing. 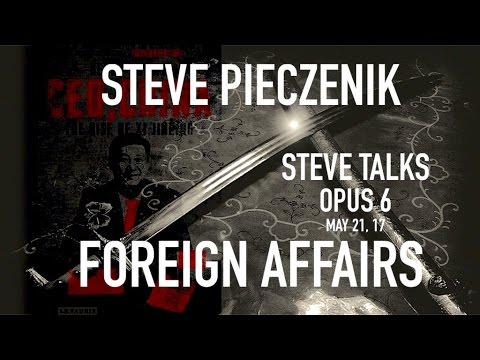 What was the purpose of Donald Trump striking a Syrian airbase?

Source: Pieczenik: Cruise Missile Strikes Were A Statement to China » Alex Jones’ Infowars: There’s a war on for your mind!

I’m an author on these subjects and I can say with some authority, Michael Salla did a really good job comparing the theories of pole shift authors like Charles Hapgood, Chan Thomas, and Rand Flem-Ath in this presentation. The basic conclusion from these ice core samples is that although Eastern Antarctica has been covered in … END_OF_DOCUMENT_TOKEN_TO_BE_REPLACED