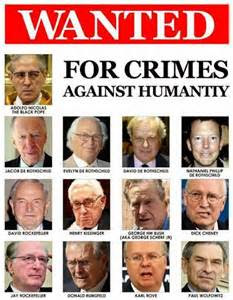 “We Are Destroying The Planet” — Barrie Trower

The age of wireless technology, ubiquitous microwave transmissions and countless cellphone towers have transformed the planet in profound and fundamental ways. Especially where it concerns human health and environmental integrity, the effects of these various frequency assaults have been nothing short of  catastrophic.

If the people of the world truly understood the deleterious effects of these unseen and unfelt frequencies, they would have abandoned their cell phones and bluetooths decades ago.

It has been proven beyond any doubt by the best science available that certain types of electromagnetic radiation can have highly damaging effects on the human body. Likewise, when animals and plants are exposed to these fields of harmful EMR they, too, suffer great consequences.

AND DEADLY SMART METERS ON YOUR

The use of low-level microwave transmissions by various governmental entities is a relatively new phenomenon; however, already the destruction to life and alteration of the DNA has been unequivocally determined.

It can be stated with absolute certainty that the longer one is exposed directly to low-level microwaves, the more injury that will be caused to the physical organism.

Microwave Ovens: Remove Them From Your Kitchens … NOW!

Much of that injury occurs under the radar, no pun intended.

The symptoms are almost always sub–clinical and seem to produce no obvious set of manifestations in the human body.  Because the micro-damage is inflicted at the cellular level, particularly to the mitochondrial DNA, it invariably goes undetected for many years.  Then, all of a sudden, a serious illness or fatal disease emerges out of nowhere.  Hence, the correlation is virtually never made between the exposure to the pernicious frequencies and the disease process.

The following video contains some of most important information and data about this ever-worsening stray-frequency predicament.

For those who are continually immersed in this Age of Wireless Technology, this presentation will serve as a HUGE wake–up call.

The ramifications are so profound and repercussions so pervasive that societies everywhere will be forced to come to grips with it sooner or later.

We Are Destroying The Planet

What you are about to read is the distillation of the hidden truths uttered by British physicist Barrie Trower, a microwave weapons expert who also worked for the Royal Navy and the British Secret Service.

The alarming facts associated with microwave technology, which were addressed in the preceding video, have been transcribed below for those who have not had the opportunity to watch the video.

Official legal briefs which have been formally submitted to the courts tend to have a higher degree of authority, particularly when scientific research is included.

Otherwise, the scientist can be accused of fraud, bad science, or worse—perjury.  The following legal document titled “Amended Declaration of Barrie Trower“ states the case against microwaves quite emphatically and irrefutably.

At the end of the day the world will recognize the great service that Barrie Trower has performed in the education of humanity and edification of the scientific community.  His impeccable research and courageous
work has brought to light what is perhaps the greatest scourge of the age in an era that is replete with scourges of every sort and kind.

We — all of us — are forever in his debt.  And our deepest gratitude is extended to him on behalf of the whole human race.

Humanity At The Brink: WiFi Report Reveals The Alarming Facts

Generation X’d Out: An end to the human race as we’ve known it

*The aforementioned transcript starts below the following graphic. 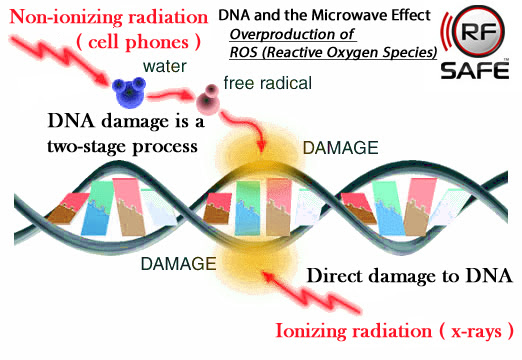 We Are Destroying The Planet
Open Mind Conference 2012

Wi-Fi in schools puts female youth at risk of birthing genetically deformed children, followed by a lifetime of worry, guilt, and absolute hell.

06:35 Imagine you are a 15 year old school girl. All of the 400,000 eggs in your ovaries were with you at birth. They are not fully developed but they are with you. They are 10 x more susceptible to radiation than all of the other DNA in the body, and scientists don’t realize that. They don’t read all of the papers as I do.

So you have this highly susceptible genetic material, which is going to make your children, and you are irradiating itbecause Wi-Fi, they are transmitters, as well as the routers, as well as the ones either side of you, they are all transmitting at this height through your ovaries.  So you are risking the DNA damage of your child every time you sit down and use Wi-Fi.

07:42 You have a child that could be born genetically damaged but the real problem comes when you become pregnant, if you are a teacher or mature student because the embryo inside your womb, in the first 100 days, all of those 400,000 eggs are forming in your embryo, your child’s ovaries. So your child could be born with genetically damaged eggs, and the main thing about the eggs in the ovaries of your child is that they have absolutely no protection, it hasn’t been developed yet.

We have a natural protection against microwaves. It was developed since the Stone Age against thunder storms and massive amounts of radiation coming into our body. But in your embryo, your uterus, in the fetus where your child is developing for the first 100 days, in the ovaries the eggs do not have that protection so they are at maximum risk from radiation.

09:30 So you give birth to a daughter buther ovaries are now contaminated.  She may be normal, she may be genetically damaged but her ovaries are at the most risk. So when your daughter grows up and she becomes pregnant and has a baby, this is when one of these eggs will be fertilized and come out. So the real damage here is your grandchildren!

That is where it is going to show most, and we already see this in animals that have reproductive cycles of 1, 2 or 3 years. We are already seeing this and it has been published by veterinary schools and vets and scientists so we know this happens.  And it’s also been documented in the cold war whenwomen were deliberately micro waved, so we know it does happen. The documents are there!

10:28 WHAT YOU ARE RISKING BY PUTTING WI-FI INTO SCHOOLS IS THE FUTURE GENERATIONS OF ALL OF THESE GIRLS!!!

YOU ARE CONDEMNING THE FUTURE GENERATIONS OF EVERY SINGLE CHILD UNTIL THERE ARE NO MORE LINES LEFT IN THE FEMALE IN YOUR FAMILY!

11:50 The major problem in the animal and plant kingdom and the environment: When you look at the DNA inside our genes, the 4 bases of the DNA are exactly the same in every single living species – everyone.

Any tree can read your DNA sequence. It won’t use 99.9% of it because it doesn’t need to. We can all read each other’s DNA. So if you are doing something which damages humans, it’s going to damage every single living plant, every single living animal, and we are now finding that the animals that are most susceptible to  this, namely the pollinating insects because of their size and their vibrational frequency, we are now finding that countries that rely on pollinating insects are running short of food. We are finding that animals are becoming sick and this is researched by very reputable veterinary universities.

THE COMMUNICATIONS INDUSTRY is reaching everywhere on the planet, and if nobody stops it, it is going to destroy the planet.

Dr. Barrie Trower is a British physicist, former Microwave Weapons Expert for the Royal Navy, and former cold-war captured spy debriefer for the UK Intelligence Services. Dr. Trower is a conscionable whistle-blower who lectures around the world on the hidden dangers from microwave weapons and every-day microwave technologies such as mobile-phones and Wi-Fi. During the 1960’s, he was trained at the“Government Microwave WarfareEstablishment”.

Dr. Trower repeatedly assisted the UK Police Federation in their struggle to protect police officers from Tetra/Air-Band radio-communications systems that are harmful to health.

44 thoughts on “THEY ARE SLOWLY KILLING US”