One day after the Justice Department followed the FBI’s recommendation to not prosecute former secretary of state Hillary Clinton, the State Department now says it is reopening an internal investigation of possible mishandling of classified information by Clinton and top aides.

State Department spokesman John Kirby set no deadline for the investigation’s completion, but did say the probe is restarting now that the Justice Department has decided against pursuing criminal charges. 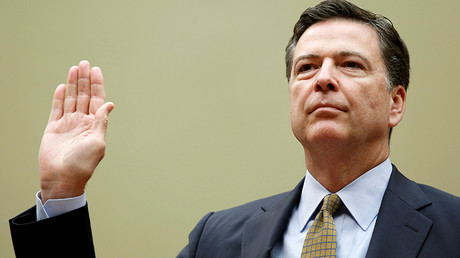 Is Clinton sophisticated enough to be president?: Takeaways from FBI chief testimony

“We will aim to be as expeditious as possible, but we will not put artificial deadlines on the process,”Kirby said, according to the Associated Press.“Our goal will be to be as transparent as possible about our results, while complying with our various legal obligations.”

In January, the State Department began its review after declaring that 22 emails from Clinton’s private server held “top secret”classified information. The department suspended its review in April, while the FBI conducted its inquiry.

The emails at the center of the inquiry were upgraded to one of the nation’s highest classification levels. One aspect of the investigation is whether any of those emails were classified at the time of transmission.

“There could be repercussions,” Kirby told reporters Wednesday, even for many of Clinton’s aides who have left the agency. The punishments could range from counseling or warnings to revocation of security clearance. That last punishment could affect the hiring possibilities for many of Clinton’s confidants at the White House, should she win the presidential election.

Beyond the Democratic front-runner, the revisited probe is most likely targeting Cheryl Mills, Jake Sullivan and Huma Abedin, who wrote many of the emails to their boss that are now once again under investigation.

I’m an author on these subjects and I can say with some authority, Michael Salla did a really good job comparing the theories of pole shift authors like Charles Hapgood, Chan Thomas, and Rand Flem-Ath in this presentation. The basic conclusion from these ice core samples is that although Eastern Antarctica has been covered in … END_OF_DOCUMENT_TOKEN_TO_BE_REPLACED