In 2011 and 2013 the light shining from a distant star dropped by an unprecedented 20 percent, leading some astronomers to wonder if something very, VERY, big is blocking it from Earth’s view.

Star KIC 8462852, also known as ‘Tabby’s Star’, has been emitting an erratic flickering light, prompting great debate among the astronomy community as to what is obstructing our view of the star.

Some say the star’s brightness has been gradually dimming over the last century, while others suggest that large comets or a huge dust cloud could be blocking the light. A number of people think a massive ‘alien megastructure’ is to blame. 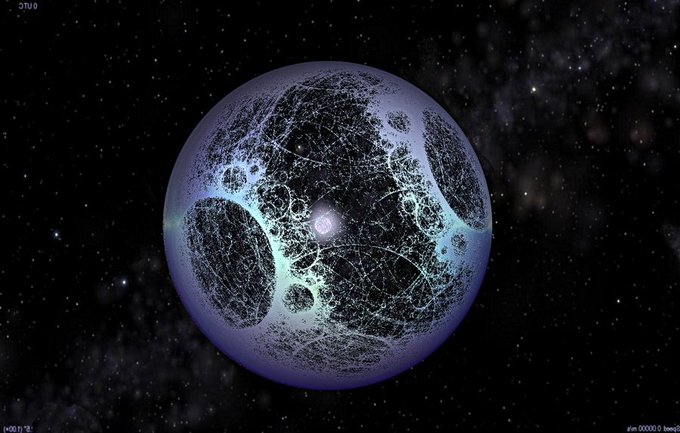 Results from a new study that observed Tabby’s Star over four years confirmed that the star has dimmed continuously, however new questions have arisen over the peculiar pattern of light emitted from KIC 8462852.

The study, which was published to the arxiv but has yet to be peer reviewed, used the Kepler Space Telescope’s database during its mission from 2009 to 2013, to measure light (or lack thereof) from the star and found it dimmed constantly over the observation period.

Astronomers Ben Montet and Joshua Simon recorded a slight decrease in light from the star at first before a dramatic plummet of 2.5 percent in just 200 days – after which the drop in light returned to a steady fade.

“The part that really surprised me was just how rapid and non-linear it was,” said Montet to Gizmodo. “We spent a long time trying to convince ourselves this wasn’t real. We just weren’t able to.” 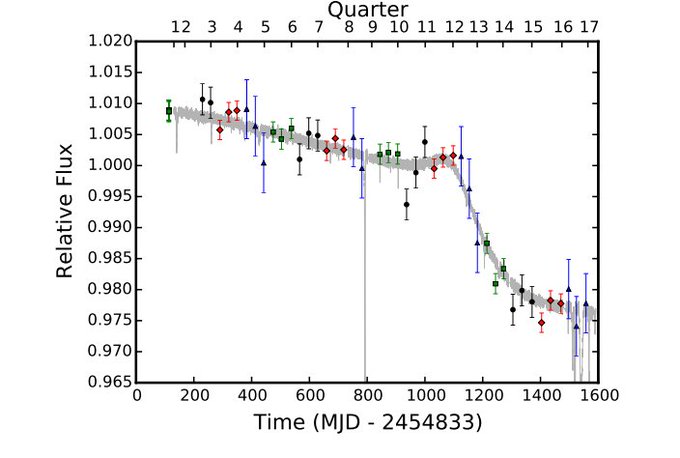 For context, the astronomers compared Tabby to 500 stars in the same region and 500 other stars that are of a similar size and makeup, and found none of those examined came close to resembling the star’s plummet in brightness.

“These intriguing new findings suggest that none of the considered phenomena can alone explain the observations. Of course, the star doesn’t have to abide by our hope for a single explanation. In the end, figuring out this puzzle may require accounting for a combination of effects.”

Astronomers will continue to monitor KIC 8463852 to determine what exactly is causing its erratic behavior.

The results of ongoing monitoring are not expected to be as precise as data gathered earlier, as the Kepler spacecraft is no longer available, however a successor telescope TESS is expected to launch in 2017.