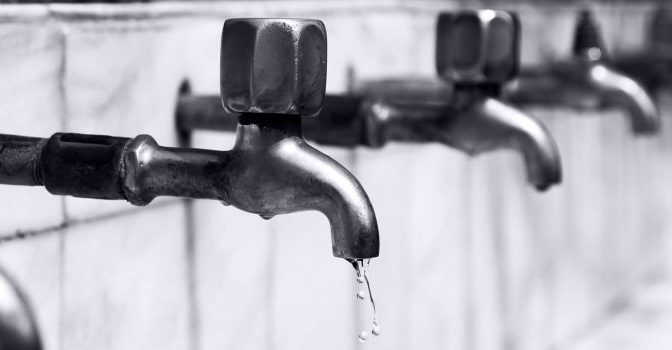 For decades fluoride has been added to drinking water by governments and local authorities to help prevent tooth decay.

A report published in the Journal of Epidemiology and Community Health confirms that water fluoridation does more harm than good.

A study of a sample of communities exposed to fluoridated water in the UK shows that they are 30% more likely to develop an under-active thyroid, which could cause depression, fatigue, memory loss or weight gain.

Fluoride was used in the 1950s to treat over-active thyroid.

Fluoride is a natural mineral found in soil and water in varying amounts. It is believed to combat tooth decay and cavities by making enamel more resistant to bacteria. However, previous studies have shown that exposure to high levels of fluoride inhibits the production of iodine, which is crucial for a healthy thyroid.

It is for this reason that adding extra fluoride to water for the purpose of medical treatment has become a controversial topic of heated debate. For decades, fluoride has been forced upon us by governments who have spiked our drinking water to improve oral health. However, there is a growing body of evidence suggesting that fluoride-spiked water may do more harm than good.

Is fluoridated water better for oral health or not?

This forced medicine has been shown to increase the risk of hypothyroidism, or an underactive thyroid. An underactive thyroid gland fails to produce enough hormones, which may result in extreme fatigue, aching muscles, obesity, memory loss and depression.

A study published in the Journal of Epidemiology and Community Health found that certain areas of England with fluoridated community water had increased rates of hypothyroidism. It was one of the largest studies to examine the adverse effects of elevated fluoride exposure.

The scientists discovered that areas with fluoridated water – such as the West Midlands and the North East of England – were 30 percent more likely to develop hypothyroidism than communities with low, natural levels of fluoride in their water. The scientists from the University of Kent warned that around 15,000 people in the U.K. could be suffering from preventable depression, fatigue, memory loss or weight gain.

“The difference between the West Midlands, which fluoridates, and Manchester, which doesn’t was particularly striking. There were nearly double the number of cases in the West Midlands,” lead author Professor Stephen Peckham of the Centre for Health Service Studies said.

He added that an underactive thyroid is a particularly nasty thing to have, and it can lead to other long-term health problems. Women in particular should be concerned, as they are 15 times more likely than men to develop the condition.

Professor Peckham further noted that councils need to reconsider putting fluoride in the water, and added that there are far better and safer ways to improve the dental health of citizens.

As the case against fluoride continues to grow, for your thyroid’s sake, don’t trust your water supply and filter your drinking water before use.

Nearly 70 percent of Americans at risk of fluoride poisoning

As reported by Holistic Dentistry, fluoride is added to approximately 10 percent of England’s drinking water, while two-thirds of America’s tap water is spiked with the chemical to prevent cavities.

In 2014, Public Health England released a report saying fluoride was a “safe and effective” way of improving dental health. Despite the fact that there is little evidence that communities with fluoridated water have fewer cavities than communities without, governments keep pushing this thyroid damaging chemical on us.

Holistic Dentistry added that the results of the study shouldn’t be too surprising, given that fluoride was actually used in the 1950s to treat hyperthyroidism, or an overactive thyroid. If fluoride can be used to ease an overactive thyroid gland, then it is only pure logic that too much of it can lead to an underactive gland.