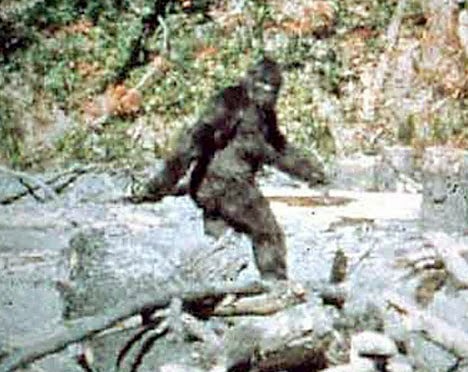 October 7, 2016 By: Sorcha Faal, and as reported to her Western Subscribers

An extraordinary report circulating in the Kremlin today issued by the Federal Security Service (FSB) says that theirENHANCED biometry analysis of a 2016 video taken in the US State of Michigan that depicts a Bigfoot creature (called Yeti’s, Alma’s or Menk’s in Russia) is a “near exact/perfect”MATCH to a Bigfoot video captured in the Adyghe Republic in 2015—thus placing this American “hominoid” on the murder suspect list relating to the 1959 Dyatlov Pass Incident where 9 young hikers were slaughtered by an as yet unknown, but suspected to be, Bigfoot creature. [Note: Some words and/or phrases appearing in quotes in this report are English language approximations of Russian words/phrases having no exact counterpart.]

According to this report, on 25 January 1959, nine young hikers from the Ural Polytechnic Institute sent out on an expedition from the city of Yekaterinburg (in 1959 named Sverdlovsk) in the Sverdlovsk Oblast to the Otorten Mountain range, but when they failed to reach their destination, on 11 February, local search parties were sent out to discover their whereabouts.

By 20 February 1959, this report continues, these nine young hikers were still missing and a Federal criminal investigation was begun as well as a new search conducted by Federal police forces and Russian military aircraft.

On 25 February 1959, this report grimly notes, the first discoveries were made as to the fate of these nine young hikers—and that over the next two months showed they had all been savagely killed by an “unknown beast” that had, literally, torn apart their bodies.

Medical examination of the bodies revealed strange anomalies, this report explains, with all of the victems having oddINJURIES that forensic science-doctors at the time could not explain—such as 23-year-old victim Ludmila Alexandrovna Dubinina who was found with her head tilted backward, mouth wide open as if screaming, her tongue ripped out by the root, and her eyes forcibly removed from their sockets.

In 1962, this report notes, the Committee for State Security (former Soviet Union KGB) closed their investigation into these hikers death by stating it was “unable to be solved”—but which this past January (2016) the Investigative Committee (SLEDCOM)ORDERED back to “active/immediate investigation status”.

As to why SLEDCOM ordered this case reopened, this report explains, began with a report of a new body discovered in the Dyatlov Pass Incident region on 9 January, and though finding no cause for alarm, certain DNA forensic evidence from the original investigation into the 1959 deaths of the 9 young hikers raised many questions that in the 1950’s and 1960’s science could not have answered.

And as to the new DNA evidence obtained from the 1959 victems of the Dyatlov Pass Incident that “alarmed/alerted” SLEDCOM investigators, this report continues, was it being an “exact comparison” to the only known Bigfoot creature to have ever been captured—and who was named Zana.

An artist’s impression of Zana circa 1867

Zana, this report explains, was captured in the Georgian Caucasus Mountain region of Ochamchire, Russia (present day Abkhazia) in 1850 and described to be an “ape woman” and “Neanderthal” having immense power and whose height was 6 feet 6 inches.

Covered in thick hair, and able to outrun a horse, this report notes, Zana was eventually “tamed/domesticated”, and until her death, in 1890, had a number of children by a number of different men—some of whom died due to her “habit/custom” of washing her newborn babies in cold running river water, even in the winter time.

Though “what/who” exactly Zana actually was had never been determined in her lifetime, this report says, but an astounding discovery was made about her in 2015 by Professor Bryan Sykes of the University of Oxford who in examining the genetics of her ancestors found “her DNA to be unparalleled” making her “half human, half ape”—and as ancient legends have long described the Bigfoot creature as being. 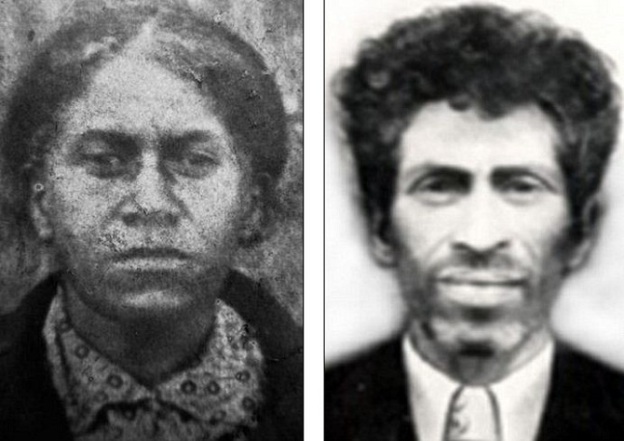 With Zana having been confirmed as being a Bigfoot creature by DNA evidence, and that same DNA evidence being discovered on the mutilated bodies of the victems of the 1959 Dyatlov Pass Incident, and the 2015 video evidence of another of these creatures being sighted in the same Caucasus Mountain region where Zana was first captured, this report states that neither SLEDCOM or the FSB have the “power/authority” under existing Federation laws to disregard the facts of this admittedly strange case making a Bigfoot creature a murder suspect. 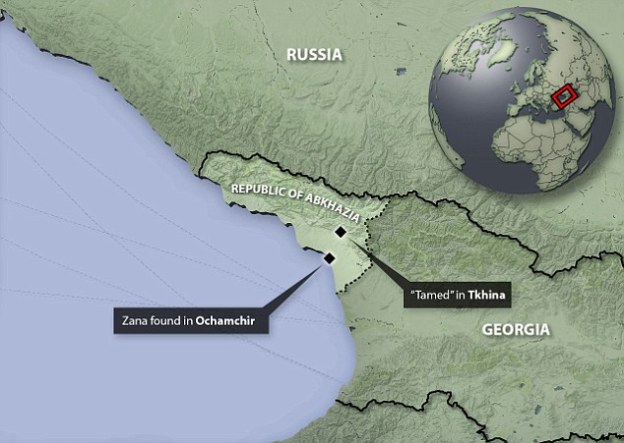 And as to how seriously the FSB is in investigating this suspected Bigfoot murder case is contained in this report explaining how Russian police officials worked with the Ministry of Defense (MoD) in analyzing the 2015 Russian Bigfoot video and 2016 Michigan Bigfoot video utilizing the same military computer identification systems that biometrically identifies Islamic terrorists in the Levant War Zone from both aircraft and satellite video photography systems.

This report concludes without its stating how this strange murder investigation will continue, but with this being the first time a Bigfoot creature has been named as a suspect in a human crime, one wonders what they can do.  [Note: Under Russian law, a murder suspect can be anyone identified as knowing something about the crime, regardless of how much time has passed.]

October 7, 2016 © EU and US all rights reserved.  Permission to use this report in its entirety is granted under the condition it is linked back to its original source at WhatDoesItMean.Com. Freebase content licensed under CC-BY and GFDL.

[Note: The WhatDoesItMean.com website was created for and donated to the Sisters of Sorcha Faal in 2003 by a small group of American computer experts

their illegal 2003 invasion of Iraq.]