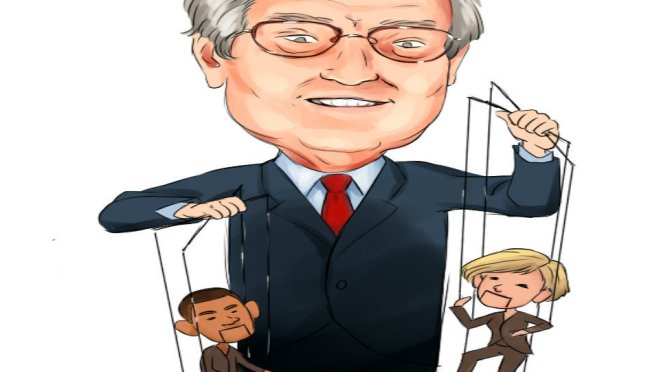 George Soros, a long-time liberal and massive supporter of Hillary Clinton’s failed presidential bid, is among a list of those who will finance Facebook’s third-party fact checker.

On Thursday Facebook detailed a plan to fight ‘fake news,’ asking users to flag suspicious articles, in hopes of limiting bogus stories from winding up in the Facebook news feed. George Soros, a major Clinton supporter, is among the list of donors for International Fact Checking Network’s (IFCN) code of principles. The Mountain View, California, company will partner with mainstream outlets including ABC News, FactCheck and Snopes. Later that list was updated to include The Washington Post. The code of principles states that the group is nonpartisan in approaching facts, but conservatives are clearly baffled and even outraged at Facebook’s reliance on mainstream media outlets.

Ironically, The Washington Post’s most famous ‘fake news’ expose was later acknowledged by the news outlet to itself be fake. The Post had listed over 200 websites from across the political and economic spectrum, from an anonymous, recently-started website called PropOrNot. The site accused popular sites such as The Drudge Report, Zero Hedge, TruthOut, WikiLeaks, and Sputnik News of promoting false narratives and so-called Russian propaganda. After a host of groups, including some outlets not listed by site, questioned PropOrNot’s findings, the Washington Post added an editor’s note saying, “The Post…does not itself vouch for the validity of PropOrNot’s findings regarding any individual media outlet.”

Adrian Chen of the New Yorker, writes, “the prospect of legitimate dissenting voices being labelled fake news or Russian propaganda by mysterious groups of ex-government employees, with the help of a national newspaper, is even scarier,” than the prospect of bogus stories touted as true that favored Trump.

After the election, the social network was criticized for displaying news in a biased format. This prompted CEO Mark Zuckerberg to meet with so-called conservative ‘thought leaders’ where he promised that the site would give equal weight to different points of view.
via Clinton Donor Soros, Fake News Disseminator WashPo Among Facebook Fact Checkers — Sputnik International

I’m an author on these subjects and I can say with some authority, Michael Salla did a really good job comparing the theories of pole shift authors like Charles Hapgood, Chan Thomas, and Rand Flem-Ath in this presentation. The basic conclusion from these ice core samples is that although Eastern Antarctica has been covered in … END_OF_DOCUMENT_TOKEN_TO_BE_REPLACED