Collective Consciousness and the Mandela Effect with Corey Goode 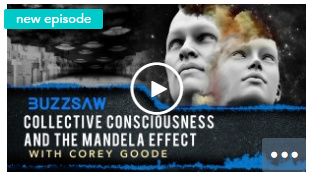 Humanity is just beginning to realize the co-creative power of our collective consciousness, and this is the greatest fear of the cabal. Corey Goode explains that as more people start to awaken, the state of our reality becomes malleable. Sometimes this is experienced as the Mandela Effect. This shift in consciousness and instability in reality is becoming the battle ground for extraterrestrial forces. Some which hope to see humanity’s sovereignty, others want to exploit our natural creative abilities. Collectively, we must work toward an optimal temporal reality. This lecture with Sean Stone was originally webcast on January 2, 2017.

I’m an author on these subjects and I can say with some authority, Michael Salla did a really good job comparing the theories of pole shift authors like Charles Hapgood, Chan Thomas, and Rand Flem-Ath in this presentation. The basic conclusion from these ice core samples is that although Eastern Antarctica has been covered in … END_OF_DOCUMENT_TOKEN_TO_BE_REPLACED