US Secretary of State Rex Tillerson will arrive in Moscow on Tuesday to discuss Syria with his Russian counterpart Sergey Lavrov. The visit comes as recent US strikes on a Syrian base were followed by hints of sanctioning Russia for supporting Assad.

While in Moscow, Tillerson is expected to meet Russian Foreign Minister Sergey Lavrov on Tuesday, with the Syrian crisis being the key issue on the agenda. This is the former oil executive’s first visit to Russia as Secretary of State.

Russia expects a constructive dialogue free of confrontational rhetoric, the Foreign Ministry said on Tuesday ahead of the meeting. Moscow is willing to discuss all matters of mutual concern raised by Tillerson and is ready “for any course of events,” the ministry noted. It would, however, prefer “to work on de-escalating the international tensions, not heightening them,” it said, adding, “We do hope that the American side wants the same.”

It is unclear so far whether Tillerson will meet Russian President Vladimir Putin. The US Embassy told RIA Novosti news agency that the meeting with Lavrov is the only one that has been officially confirmed, while Putin’s spokesperson, Dmitry Peskov, said on Monday that a meeting has not been scheduled.

Later in the day, Peskov once again refused to confirm if a meeting might take place. “I still can’t confirm that,” he was quoted by RIA Novosti as saying.

According to previous reports, Tillerson’s visit was initially set up to find common ground and pave the way for rapprochement between Russia and the US. Hopes waned, however, after the US military conducted a massive missile strike on the Shayrat Airbase in Homs Province, Syria.

Washington claimed it is where Syrian jets allegedly carrying chemical weapons munitions took off to launch an assault on a rebel-held town in Idlib Province on April 4. Damascus denied the allegations. Moscow and Beijing have described the US attack as an act of aggression against a sovereign state.

The incident was followed by US claims that Russia bears part of the responsibility for Syrian President Bashar Assad’s policies. In addition, the Pentagon has launched an investigation into Russia’s alleged involvement in the Idlib attack, according to CNN. 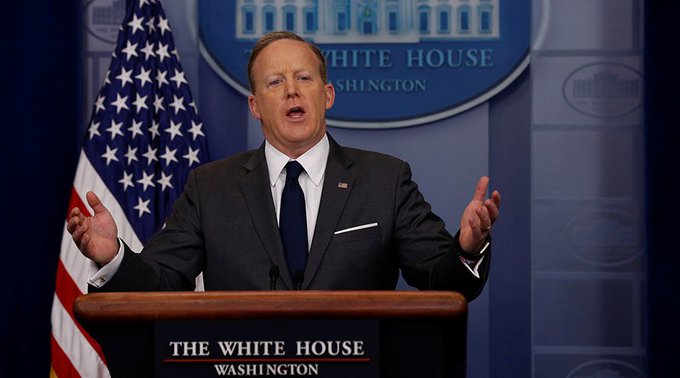 US strike in Syria message to all countries, future strikes a ‘possibility’ – White House https://on.rt.com/88hs

Earlier this week, media reports emerged saying Tillerson will present a memorandum of G7 members demanding that Russia abandon its support for Assad’s government in return for restoring Moscow’s membership in the group…

Source: Tillerson visits Moscow as tensions spike after US strike on Syria base — RT News