First Lady Melania Trump and the US president’s daughter and adviser Ivanka Trump have praised Saudi Arabia for its “encouraging” progress with regards to women’s rights.

Accompanying her father on his presidential trip to the Middle East, Ivanka met with a group of Saudi female leaders in Riyadh Sunday to discuss how women might gain further freedoms in the patriarchal state.

“In every country, including the United States, women and girls face challenges,” Trump’s eldest daughter told the group during a roundtable discussion led by Deputy President of the Women’s Sports Authority Princess Reema bint Bander, according to AFP.

“Saudi Arabia’s progress, especially in recent years, is very encouraging. But there’s still a lot of work to be done and freedoms and opportunities to continue to fight for.” 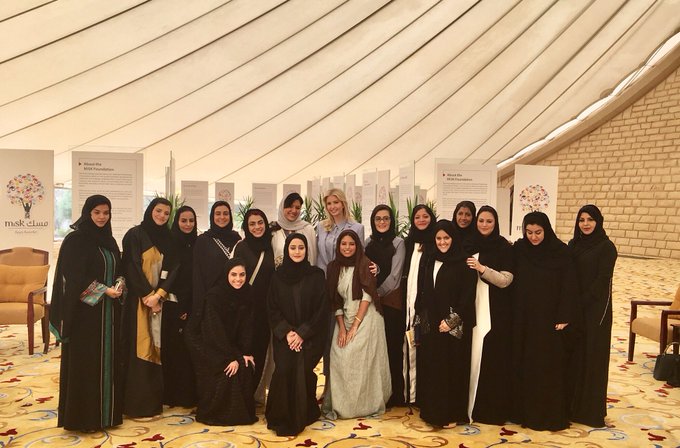 Today I met with Saudi Arabian women leaders and learned directly of their accomplishments, challenges & vision for the future. #POTUSAbroad

“Around the world women continue to achieve unprecedented levels of rights and freedoms. Today you all stand on the frontlines of the fight for gender equality,” she added. 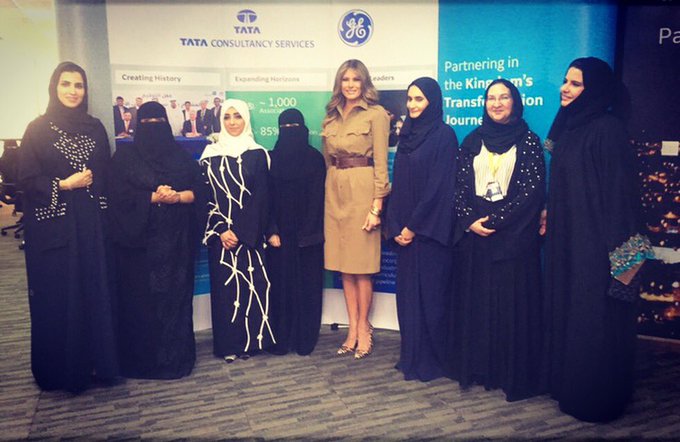 Enjoyed talking to the incredible women working hard @GE_Saudi service center. Great strides being made towards the empowerment of women.