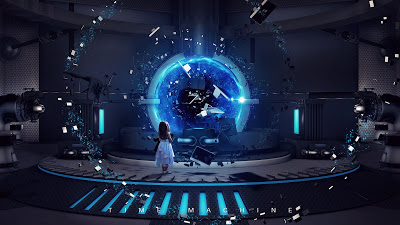 (Stillness in the Storm Editor) I recently discovered the testimony of an alleged secret space program insider and whistleblower, Aug Tellez. He claims to have been involved in high level secret projects such as the military abduction program (MILAB), time-travel, secret space programs, and more.

His narrative strongly correlates with that of Corey Goode, another SSP insider and whistleblower credited as one of the most authentic according to respected figures within the truther movement. Tellez information, if true, would expand our understanding of the scope and nature of various longstanding SSPs and their related activities. In addition, there is a definite extraterrestrial and even angelic component to his material that blends the fields of spirituality and ufology in ways that advanced truthers will find stimulating.

I, for one, found his testimony related to the nature of time and time travel, as well as his descriptions of spiritual contact and rescue quite intriguing.

Last week an interview between Tellez and Eve Lorgen was posted on this site that the following adds to.

I cannot personally verify the information Tellez offers but like Goode’s testimony, there are no data points that stand out as untrue or contradictory in an overt way. That being said, if anyone has any information that materially refutes what Tellez offers please get in touch with me.

Side Note about reviewing data: In a general sense, all information, regardless of whether it is true or not, has the power to catalyze consciousness and further one’s individual awakening. This seems like a paradoxical assertion but if one considers that their beliefs feel real, then it becomes clear that what someone chooses to expose to themselves isn’t as important as what they get out of it. Boring information to on person is highly stimulating and transformative to another.

For instance, if one were to expose themselves to propaganda that caused them to have a deep spiritual transformation, would it mean any less because the trigger was so-called disinformation? No it wouldn’t.

In our efforts to expand consciousness and further our awakening we would do well to strive for truthful sources, but should not fear less than perfect information. Ultimately, the degree to which we open our minds and hearts to the ideas flowing through us determines the nature of its affect on our consciousness. In my own experience, I have received great insights and progressed further in my path from almost every area of my life, including from so-called disinformation sources.

Please do not construe this commentary as an inference that the following testimony is highly suspect. I am merely making like of a dynamic within reality itself. 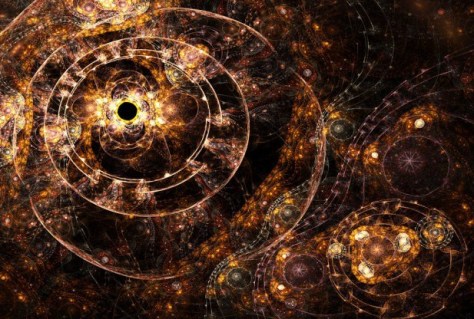 This is a personal testimony of the experiences that go beyond the mundane limitations of mainstream ‘reality’.

I was shown many things by those who work behind the scenes.

There were meetings held between “Team Light” and “Team Dark”. Humanity is ancient and has been here for many thousands of years, if not millions.

The future is governed by harmony and so these changes are now reaching the forefront of the current situation on Earth.

Previously everyone involved followed were held to a non-interference agreement with the surface population. We are coming to an age where people are capable of knowing the truth and so the entire plan is shifting into a new format for interaction. 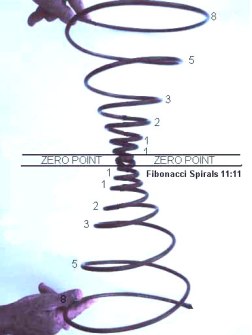 I’ve been cloned as part of a secret underground breakaway military operation. This is an entire breakaway civilization that uses very advanced technology to dominate the world. This isn’t to say that there are no groups of military operating in the benefit of humanity.

I believe we have come to this age in civilization because of both an increase of human awareness as well as various factions working in their own ways towards the preservation and protection of the Human race.

I was part of a genetic engineering program that sought to combine various elements of DNA from various sources in order to create a more easily controlled yet powerful and defined person and personality. This involved chemicals, advanced (relatively) scalar wave technology, ritual trauma and programming/mind-control, and many other aspects of conditioning, training, secret operations, physical enhancements, cognitive enhancements, virtual reality, off-world operations, temporal manipulation, spiritual and etheric training or conditioning or programming.

This is just the beginning, these operations span across this civilization and involved advanced technology that goes far beyond what is released publicly. 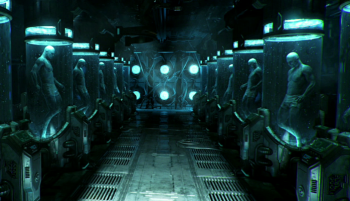 The deep underground military bases are utilized across the country and now the world. They are connected by sub to super-sonic magnetic drive “pods” which operate to very effectively transfer small groups around the country.

The lines are often blurred because memory suppression, compartmentalization, the need-to-know basis, and various forms of programming can be applied to individuals belonging to a group to ensure their lack of awareness of certain information which would endanger their own personal integrity. This could be used by either side in ways that protect the individual from interference, to condition, or enhance or to suppress and manipulate the consciousness to accomplish an ulterior motive.

Sometimes they turned us against each other, but those grudges were never truly of the heart, but the mind. This is a very relevant issue in terms of those empathic individuals who were utilized for their abilities to maintain power. The mind can be conditioned to respond to programming and cues yet the heart being the one that suffers is a clear sign that the heart is the answer for all of this.

The heart is like a bio-emissions generator, along with the brain and then the lower energy center. These bio-emission centers are utilized as generators for a kind of energy which is not only detected and worked with but harvested by certain devices in order to condense this energy into concentrated bio-emission “pockets” in space/time. 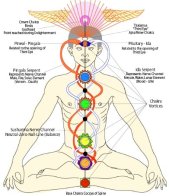 A Summary of My Perspective

Inserted memories are possible through technology as well as well as programming. This has an effect on the brain and psychology regardless as the brain sees all experiences as “valid”, it is the experience that counts.

Is this leading up to some kind of great shift in the way we experience existence? Probably. Was that on the schedule anyway? Most likely. I think we should take the time to know each other and really connect intellectually and emotionally each day. Make up reasons for it, pretend there are excuses, then just live and grow in that way

In the end, I remembered that we are eternal beings, that there is cosmic truth, that our DNA unlocks to receive more of this cosmic information.

And one gains access to a greater sphere of interconnectedness when the full activation of the human potential becomes realized. The body is just a gateway to this experience of that, while the materials and physical changes are just expressions of that continuing truth of an interconnected presence of all things. Death or lack of materials serves to express certain truths of this existence that go beyond the physical and that is what is gained by immaterial productions or spiritual fruits. With that said, the process of death and immateriality for a human is to first become aware of which materials and forms of physicality they embody and better align these as instruments to foster a greater understanding of the immaterial self.

The connections we make are like spiraling branches of electrical and emotive sound interference patterns that move through the population and generate changes and shifts on a larger pattern.

Death is an illusion, life is but a dream.

Source: Aug Tellez | Introduction and Overview of Former SSP Insider and Whistleblower | Stillness in the Storm

I’m an author on these subjects and I can say with some authority, Michael Salla did a really good job comparing the theories of pole shift authors like Charles Hapgood, Chan Thomas, and Rand Flem-Ath in this presentation. The basic conclusion from these ice core samples is that although Eastern Antarctica has been covered in … END_OF_DOCUMENT_TOKEN_TO_BE_REPLACED