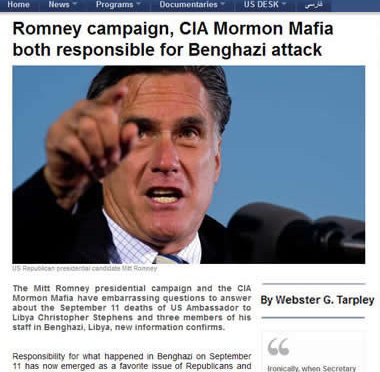 August 10, 2016 By: Sorcha Faal, and as reported to her Western Subscribers

As if the 2016 US presidential election couldn’t get even more bizarre than it is now, a new Foreign Intelligence Service (SVR) report circulating in the Kremlin today claims that the same Central Intelligence Agency (CIA) “faction/cabal” that assassinated President John F. Kennedy in 1963, has now joined with one of its oldest “allies” called the Mormon Mafia to topple Donald Trump—and who were, also, confirmed to be behind the 2012 Benghazi attack.  [Note: Some words and/or phrases appearing in quotes are English language approximations of Russian words/phrases having no exact counterpart.]

According to this report, the term Mormon Mafia refers to a strata of Mormons embedded within various US intelligence agencies and was first used by American historian Webster Tarpley in many of his writings critical of his government and their association with this secretive religious cult.

To the specific “plot/plan” being implemented by the CIA and Mormon Mafia against Donald Trump, this report explains, was their putting forth this week one of their operatives to run against Trump named Evan McMullin—who aside from being a Mormon and a top official at the corrupt Goldman Sachs banking firm, was, also, a CIA operative who specialized in assassinations and torture while in the clandestine service.

McMullin was recruited into the CIA, in 2001, by Mormon Bishop Bruce Jessen, this report continues, who was paid $80 million for drafting the guidelines that developed the torture techniques used on suspected terrorists—and were approved into law by his fellow Mormon, and US Federal Judge, Jay Bybee.

So fearful, in fact, has the Federation become of the Mormon Mafia, this report notes, that President Putin last month signed into effect the anti-terrorist Yarovaya Law that severely restricts the movements and actions of the Mormon Church in Russia—and which their leaders say they will obey by stating: “The Church recognizes a new law will take effect in Russia on July 20, 2016 that will have an impact on missionary work. The Church will honor, sustain and obey the law. Missionaries will remain in Russia and will work within the requirements of these changes. The Church will further study and analyze the law and its impact as it goes into effect.”

Though not widely known among the American people, this report says, Mormons, who are only about 2% of the population, make up an unusually large part of all US intelligence agencies as they are considered “ideal recruits” due to their foreign language skills, ability to psychologically manipulate people, and their abstaining from drinking alcohol or using any kind of drugs.

With the CIA-Mormon Mafia putting forth their operative McMullin to challenge Trump, this report explains, their “master plan/plot” is not to actually win the US presidential election, but rather to “distort/skew” the United States Electoral College that elects the President and Vice President of the United States every four years so that Hillary Clinton can win States she wouldn’t normally have a chance at capturing. [Note: The US presidential election is not decided by who wins the most votes, it is who wins the majority of the 322 electors among the 50 States.]

The power of the CIA-Mormon Mafia linkage, this report continues, is one of the most feared “dark alliances” in American for their having, in 1963, accomplished the feat of not only assassinating President John F. Kennedy, but, also, successfully covering up their plot.

The plot itself to kill President Kennedy, this report explains, was masterminded by top Mormon official, and US Senator, Robert (Bob) Bennett and CIA operative (and future President) George H. W. Bush who were both working on behalf of President Lyndon Johnson. 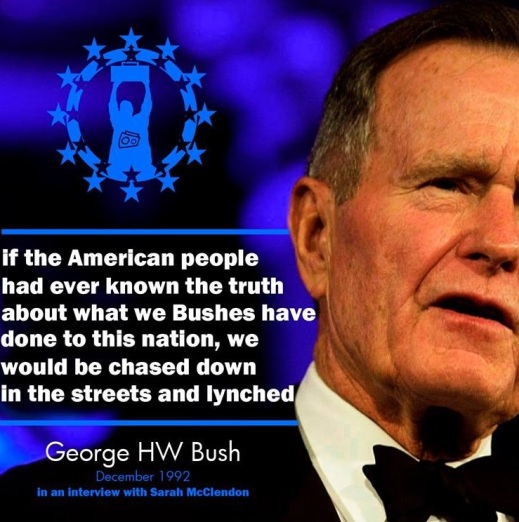 This report further states that President George H. W. Bush was recruited into the CIA after World War II to act as a liaison with the Mormon Mafia by his father Prescott Bush—who not only aided Adolf Hitler’s rise to power in Nazi Germany, was charged with these crimes, but never tried or convicted.

Not being told to the American people about the Mormon Church, this report continues, is that it was one of Nazi Germany’s strongest supporters and were highly enthusiastic about Hitler’s policies, including things like getting rid of brothels and passing laws against homosexuality.

To the last American leader that openly fought against the CIA-Mormon Mafia, this report says, was President Richard Nixon—who in 1972 ordered his secret operatives to break into the Democratic Party headquarters in Washington D.C. (aka Watergate Scandal) in a bid to “collect/find” evidence relating to the assassination of President Kennedy.

President Nixon’s belief that the CIA-Mormon Mafia had killed President Kennedy on behalf of President Johnson, this report explains, began on 24 November 1963 when Jack Ruby publically executed the patsy blamed for the assassination, Lee Harvey Oswald—and whom Nixon immediately recognized as he had previously met, in 1947, when Prescott Bush introduced Jack Ruby to him and who “was widely known as a Johnson man”. 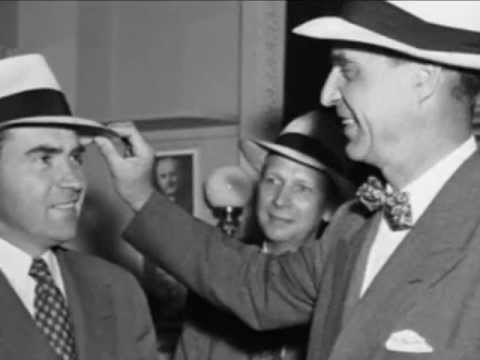 President Nixon was, also, aided in his fight against the CIA-Mormon Mafia by CIA master spy Howard Hunt and a young White House aide named Roger Stone, this report notes, with Hunt leaving a deathbed taped confession of his part in President Kennedy’s assassination, and Stone now being one of Donald Trumps top advisors.

With Roger Stone now openly stating that Hillary Clinton and her CIA-Mormon Mafia allies have murdered at least 4 people in the past few weeks(and as the SVR has likewise claimed), this report concludes, his 2013 book titled The Man Who Killed Kennedy: The Case Against LBJ is “fearfully/frightfully” showing what is going to happen by showing how it was done once before.

August 10, 2016 © EU and US all rights reserved.  Permission to use this report in its entirety is granted under the condition it is linked back to its original source at WhatDoesItMean.Com. Freebase content licensed under CC-BY and GFDL.