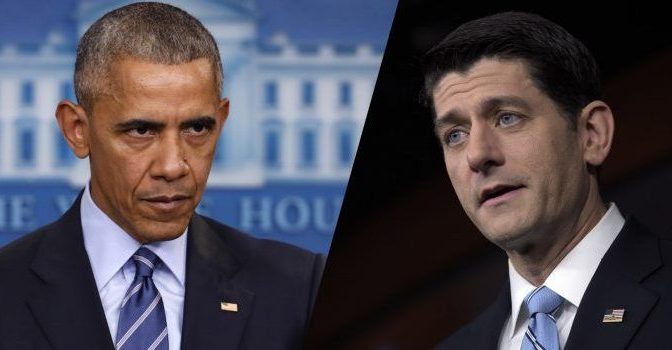 In an interview on Special Report with Brett Baier, Ryan confirmed that Obama ordered for the wiretapping of Trump Tower:

BAIER: Are you concerned, on the flip side, that the Obama administration may have been surveilling members of the Trump campaign in a pretty detailed investigation during the election?

RYAN: Well, I don’t think that’s the case. If you recall, President Obama asked the intelligence community, after the election, to canvass all the intelligence and give a report to Congress on what Russia did do and all their interactions. And in that report, nobody alleged that there a person in America, like a Trump campaign official, involved with the Russians on this. So if they would have found that you would think they would have put that in the report that they gave us in early January.

BAIER: Right, but there’s a report, June 2016, there’s a FISA request by the Obama administration Foreign Intelligence Surveillance court to monitor communications involving Donald Trump and several other campaign officials. They get turned down. And then in October they renew it and they do start a wiretap with some computer and Russian banks and it doesn’t show up anything, by reporting. Have you heard that?…