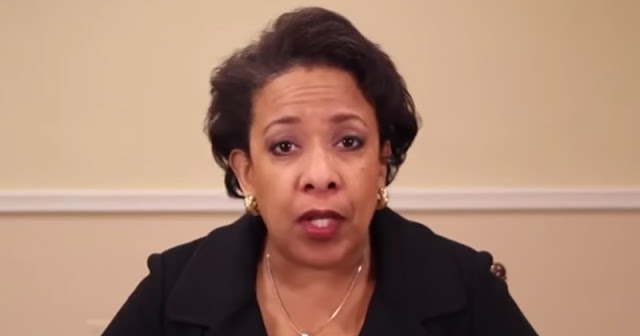 (The Daily Sheeple) The political machine of the socialist left has gone into overdrive and this time around former Obama Attorney General Loretta Lynch, who oversaw the Wall Street investigations following the 2008 crash but found no criminal wrong doing on the part of any individuals involved, released a video renewing calls for more protests and push back to the new administration.

Noting that it is a difficult time in America for many because “our rights are being assailed,” Lynch highlights past marches where people banded together to support their ideals through blood and death in the streets.

What’s alarming, is that it appears Lynch is calling on anti-Trump groups to “do it again.”

“I know that this is a time of great fear and uncertainty for so many people,” Lynch says. “I know it’s a time of concern for people, who see our rights being assailed, being trampled on and even being rolled back. I know that this is difficult, but I remind you that this has never been easy. We have always had to work to move this country forward to achieve the great ideals of our Founding Fathers.”

“It has been people, individuals who have banded together, ordinary people who simply saw what needed to be done and came together and supported those ideals who have made the difference. They’ve marched, they’ve bled and yes, some of them died. This is hard. Every good thing is. We have done this before. We can do this again.”

Source: Shock Video: Loretta Lynch Calls For More ‘Blood In The Streets’ and ‘Death’ | Stillness in the Storm