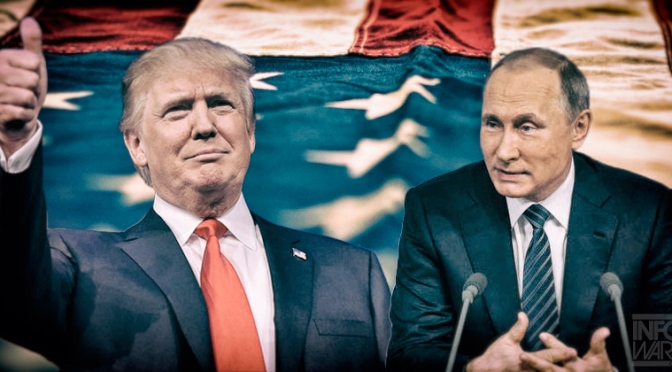 Why so much naked propaganda and fake news directed against Russia especially since Trump’s election?

The Deep State now fears a “partnership for peace” between the United States and Russia more than anything else.  It used to fear the natural alliance between Russia and Germany, since the Anglo-American domination of the world would be genuinely threatened by such a powerful geopolitical relationship.  The two World Wars were engineered to pit Russia against Germany in order to preclude such a bloc from forming. The same Neocon cabal has been very busy setting up Europe for yet a third world war by manipulating Merkel’s government against Putin’s Kremlin.  The immigrant crisis that began with the wars in the Middle East and North Africa was literally manufactured to destabilize Europe as a precursor to World War III.

However, in the wake of the Trump presidency, Deep State now has a much bigger ‘problem’—the very real prospect of a United States-Russian Federation entente.  For this reason, the C.I.A. and MSM (mainstream media) have been beating the war drums like never before.  Russia has, overnight, become the whipping boy for everything wrong with the Democratic Party as well as the scapegoat for every major intel security lapse in the USA.  The U.S. Intelligence Community will continue to fabricate patently false stories about the Trump Administration with respect to Russia as pre-emptive strikes to make any meaningful dialogue politically precarious.  At the request of the C.I.A., the MSM will also continue to publish fake news and naked propaganda about the same in order to greatly inflame anti-Russian sentiment.

Whenever the Neocon cabal wants war, they pull out all the stops.  However, in 2017, their New World Order is under serious assault around the globe and war has become an apparent necessity.  Populist movements and nationalist revolutions are springing up like mushrooms across the planet.  After the controlled demolition of the global economic and financial system, the cabal considers war — World War III — as their only real option (just as they created the Great Depression to set the stage for World War II).  Inciting extreme Russophobia has always been their means to starting the real big wars. WW3 will be no different, unless Trump and Putin meet in broad daylight and declare Deep State the archenemy of We the People everywhere.  That’s the short story, now read on for the extended back story…

I’m an author on these subjects and I can say with some authority, Michael Salla did a really good job comparing the theories of pole shift authors like Charles Hapgood, Chan Thomas, and Rand Flem-Ath in this presentation. The basic conclusion from these ice core samples is that although Eastern Antarctica has been covered in … END_OF_DOCUMENT_TOKEN_TO_BE_REPLACED