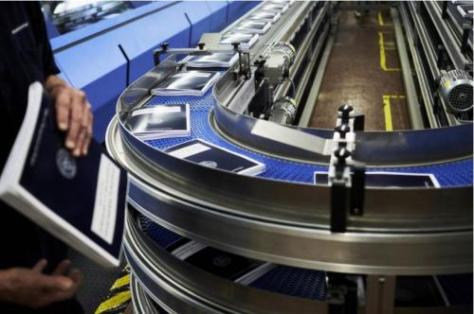 More details of President Donald Trump’s first budget proposal were reported Monday by Bloomberg and Reuters. The leaks add to the picture of what we know about Trump’s budget, which also includes a flurry of leaks published by The Washington Post, the Associated Press and Bloomberg late Sunday, which fleshed out Trump’s plans to slash entitlement spending.

In total, the budget plans to trim $3.6 trillion in spending over 10 years across all discretionary spending and non-discretionary spending lines, in order to enable tax reductions across the board: if enacted – and remember that the president’s budget is just an initial blueprint which rarely passes in its original form – the Trump administration would implement the deepest cuts to government programs in a generation, delivering the opening salvo in a new round of budget battles in Washington.

This is key to balancing the budget by the 10th year.

It also relies on rather rosy growth economic projections,  estimating that U.S. gross domestic product will accelerate to 3% by fiscal year 2020. That’s compared with Bloomberg’s median projection of 2%, and the Congressional Budget Office’s long-term projection of 1.9%. It also expects the 10-year Treasury yield to rise to 3.8% in that time, while CPI increases to 2.3% and unemployment holds more or less steady at 4.7%…

One thought on “Trump Seeks Historic $3.6 Trillion In Spending Cuts, Including Selling Half Of US Strategic Oil Reserve | Zero Hedge”