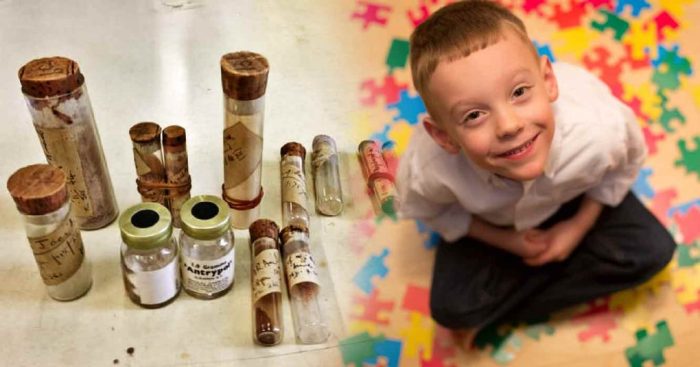 ‘According to a revolutionary new study, a drug discovered more than a century ago may hold the key to combating the symptoms of autism. After just one dose, parents of the children in the study watched their kids make incredible improvements, with some speaking for the first time.

The study’s lead researcher, Dr. Robert Naviaux of the San Diego School of Medicine is an internationally known expert in human genetics, inborn errors of metabolism, metabolomics, and mitochondrial medicine. He is the discoverer of the cause of Alpers syndrome — the oldest Mendelian form of mitochondrial disease — and the developer of the first DNA test to diagnose it. Naviaux is, by far, one of the most qualified people in the world to conduct this study.

During his research, Naviaux noted the transformative results of the drug suramin which was first developed in 1916 and used as an anti-parasitic drug for treating African sleeping sickness and river blindness. After giving a single dose of suramin to boys with autism, between the ages of five and 14, Naviaux recorded something incredible — their symptoms were significantly alleviated.’…

I’m an author on these subjects and I can say with some authority, Michael Salla did a really good job comparing the theories of pole shift authors like Charles Hapgood, Chan Thomas, and Rand Flem-Ath in this presentation. The basic conclusion from these ice core samples is that although Eastern Antarctica has been covered in … END_OF_DOCUMENT_TOKEN_TO_BE_REPLACED