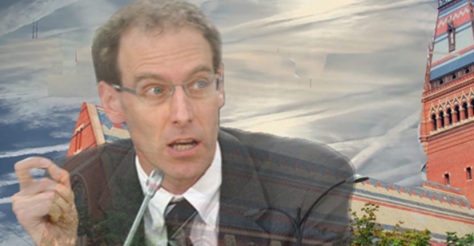 The United States government has made it official that they will eat up with scientists, in moving towards a future where they can openly spray the skies with a chemical that may help us with climate change.

David Keith, a Harvard Scientist, and his partner are going to spray the sky with aluminum oxide amongst other chemicals, to “experiment” with geoengineering: solar radiation management (SRM) to block sun rays. Their goal is to block the sun in an effort to fight back against climate change, however, there is documents of weather modification techniques being used by the military that opens doors to other hidden motives. The technology review from MIT states:
“A pair of Harvard climate scientists are preparing small-scale atmospheric experiments that could offer insights into the feasibility and risks of deliberately altering the climate to ease global warming…