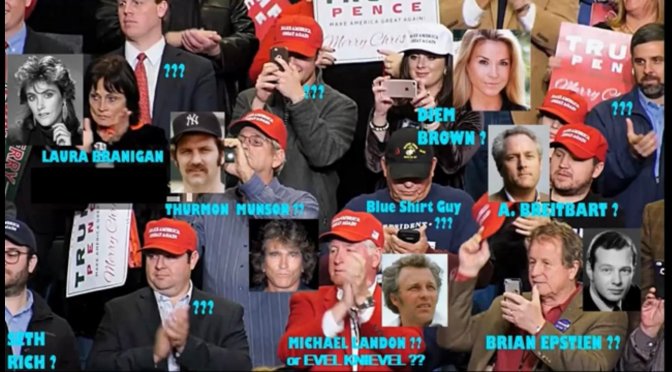 These people are still alive and showing up at Trump rallies. Are they protected witnesses against the cabal? A lot of these pictures come from Trump Rallies. This intel has been confirmed, but “not all are accurate”.

Did these people go into witness protection with Trump so that they could testify when the trials came about?

WHO spoke to you during the fireworks voiceover? #WWG1WGA pic.twitter.com/6dNyhrkbIC

A lot of these pictures are coming from Trump rallies..

68 thoughts on “UPDATED: MANY STILL ALIVE AND WITH TRUMP!!”