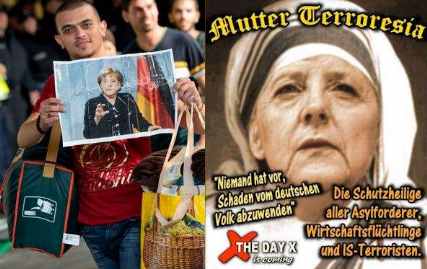 A shocking new Foreign Intelligence Service (SVR) report circulating in the Kremlin today confirms that former US Secretary of State Hillary Clinton ordered elements within the Obama regime loyal to her to pressure German Chancellor Angela “Mother of Terror” Merkel to cover up a horrifying Islamic State terror attack this past week—and that “stunningly” the American mainstream press colluded on in keeping secret too. [Note:Some words and/or phrases appearing in quotes are English language approximations of Russian words/phrases having no exact counterpart.]