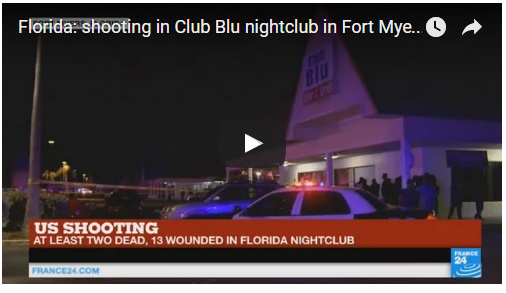 Less than a month after the tragic Orlando nightclub deaths, which have since been swept away by a series of increasingly more escalating, disturbing and deadly mass shooting assaults in Europe, moments ago newswires reported that at least two people were killed and “at least 14-16” wounded during in a shooting at a Florida nightclub, police said early Monday. According to NBC, the incident happened during a “teen night” in the parking lot of Club Blu in Fort Myers at around 12:30 a.m. ET, with some of the people at the event as young as 13.

The scene has been described as “a mad house” and there have been reports of gunshots as people were exiting the nightclub, according to Wink News, a television station based in Fort Myers. Another witness says that she heard around 30 gunshots from the scene and believes that these came from a number of weapons.