This is the Info Dump From Hell

This march towards Total War since 9/11/2001 has driven the economies of the world into almost total ruin – just as the Masons and Albert Pike Said these people would.

Again, when the Masons in England and France planned this destruction in World War Three they did not count on 2 things: Nukes and the Internet.

The world has had enough of these Lucifarians in their war to destroy Planet Earth.

Yesterday there was an information dump of over 1 million documents, including every Email from every US Department concerning this insane continuation of war, President Clinton’s Sex Tapes and soon to be released Hillary’s sex tapes.

The world leaders of the BRICS are corrupt, but no one has ever seen the evil now being perpetrated by the leaders of the Unholy Alliance: US, England, France, Germany, Belgium, Holland, Israel, and the Bank in the Vatican.

The evil so bad can’t you just feel it just pouring out of these areas.

Today the British Parliament is meeting to consider War with Russia.

It is if these leaders have all goner whacko.

Here we see the US Marine Corps painting their Jets to look like Russian Fighters so when they bomb Syrian Cities people think they are Russian Jets.

In the mean time email after email is being released exposing who is doing what as the economy continues to dump.

Very confusing – causing allot of fear and anxiousness as all you hear is bad news after more bad news.

It can be overwhelming – and this is exactly the way these leaders want you to feel – too paralyzed to do anything to stop this madness.

Years ago there was a study showing that is 1% of the square root of a population prayed for something we could change the actions of those in an area.

Lets pray that this insane war perpetrated by the Unholy Alliance stops immediately and the Evil are driven to either turn back to GOD or leave this planet immediately.

We will win this and you have to feel that in your heart.

Also prepare your family for what is coming – a full Pantry is a good start.

Thank You For Coming

ALEPPO AFTER US INTERVENTION: 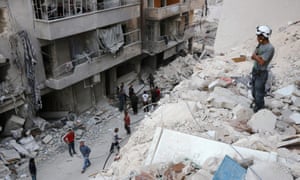 HILLARY SUPPORTS I.S.I.L. IN AN EMAIL

HELLRY TOP ADVISOR TRYS TO MAKE US A COMPLIANT CITIZENRY – WE ARE THE LITTLE PEOPLE:

TOP SECRET DOCUMENT; THE OVERALL POLITICAL OBJECT IS TO IMPOSE UPON RUSSIA THE WILL OF THE UNITED STATES AND BRITISH EMPIRE:

«Why Do They Hate Us So?»: One Western Scholar’s Reply to a Russian Student

4) Food for Liberty – Food is Life. Live well With NuManna