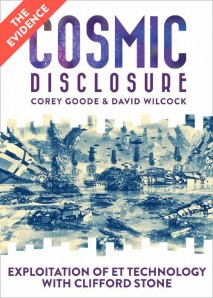 We all have seen the public scorn which shadows anyone who claims to have encountered a UFO or extraterrestrial beings. Clifford Stone confirms that an awesome effort has been made, by agencies of the U.S. government, to seek out and ridicule any such eyewitnesses in order to protect secret military operations which are charged with the collection and exploitation of extraterrestrial technology. It is during one of these operations where he uncovered a subterranean extraterrestrial facility in Vietnam; an encounter which ended violently. This discussion with David Wilcock and Corey Goode was originally webcast October 11, 2016

I’m an author on these subjects and I can say with some authority, Michael Salla did a really good job comparing the theories of pole shift authors like Charles Hapgood, Chan Thomas, and Rand Flem-Ath in this presentation. The basic conclusion from these ice core samples is that although Eastern Antarctica has been covered in … END_OF_DOCUMENT_TOKEN_TO_BE_REPLACED