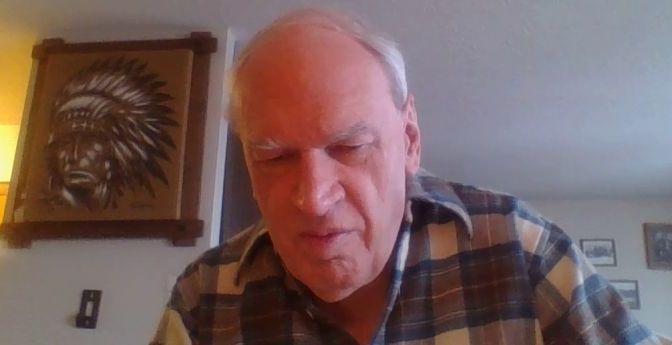 This is yet another update by Dunn that seems to pull from other data sources, such as Cobra, Corey Goode, William Tompkins, and others. Whether or not he has his own sources (independent of the aforementioned) or is just parroting others remains to be seen.

— Justin, Stillness in the Storm

Notes: Kent Dunn sources state that private military forces under Washington D.C. last night on December 24th have located and defused the nuclear bomb and a biological chemical weapon. This nuclear and biological weapon was planted by President Obama’s handlers, not by Obama personally. The White Hat forces are still looking for the nuclear bomb in the New York underground area. Kent Dunn will report on this update as soon as he gets information from his sources.

Notes will be provided as time is allowed…..

REGARDING KENT DUNN — BE ADVISED:

I have received a swath of feedback about Kent Dunn’s claims and information. Some people say he is a total fraud or shill but offer no evidence to support their claim. Others believe what he says without question, citing how well it resonates with their own beliefs.

In my personal view, in some cases, Dunn speaks about real issues that can be verified with some research. In other cases—especially regarding certain events—Dunn’s claims cannot be verified. For example, he recently alleged that mass arrests were taking place in various locations around the globe, which cannot be verified using normal means—as the mainstream media will not report on these things even if they were happening. Some seem to think that because an assertion is either unbelievable or unverifiable it is untrue, but this is not a valid basis to refute a claim’s validity.

As a result of the difficulty in validating Dunn’s information, it provides an excellent venue to test and improve our holistic discernment skills. This is one of the reasons why I am sharing his information—not because I believe it blindly.

As a result of the sensational aspect of some of Dunn’s claims, some people dismissed them entirely. I suspect that such dismissal is based on, what I call, incredulity bias—the idea that something can’t be true because it is too unbelievable. But incredulity is not a valid reason to dispute a claim.

As an example, for centuries, in Europe, it was believed unquestionably that the Earth was flat. Anyone claiming otherwise was regarded as insane. In other words, it was incredulous to most people that the Earth was anything else but flat. Of course, the shape of the planet did not change to match people’s beliefs. More to the point, incredulity alone is not enough to refute a claim’s validity. Whether you are capable of acknowledging reality or not, reality itself remains unchanged—the Truth is not democratic. An incredulity fallacy is an incorrect belief that something is not true (or is true) based on how well it resonates with our belief system.

Why am I sharing this information?

I am sharing this material for several reasons. One, because Dunn’s data is offered without supportive evidence, but is often reflective of accurate information points—but not always. Therefore, the information can be used as a way to exercise holistic discernment skills, by:

1. listening to the claims thoroughly,

2. fact-checking each point against as many data sets as possible,

3. objectively assessing each resulting comparison to determine if it is true or not. In this way, one can move beyond the intuitive, gut, or credibility level of discernment and gain skill in assessing a claims plausibility based on what is said instead of who is saying it—facts and evidence available.

While intuition and emotion are often the first steps in discernment, in order to gain laser-like precision and empowerment, one must assess a claim with evidence and logic. Thus, holistic discernment is a blend of intuition and reason, resulting in the acquisition of intrinsically derived knowledge that empowers the individual to know first hand if something is true or not—and most importantly—why. Intrinsic knowledge sourced from holistic discernment empowers us with greater powers of perception and manifestation—we can literally see more and understand more clearly what we are seeing.

All too often, people reject information because “it doesn’t resonate” or they blindly accept it because it does. But in order to know precisely whether or not a claim is true, we must look past the messenger and focus on the message. Thus, whether you think Dunn is credible or not, what he says can be analyzed and discerned. Dismissing his claims without investigation is not discernment, it is prejudice and close-mindedness.

Dunn’s claims are sometimes unverifiable. In other cases, they can be vetted. These posts service as a gateway to expose others to the information being discussed. In the future, if Dunn is revealed to be a fraud or the quality of his material proves inaccurate, I will issue an update.

For now, some of the data remains unverified and unproven, and the catalyzing effects of awakening consciousness via holistic discernment is still possible. The opportunity to polish up your discernment skills is there.

Stillness in the Storm Editor: I cannot confirm if the reports offered below are accurate. Discernment is advisable. And if anyone does have any data to confirm or deny this information, please send it to me.

I’m an author on these subjects and I can say with some authority, Michael Salla did a really good job comparing the theories of pole shift authors like Charles Hapgood, Chan Thomas, and Rand Flem-Ath in this presentation. The basic conclusion from these ice core samples is that although Eastern Antarctica has been covered in … END_OF_DOCUMENT_TOKEN_TO_BE_REPLACED