Self-professed Nazi war criminal George Soros  continues to go free and influence American politics and society.  However, part of the weapon in the war against him is to openly identify those he funds.

Both Soros and his Open Society Foundations provide funding directly or indirectly to over 200 US organizations.

sorchMarch 27, 2017 By: Sorcha Faal, and as reported to her Western Subscribers

A grim new Security Council (SC) report circulating in the Kremlin today states that the simultaneous George Soros funded protests occurring yesterday in both Russia and Belarus were meant to coincide with one of the largest NATO war exercises in history, and are but another example of the United States “prelude to war” subversive actions against the Federation.  [Note: Some words and/or phrases appearing in quotes in this report are English language approximations of Russian words/phrases having no exact counterpart.]

According to this report, George Soros is an American-Hungarian billionaire who revealed how he became wealthy during a 1998 interview with US reporter Steve Croft when he gleefully admitted that 1944, at the height of World War II, was the happiest year of his life, and was when he made his fortune confiscating the property of Jews sent by the Nazis to concentration camps to be slaughtered—and in the early 1990’s when being interviewed by a British reporter, declared he controlled America and said about himself: “I imagine myself to be God … I carried some powerful messianic fantasies that I felt I had to control them, otherwise they could lead me to trouble…it’s a kind of disease when you consider yourself God, the creator of everything, but I feel comfortable from the fact that I began to live this way.” (ENGLISH)

George Soros, the controller of America and the world’s newest “god”

With two branches of George Soros’ charity network—the Open Society Foundations (OSF) and the Open Society Institute (OSI)—being banned in 2015 by Russia as being threats to the Federations national security, this report continues, this Nazi-aligned “god” has been immune to criticism in the West due to his vast media holdings and leftist organization structure that permeates nearly every single facet of life in America today and led to him being called Hillary Clinton’s “puppetmaster”…

Infamous globalist George Soros’s shady funding of radical leftists around the world may have finally caught up with him, as Congress announce a “full investigation” of his affairs, starting with his attempt to install leftist regimes in Eastern Europe with the help of U.S. taxpayer’s money.

The investigation was launched after it was revealed George Soros used millions of dollars in U.S. taxpayer’s money, granted to his Open Society Foundation by former president Barack Obama, in order to prop up leftist causes and foment change in foreign countries.

The money was supposed to be used in a “non-biased, non-partisan” way – and when the Open Society Foundation failed to convince Congress that this law was respected, the investigation was launched.

The news of the Congressional investigation comes as anti-Soros demonstrations continue sweeping across Europe, with the Stop Operation Soros movement gaining popular support in nations concerned Soros is at the forefront of attempts to destroy their traditional culture.

CBN News report: Billionaire George Soros has long been accused of meddling in European politics, and now American lawmakers are demanding answers over reports United States tax dollars are going to help fund some of his liberal causes in the small, conservative country of Macedonia…

By Aaron Klein. The news outlet reported the Hungarian government’s move to minimize the influence of Soros’s Open Society Foundations and other foreign-funded non-governmental organizations, or NGO’s, is being “seemingly buoyed by U.S. President Donald Trump’s election victory and the ascendance of the alt-right in Washington.”

Politico reported on the role of Breitbart News in exposing Soros, falsely labeling the news agency an “alt-right website.” Breitbart News, recently ranked as the 29th most trafficked U.S. website by the Alexa rankings system, is an independent news website considered by many to be the largest conservative news site in America. It has no affiliation with the so-called alt-right movement… 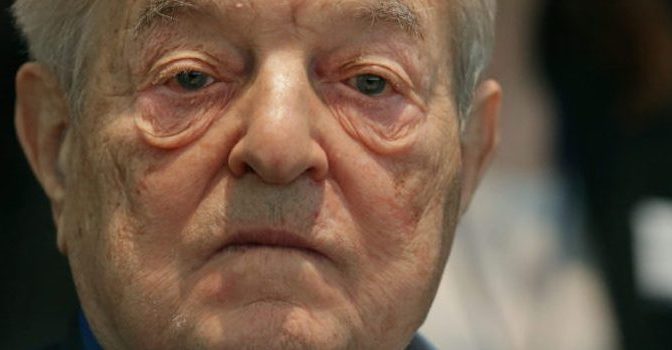 Europeans are rising up against George Soros and his Open Society Foundations in their millions, as governments on the continent mount simultaneous crackdowns on the liberal billionaire’s umbrella of globalist influence-peddling organizations.

In Hungary, where the movement has reached a fever pitch, supporters of Prime Minister Viktor Orban are vilifying George Soros’s Open Society Foundation and accusing the group of wanting to flood Europe with Muslim refugees and transform Christian nations into multicultural stews of left-wing globalism.

Poland’s governing party leader, Jaroslaw Kaczynski, may have come the closet to hitting the nail on the head, explaining that Soros-funded groups want “societies without identity.” He is backing fresh efforts to regulate the Open Society Foundation and drive it out of the country….

Western mainstream media’s anti-Russian propaganda links Moscow to the inundation of “fake news” on the web despite evidence suggesting otherwise. So, mainstream outlets like The New York Times among others make their cases with their own “fake news.”From Robert Parry:A grave danger from the Western mainstream media’s current hysteria about “fake news” is that the definition gets broadened from the few made-up stories that are demonstrably false – often fabricated by kids to get more clicks – to include reasonable disputes about the facts of a complex controversy… 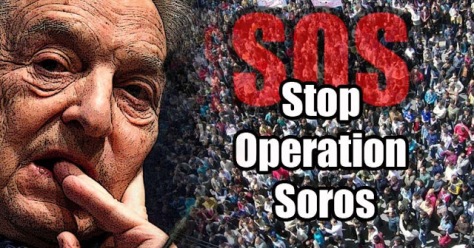 (Jay Syrmopoulos) Only a week after Hungary announced plans to purge all NGO groups funded by globalist progressive mega-donor George Soros, a new global initiative – Stop Operation Soros (SOS) – dedicated to the countering the influential political/social engineering the billionaire activist is now engaged in across the globe through his Open Society Foundations, was announced in Macedonia. 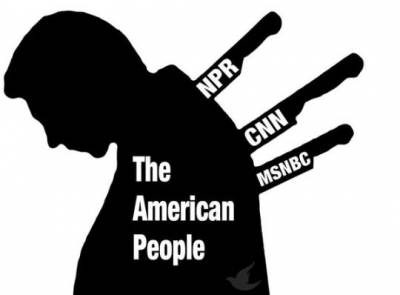 The neocon-dominated media bias is basically criminal activity, it is treason

Scandal: Leaked documents released a few days ago provide juicy insider details of how a fabulously rich businessman has been using his money to influence elections in Europe, underwrite an extremist group, target U.S. citizens who disagreed with him, dictate foreign policy, and try to sway a Supreme Court ruling, among other things. Pretty compelling stuff, right?

Not if it involves leftist billionaire George Soros. In this case, the mainstream press couldn’t care less.

On Saturday, a group called DC Leaks posted more than 2,500 documents going back to 2008 that it pilfered from Soros’ Open Society Foundations’ servers. Since then, the mainstream media have shown zero interest in this gold mine of information.

We couldn’t find a single story on the New York Times, CNN, Washington Post, CBS News or other major news sites that even noted the existence of these leaked documents, let alone reported on what’s in them.

END_OF_DOCUMENT_TOKEN_TO_BE_REPLACED 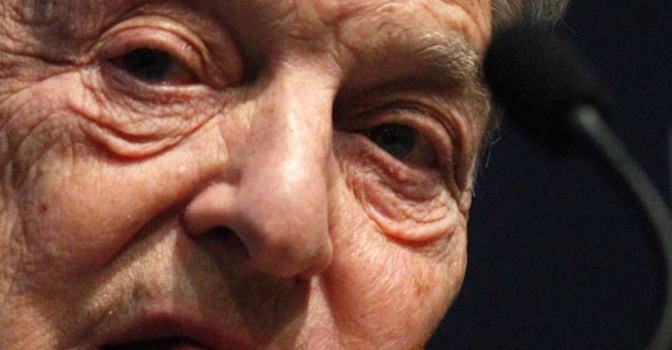 The left-wing think tank had recently released a controversial report that suggested Islamophobia was “rampant” on Twitter, leading to liberal media outlets demand that more rules, laws and regulations be imposed in order to deal with the alleged problem.

END_OF_DOCUMENT_TOKEN_TO_BE_REPLACED

This guy desperately needs a better PR agent. He’s about as popular as Monsanto

One of the biggest stories is unfolding right now, and most people probably haven’t heard it. It’s the leaks of thousands of emails and documents from George Soros’ “Open Society Foundation”, that detail strategy, tactics, grants, and more from Soros’ global network.

From the U.S. to Europe Soros’ largesse has been exposed as a major prop behind much of our society’s hegemonic liberal discourse. Light is also shed on the plans and tactics being used, particularly against Russia, to undermine traditional family structures and European identity worldwide.

As Black Lives Matter burn the streets of Milwaukee, Breitbart News is reporting that Soros has given the organization close to $650,000. Leaving no crisis to waste, the documents make explicit the strategies all of us on the Alt-Right have known Soros and co. have been pursuing for decades. From the documents (emphasis Breitbart):

END_OF_DOCUMENT_TOKEN_TO_BE_REPLACED

According to a document published by DC Leaks, Soros used his Open Society Institute to pay Al Gore $10 million dollars per year in order to make Gore exaggerate claims about man-made climate change to the public.