Ten years after the release of Al Gore’s Inconvenient Truth, none of the film’s dire climate change predictions have come to pass… 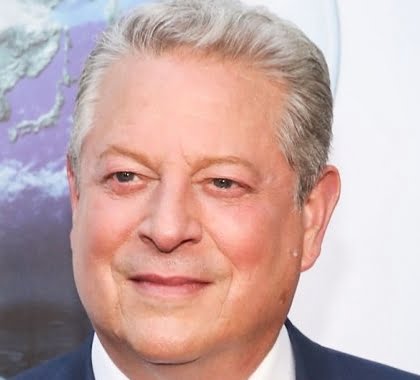 Although his science is often seriously wrong, no one can deny that Al Gore has a flare for the dramatic. Speaking about climate change in an October 12 PBS interview, the former vice-president proclaimed, “We have a global emergency…

Over the next few days the task set before the American People, Congress and the President Elect Trump will be to uninstall the Obama Satanic NAZI regime and all the damage they have done to us – not only here in America but around the world.

President Obama is the only individual who received the Nobel Peace Prize and bombed 7 countries: Libya, Syria, etc.

The last 5% will not be an easy task. A story breaking last night by a George Soros/CIA Fake News Site is that 50 Republican Delegates and 16 Democratic Delegate voted illegally. This story is not only fake but intended to stop the election process and will more than likely be ignored.

As you recall the last time a NAZI Democrat was lost power in 2001 then Vice President Al Gore screamed and hollered and claim the whole election was a fraud, despite over 3 million dead people and at least 15 million Fake Ballot that all voted for him. Remember the Hanging Chad stories 16 years ago!!!

When Clinton left office the economy was so bad that in 2001 the US Inc was spending dollars not collected until 2004 – this is how he cooked the books.

The same story will be recycled for tomorrow – same story, different decade.

There is a difference though. There is a New Kid in town and he is supported by some very powerful people who are turning over the entire Elite Core.

AS for the economy – last year the US Department of Defense announced it had spent $6.7 Trillion on a $700 Billion Dollar Budget. The Obama Regime is out of control.

Keep in mind that the entire world’s Underground Space Program is paid for with checks from the US Navy.

END_OF_DOCUMENT_TOKEN_TO_BE_REPLACED

UNITED States of America — It can now be reported that the patriotic U.S. Military Flag Officers are ready to declare a ‘National Emergency’ in order to prevent the Bush-Clinton-Obama-CIA-NSA NAZI Paperclip occupation U.S. government from staging a massive FALSE FLAG PSY OP aka a massive attack on the American People, which will lead to a final declaration of MARTIAL LAW, which will cancel the U.S. presidential election and allow the TREASONOUS NAZI Paperclip administered Department of Homeland Security (DHS) to begin a round up and imprisonment of U.S. citizens.

The patriotic U.S. Military Flag Officers are now working directly with the Russian Federation and now have ‘smoking gun’ evidence linking the U.S. CIA to the funding and arming of ISIS terrorists aka CIA, Israeli Mossad and British Intelligence manufactured and scripted “crisis actors”.

END_OF_DOCUMENT_TOKEN_TO_BE_REPLACED

The questions, including tense exchanges about missing emails from a high-profile government archive, spanned years when the then-candidate was one of the most senior officials in government.

If the political drama sounds familiar, it should.

Sixteen years ago, then-attorney general Janet Reno rejected for a third time a recommendation to appoint a special counsel to investigate Gore’s campaign fundraising activities in 1996. (After refusing to set fire – at the Clinton’s direction – to innocent people in the Koresh/Waco murders, and where several of the FORMER Clinton bodyguards were set up to be executed at Waco, Janet Reno had been horizontalized, and a clone replacement followed who did the bidding of her ‘handlers’.)

END_OF_DOCUMENT_TOKEN_TO_BE_REPLACED

(NaturalNews) Critics of globalism and the climate change narrative have been warning us for some time that things are not what they seem, and that the true globalist agenda involves a plan which includes depopulation as one of its central goals.

Now, the global elitists are beginning to publicly play their hand by introducing the concept of taxing childbirth. In short, they have disguised their global depopulation scheme as being a necessary action in the effort to fight climate change.

‘Maybe we should protect our kids by not having them’

A recent NPR broadcast documents the unveiling of the depopulation/taxation scheme as envisioned by Travis Rieder, a “philosopher” with the Berman Institute of Bioethics at Johns Hopkins University, who claims that not having children is a “moral duty.”

END_OF_DOCUMENT_TOKEN_TO_BE_REPLACED

According to a document published by DC Leaks, Soros used his Open Society Institute to pay Al Gore $10 million dollars per year in order to make Gore exaggerate claims about man-made climate change to the public.