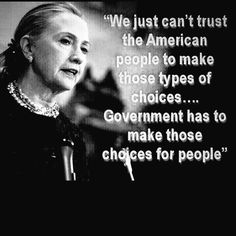 September 10, 2016 By: Sorcha Faal, and as reported to her Western Subscribers

An absolutely chilling Ministry of Foreign Affairs (MoFA) report circulating in the Kremlin today is warning that the massive concentration camps overseen by Hillary Clinton in the West African nation of Ghana is a “model/experiment” she is planning to install in American should she win the presidency—and whose first victims will be the tens-of-millions of those people who support her opponent Donald Trump, and who yesterday she branded as a “basket of deplorables” and warned her supporters were “irredeemable” and “not America”. [Note: Obama-Clinton hatred of both Russia and Israel is due to neither of these nations acceptance of what is called open border globalization.] [Note: Some words and/or phrases appearing in quotes in this report are English language approximations of Russian words/phrases having no exact counterpart.]

According to this report, Federation intelligence analysts have known for decades that Hillary Clinton is part of a leftist-communistic elite cabal (that includes President Obama) operating as a fifth column [a group of people who undermine a larger group] in the United States led by the teachings of her mentor Saul Alinsky—and who in the 1970’s were discovered by the US Federal Bureau of Investigation (FBI) to be plotting the murder of over 20 million Americans.