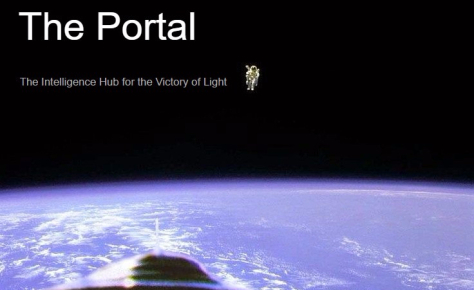 Clearing of the Chimera group continues. The Light forces are intensively clearing the head of the Yaldabaoth entity with all plasma anomaly and plasma toplet bombs and all plasma scalar technologies of the Veil. Realizing that they are going to lose, the Chimera have stepped up the plasma attacks on the key Lightworkers and Lightwarriors that are beyond brutal.
On Wednesday, the Light forces of the Galactic Confederation and the Ashtar Command have begun full force active removal of all plasma negativity near the surface of the planet. Every direct intervention of the Confederation forces inside the quarantine Earth provokes retaliation by the Chimera and they started first by trying to provoke nuclear exchange between USA and North Korea:
https://www.rt.com/usa/383652-keane-north-korea-nuclear/
https://www.youtube.com/watch?v=jV0GRuR99ZM&feature=youtu.be
Although there was limited nuclear exchange on Wednesday in one of the underground bases, vaporizing a certain number of Dracos working for the Chimera, the Light forces do NOT allow nuclear exchange beyond the scope of mini nukes on the surface of the planet.
Realizing that they will not be allowed to go nuclear, the Chimera have resorted to trying to trigger a global war with conventional weapons.
Through the Archon and Jesuit network, they have pressured Trump to attack Syria:
https://www.rt.com/news/383782-us-strikes-syria-tomahawaks/
Trump did this without approval from the Congress, which is a clear violation of the Constitution:
http://www.washingtonexaminer.com/tim-kaine-trump-has-no-congressional-authorization-for-syria-strike/article/2619644
This military action helps the Archons in their attempt to retake Palmyra, a crucially important vortex point within the Syria pentagram:
http://www.presstv.ir/Detail/2017/04/07/517062/Syria-Daesh-Palmyra-US-Russia-airbase
https://www.rt.com/news/383826-isis-used-us-airstrike-syria/
The plan of the dark forces is to involve Turkey and Israel in the conflict, and expand it throughout the Middle East:
http://presstv.ir/Detail/2017/04/06/516998/Turkey-Iraq-PKK
They are hoping of provoking Putin, but he is in contact with brilliant Pleiadian military strategists and most likely he will play it wisely, using diplomacy, international public opinion and military support to Syrian army rather that direct confrontation with the United States.
The international public is becoming more and more aware that the chemical gas attack in Idlib, which Trump used as a pretext to attack Syria, was a false flag:
http://russia-insider.com/en/politics/real-justice-syria-gas-attack-moscow-submits-evidence-new-resolution-unsc/ri19455
https://sputniknews.com/middleeast/201704051052334782-idlib-chemical-attack-no-facts/
http://theduran.com/confirmed-chemical-weapons-in-idlib-were-stashed-by-terrorists/
https://sitsshow.blogspot.com/2017/04/ron-paul-says-chemical-attack-in-syria-makes-no-sense-all-signs-point-to-a-false-flag.html#more
Involving White Helmets.
http://www.veteranstoday.com/2017/04/06/swedish-medical-associations-says-white-helmets-murdered-kids-for-fake-gas-attack-videos/
http://humansarefree.com/2017/04/chemical-weapons-attack-in-syria.html
Now Trump worshipers are finally beginning to sober up:
http://www.mirror.co.uk/news/politics/donald-trump-bombed-syria-biggest-10178367
The Light forces will do whatever they can to limit the escalation of this military conflict as much as possible. Dragon sources have reconfirmed that this will be a short, intense but limited escalation. The Resistance is expecting the situation reaching its peak next Tuesday.
Goddess wants peace and peace it will be!
PS. Just as I wanted to post this update and the next update which will be even more important, blogger went down for a few hours worldwide, delaying my post:
http://downdetector.com/status/blogger
An interesting „coincidence“.
Victory of the Light!

via Planetary Situation Update — The Portal

Our meditation on Sunday was the turning point in the decisive battle for the energy grid of planet Earth that is taking place between January and April 2017, and one of the biggest victories of the Light. It is estimated that our meditation has cut the remaining waiting time towards the Event by half.The critical mass has been more than reached. Somewhere between 1 and 2 million people were informed about the meditation with around 150,000 to 200,000 people actually participating. There were so many people meditating that the server for one of the main websites for the meditation crashed because too many people tried to connect and join the meditation… 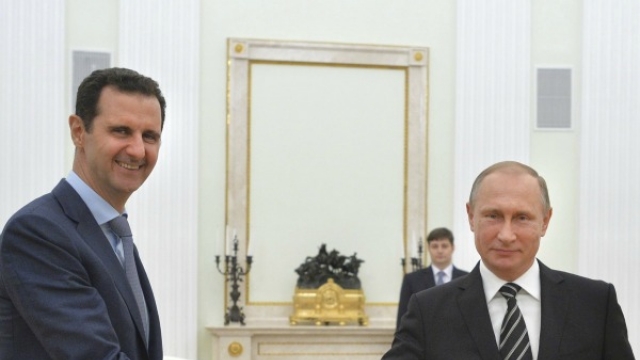 NWO agents are blind because the New World Order ideology itself wasn’t formed on the basis of reason.

Jim W. Dean has done it again. He has recently destroyed the New World Order ideology in Syria by saying that the US insisted “during the Aleppo negotiations with Lavrov that a three to five day ceasefire was needed BEFORE the jihadis left the city.”

This is obviously diabolical. Everyone knows that the US has yet to condemn the jihadis for killing innocent civilians and even for violating the previous cease fire in the region.

If Lavrov did accept the three-to-five-day ceasefire, then the US would almost certainly use that time to forge a covert operation which would push the Assad government to do something irrational. If Assad happens to fall in that trap, the US would use that excuse to say that Assad again must go.

Obviously New World Order agents underestimate Assad’s political and intellectual powers. During a recent interview with Russia Today, the much-debated Assad grabbed his political sword and began to roll New World Order agents’ heads. RTasked, “Palmyra is another troubled region now, and it’s now [being] taken by ISIS, but we don’t hear a lot of condemnation about it.” Assad responded:

“Exactly, because if it was captured by the government they would be worrying about the heritage. If we liberate Aleppo from the terrorists, the western officials and the mainstream media, they are going to be worrying about the civilians. They do not worry when the opposite happens, when the terrorists are killing those civilians or attacking Palmyra and destroying the human heritage, not only the Syrian heritage.”[1]

“It’s always important in politics to read between the lines, not to be literal. It doesn’t matter what they ask. The translation of their statement is for Russia [to] ‘please, stop the advancement of the Syrian Army against the terrorists.’

“That is the meaning of their statement, forget about the rest: “You went too far in defeating the terrorists, that shouldn’t happen. You should tell the Syrians to stop this. We have to keep the terrorists and to save them.”[2]

The Syrian civilians living in Aleppo are happy that Assad, with the help of Russia, has liberated the city from the jihadis. Not a single Western media has reported that this is a good thing. The New York Times, the Washington Post, CNN, Fox News, the Wall Street Journal, and all the major media conglomerates have been completely silent on this issue…

via Assad to New World Order agents: So, you don’t want me to fight against your terrorists? — Veterans Today

‘Islamic State militants used a break in the US-led coalition’s advance against them to launch offensive in Palmyra, while counting on the fact that Russia will not conduct airstrikes on residential areas, the Russian Defense Ministry said. The setback shows that terrorists should not be given the opportunity to regroup. “Seizing on the suspension of…

Daesh’s attack on the ancient Syrian city of Palmyra was staged for propaganda purposes, and it also reflects a desire to make government forces withdraw from Aleppo, experts told RIA Novosti.

via The Road to Ruins: Why Daesh Decided to Recapture Palmyra — Sputnik International

I’m an author on these subjects and I can say with some authority, Michael Salla did a really good job comparing the theories of pole shift authors like Charles Hapgood, Chan Thomas, and Rand Flem-Ath in this presentation. The basic conclusion from these ice core samples is that although Eastern Antarctica has been covered in … END_OF_DOCUMENT_TOKEN_TO_BE_REPLACED