There has just been a huge  release of the Malware the NSA is currently using to shut down computers world wide.

In a fairly recent story brought forth by The Intercept and Sorcha Faal It was revealed by Matthew Hickey of Hacker House that these NSA created Malwares are capable of shutting down every computer in America.

Further – many of them are currently targeting the Western Banking System and the SWIFT System – which used to control all trades world wide until 13 days ago when the Russian National Bank opened it’s first bank in Beijing and began trading using the Chinese CHIPS System.

These Malware Viruses are expected to shut down all Non-Windows 10 computers – gee – go figure – forcing the public to update all of their operating systems.

Further – these NSA Malware programs are allowing the targeting off all media the NSA/CIA/FBI do not agree with – Kind of like when the Satanic NAZIs shut down all news papers on Germany not loyal to the NAZI cause of mass murder.

Now Face Book is using these Malwares to shut down all of those who are supporting the election of Marine Le Pen – an Anti-Satanic NAZI candidate for president – in the election in France.

What can you do to avoid being shut down?

Download a good Anti-Virus Program and use it daily.

If you get infected by a New NSA Virus or Malware – shut your computer off for a couple of days. When you turn it back on download all Anti-Virus updates and anti-Malware updates, turn off the internet, and run the programs.

Sometimes it takes a couple of days for these Anti-Virus and Anti-Malware programs to catch up with the latest CIA/NSA/FBI viruses and malwares.

What is really happening is that the NSA/CIA/FBI have lost control of the Internet and are now trying to shut down all who tell the truth and sponsor their own websites on the internet to feed you pure, unadulterated lies… 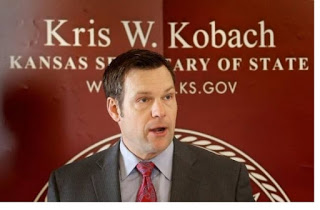 April 15, 2017 By: Sorcha Faal, and as reported to her Western Subscribers

Another global war related Ministry of Defense (MoD) report circulating in the Kremlin today says that President Putin has ordered an air defense missile regiment of the 1st Guards Tank Army of the Western Military District to deploy to the Astrakhan Oblast with their Tor-M2U surface-to-air missile systems in order to “protect/oversee” the loading of the feared Aviation Thermobaric Bomb (known as the “Father Of All Bombs”) aboard their Tupolev Tu-160 (the largest and heaviest Mach 2+ supersonic aircraft ever built) combat aircraft who will then disperse to their “strike point” airfields throughout the Federation—with the stated reason for this action being cited is due to the United State no longer being able to be relied upon as its military and political apparatus has now become a “creature of lies”.  [Note: Some words and/or phrases appearing in quotes in this report are English language approximations of Russian words/phrases having no exact counterpart.]

According to this report, the MoD’s Aviation Thermobaric Bomb is the largest non-nuclear weapon ever created in history that can inflict a 44 ton-yield when detonated and weighs 7,100kg (15,652 pounds)—and whose only counterpart is the United States GBU-43/B Massive Ordnance Air Blast bomb (MOAB) (known as the “Mother Of All Bombs”), which has a much lesser 11-ton-yield, and a much heavier weight of 8,200kg (18,077 pounds).

Angering both President Putin and the MoD thus causing the deployment of these “Father Of All Bombs” to their “strike point” airfields, this report continues, was the US this past week performing a theatrical display of their “Mother Of All Bombs” in Afghanistan—that at its most basic rendering explanation saw the Americans detonating their $315 million weapon to destroy a cave complex their Central Intelligence Agency (CIA) spent nearly $1 billion building in the 1980’s for their then Islamic terrorist allies.

This US bomb attack came just prior to a 12-party peace conference on Afghanistan expected to begin 21 April in Moscow, this report details, and broke an “implicit agreement” made between President Putin and President Donald Trump (relayed through US Secretary of State Rex Tillerson) that the Americans wouldn’t aggravate tensions in this region prior to these latest attempts to reach a peace were made.

On April 12, the U.S. Air Force dropped the largest conventional bomb in the Pentagon’s arsenal to flush out Islamic State terrorists according to official Pentagon reports. However, insider testimony suggests another reason for the use of the MOAB bomb. The undisclosed goal is to flush out, capture or destroy giants hiding in Afghanistan’s ancient cavern system who possess technological secrets going back to the origins of human civilization.

The Massive Ordnance Air Blast Bomb (MOAB), aka “Mother Of All Bombs” contains 21,600 pounds of explosives and has a mile-long blast radius. The Intercept reported that the MOAB was not used by the Bush administration back in 2003 due to fears of collateral damage.

President Donald Trump appears to be living up to his pledge to “bomb the shit”out of ISIS. But is he? Are ISIS terrorists the real target or just a cover for an undisclosed enemy? A threat Trump may not have been briefed about, but one locked in the cross-hairs of the “Deep State” that is really behind the Pentagon attack.

A number of whistleblowers have come forward with stories of giants hiding in Afghanistan and other locations, where these giants are currently awakening from “stasis chambers” they have been asleep in for thousands of years… 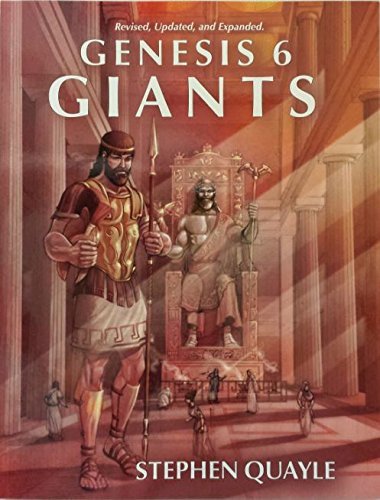 I’m an author on these subjects and I can say with some authority, Michael Salla did a really good job comparing the theories of pole shift authors like Charles Hapgood, Chan Thomas, and Rand Flem-Ath in this presentation. The basic conclusion from these ice core samples is that although Eastern Antarctica has been covered in … END_OF_DOCUMENT_TOKEN_TO_BE_REPLACED