The world is apparently waking up and those on top are not liking where we are headed.

Changes – huge changes – are coming as those in charge realize their lives are on the line……Congress, most CIA Members, FBI agents, etc – one false move and this planet becomes a Meteor Shower.

Here are some very interesting stories:

1) While Hillary, and her 3 doubles, are in for Brain Surgery the killings of those who oppose her are continuing.

2) A Bombing it Turkey by a 12 year old child just killed, and wounded, over 59 people. All indication are that the child was armed by ISIS – A Private Hit Agency run out of the US Embassy in Ankara.

3) This means that the Hillary Murders may be managed out of this Embassy as well and Hillary may not, indeed, have much to do with them. This puts the blame squarely on the shoulders of US Ambassador to Turkey John Bass – who  earlier served on Dick Cheney’s Staff and served in the State Department’s Operations Center during the Russian Invasion of the nation of Georgia – to secure their pipeline. He was then transferred to be the US Ambassador to Georgia at which time a few random attacks plagued the Russian Pipeline.

4) Hillary’s Foundation is apparently raising money right now by placing bets on a when they are planning to kill a Trump Member while not getting caught.

I have known Field McConnell for a while. He retired out of the Marine Corp as a Pilot and began flying 747’s. He is a straight shooter and calls it like he sees it. He will lie for no one.

5) The Pentagon Spokesman has just stated that he does not see the Ukrainian Invasion of Russia any time soon.

They will not, however as of yet, allow the Eastern provinces to return to Mother Russia despite the Treaties signed back in 1991.

In other words- the Pentagon has been told to stand down in any invasion plans but will not honor any treaties – they are still GODS in their own eyes.

The Invasion plans for Russia – Operation Pincer – may also be cancelled for the Day after tomorrow – as the West may not be able to get spare parts for their Jets, Tanks, cars, etc as nation after nation turn to the Gold Backed Yuan for international trade.

6) On a private note – the US Treasury, Federal Reserve, IMF are in – shall we say politely – In Flux – and it’s individual members are “confused.”

7) Obama never went to Louisiana during the flooding until Yesterday, He went underground because there was a real threat to his life we discussed around 17 August that precipitated into an “Emergency Vacation.” He hid underground for a few days.

So give Barry Soetoro (Pres Obama) some slack as some CIA Shooter out of – I believe an Embassy – was after his hide.

8) Finally, Monsanto is losing millions as farmers in India rebel and plant indigenous cotton seed again. Pray that those American’s Sent to work out of the US State Department in New Dehli are not able to kill these farmers.

Pray that the US Ambassador to India Rahul Verma (and Kathleen Stephans) is held to the Fire if any of these farmers are injured.

India needs to consider removing the US Embassy from India if these things do happen.

Folks – thank you for praying that things get better and your family is prepared.

To the smartest, most awake, and one of the largest audiences in the world – thank you for participating and remember:

This is YOUR channel, your voice to the world.

Flood waters in Louisiana may look like Katrina, but the FEMA response does not

OK – A Prop Picture, Labs do not need rescuing out of 8 inches of water…

Now here’s a twist: US tells Kiev not to worry about Russian invasion | World News |Axisoflogic.com

They are all friends at the top.

US Ambassador to India, Richard Verma

A nice set of clothes….

What I am supposed to wear to formal dress parties – but I avoid them like the Plague. 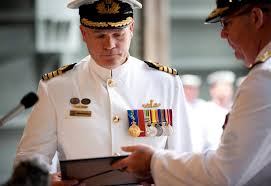 5) SEA WEED – CLOSED EVERY AUGUST TO HARVEST THE SEA WEED

Source: DR WILLIAM MOUNT: The World Is Waking Up