Last week somebody hacked into my computer so that the video at the link below started playing as soon as I turned it on. It purports to show the destruction of the Black Night Satellite that many people in US intelligence agencies like the NSA insist has been stopping humans from leaving the planet earth.

This news coincides with announcements by NASA of age reversing pills and faster than light travel technology that will allow us to go to visit newly discovered earth like planets.

CIA sources are also saying a secret presidential order was given to release free energy technology as well as existing anti-aging technology.

The only thing that is blocking humanity from this future of immortality and exponential expansion into the universe is now a small group of people clinging to control of financial computers at the Federal Reserve Board, the Bank of Japan, the European Central Bank and the BIS. These computers need to be physically seized in order to allow the issuance of unlimited funds to let humanity spread its wings and fly.

The individuals who have been forensically identified as blocking the funding for a new age are Janet Yellen at the Fed, Mario Draghi at the ECB, Haruhiko Kuroda at the BOJ and Agustin Carstins at the BIS. Special Forces need to go and seize these individuals and occupy the computer centers at the central banks ASAP in order to ensure the liberation of funds for the planet earth.

If these computers and the parasites who control them are removed, multiple sources in various charitable foundations are saying that not just trillions but actual quadrillions of dollars could be released to finance an end to poverty and environmental destruction as well as research into immortality and unlimited expansion into the universe.

The battle against the controllers of the Babylonian debt slavery system these central banks oversee is continuing towards final victory. Former US President Barack Obama has vanished from public view and is probably undergoing interrogation. Also last week the body of Bill and Hillary Clinton’s long term associate Vincent Foster was exhumed and was found to have two bullet holes to the back of his head meaning the cause of his death was changed from suicide to murder. Pentagon and CIA sources say this finding will lead to the Clintons being prosecuted for murder.

The death of the big Kahuna, David Rockefeller, was also formally announced last week by his family. CIA sources say Rockefeller was kept in stasis in a vegetative state for months at an Antarctic base before the family finally gave up and announced he was no longer with us.

When this writer was first informed by the Japanese authorities of a plot by the Western elite to kill 90% of humanity through disease, starvation and nuclear war, they handed me material showing that Rockefeller sat at the head of the Bilderberg Group, the Council on Foreign Relations and the Trilateral Commission and other top groups of Western power brokers. Thus he was a prime suspect as the originator of this fiendish plan.

However, when I actually met Mr. Rockefeller I had the impression that, deep inside, this man thought he was doing good for the planet. The question that upcoming truth and reconciliation investigators need to answer now is how was how his vision for a united planet earth in harmony with nature got distorted into a nightmarish genocidal plan.
The forensic trail that started with Rockefeller led to…

The full report will be posted in 3 days

Source: Immortality and exponential expansion into the universe will come after final cabal defeat

END_OF_DOCUMENT_TOKEN_TO_BE_REPLACED 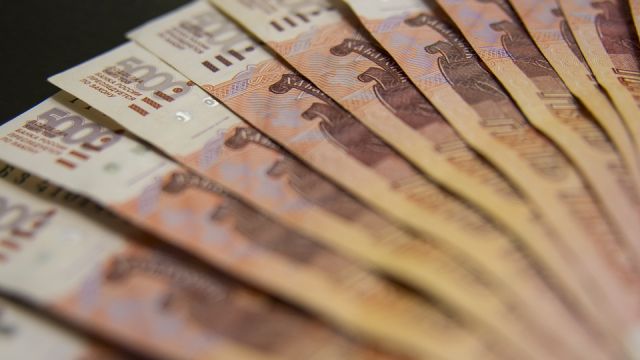 Russia leaves the Dollar based monetary system and adopts a system of Sovereign Currency.

The implications are phenomenal!!!

“In 1990 the first priority of Washington and the IMF was to pressure Yeltsin and the Duma to “privatize” the State Bank of Russia, under a Constitutional amendment that mandated the new Central Bank of Russia, like the Federal Reserve or European Central Bank, be a purely monetarist entity whose only mandate is to control inflation and stabilize the Ruble. In effect, money creation in Russia was removed from state sovereignty and tied to the US dollar.”

2016: “The Stolypin club report advises to increase the investment, pumping up the economy with money from the state budget and by the issue of the Bank of Russia”. Putin decided to follow the Stolypin club advice as the new monetary policy of the country.