As you recall – there was an invasion by French, British and Japanese forces of Russia between 1918 and 1920 in an attempt to destroy both the Hermitage in St Petersburg and rip away the Eastern portions of Russia.

As for the Invasion of St Petersburg, the French and British had just finished 4 years of Trench Warfare and they were double crossed by the leaders of St Petersburg and routed back to the Russian Port of Arch Angel and their evacuation was protected by a US Task Force.

The US lost 244 men evacuating the French and British.

As for the Japanese – in the East part of Russia they were threatened with all out war and evacuated the area, choosing to attack China only   few years later when they invaded Manchuria.

During the later part of Baby Bush’s Regime Operation Unthinkable was dusted off and re-examined.

Operation Unthinkable was the Allied plans to invade Russia way back in 1945 put forth by none other than Prime Minister Churchill and US General Patton. For this Patton was killed and Churchill retired.

Later updating this under US Contingency Plan 8010-09,thten 8010-12 and now 8010-15 the Obama Regime not only dusted this plan off but began implementing it.This plan – now pulled off of the Internet – calls for an initial Nuclear Strike against all military targets in a “Family Of Nations”: being North Korea, Syria, China, Iran and Russia. All the countries that are not listening to the Rothchilds and the Vatican Trust, which is run by the P-2 Masonic Lodge on Rome by the 40th through 46th level Masons there – yes – there are 13 levels above the 33rd level.

The ensuing war would then be declared over, leaving most of the world’s population dead through radiation poisoning and starvation.

This plan was attempted in Early September of this year but German Tankers refused to fire on Balarusan Tanker as they were jointly having tea.

Further – the Riot that was supposed to happen in the Russian State of Smolensk Russia never appeared thanks to the KGB and some hand picked Russian Troops.

As you recall – the next day someone jumped into Angela Merkel’s motor-cade and tried to kill her for not starting this Insane War.

Instead of a Nuclear War – the world woke up.

So now we have a President (Obama #4, 5, and 6) stating they refuse to leave the White House after the 20th and the Alternate Media – being enflamed by CIA Operatives who run these main Alternate Media Channels – are getting the world up in arms over these statements.

Well – First of all – The President is going to leave the White House on the 20th or his handlers will be – shall we say – replaced abruptly, so HE has said it, so it shall be.

Second – moving trucks are already in the White House and are moving this Human Scum, out just as fast as Humanly Possible

Third – If Obama’s Handlers attempt any delay in President Elect’s Inauguration heads will roll. We think they got then message when their underground base at Denver was literally blown up a few short days ago.

Fourth – as for the Economic Collapse – what may occur is several things:

…A) First – the State Governors spending more than they are taking in and violating their own Balanced Budget Laws  in are going to be held accountable. This may mean arrests of these last Satanic NAZI Hold outs like Governor Inslee of Washington and Brown of California.

…B) All federal grants may be terminated.

…C) Taxes used to support Private Corporations like – the School Districts, Universities and Foot Ball Stadiums – must be terminated for a New US Dollar to be circulated.

…D) The American Crude Oil will need to be sold worldwide at around $10 a Barrel and this alone would eliminate America’s Trade Deficit in 24 hours. American Oil Dollars could then be used to support the Trump Administration as it is now done in Russia.

America – at current levels of Oil Consumption – has enough oil to supply the world for 200 years.

As for Rumors about Vladimir Putin being appointed as the New Tsar of Russia:

On July 17th 1918 it was rumored that the Russian Tsar and his family were executed. They were actually transported out of Russia and held in what I believe to be a safe place in England.

The Royal Russian Family, like most Royal Families, spread their family out into Surrounding Nations just in case there was a revolt. Some of them are in England, some in Iran Etc.

The Original Vladimir Putin was raised in Iraq and his father was Stalin’s Coach Driver and Food Tester.

The Original Vladimir Putin as trained by the KGB and it is rumored by the Chinese Intelligence that he was killed 40 years ago and replaced by the New Vladimir Putin who, like most political leader, has doubles.

Whoever they appoint as their New Tsar – it is a title only meant to confuse the masses.

As for the war – the False Flag on the 14th at a Naval Base in Norfolk has been forcibly cancelled as the 3 star at Norfolk is about to reveal all – the Obsolete Carries will not be blown up even though they are all in port.

Obama’s Planned Unthinkable 2017 war will not be implemented and he will not redo FDR’s Pearl Harbors Speech 8 December 1941 and start WW3.

It’s over for him – he will not be King of the world, he will not start WW3, he will not kill Trump at the Inauguration and all those that try to destroy our economy will be killed.

The Power Base of this New World Order is literally crumbling.

If Donald Trump wishes I will reveal to him, and him alone, the largest Chrome Deposit in the world – a very essential metal to our modern life – here in the United States to help back the New US Dollar.

Perhaps we will even show him how to grow metals – like gold. We watched this process at US Berkeley as they grew Iron out of the ether way back in the 1970’s during a Metallurgy 101 class.

So now you know the rest of the story.

Please pray (Visualize) that all of the Satanic Evil Deeds are stopped.

try sending love to every drop of water coming out of the White House Faucets over the next year.

Please also send Love to those who run the You Tube.

Both are incredible oils and will last a very, very long time and most importantly – Jane loves them both and both are very inexpensive. 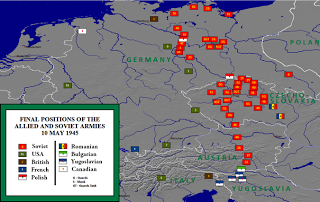 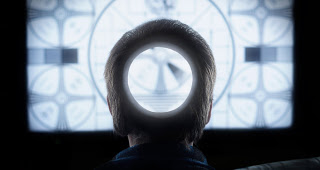 The Execution of Tsar Nicholas II, 1918

A look inside moving day at the White House | abc13.com 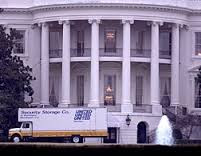 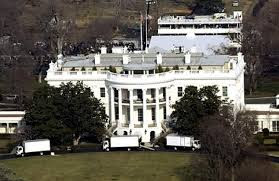