Now that Donald Trump showed his true colours as a Zionist (Khazarian mafia) sleeper agent, he is becoming increasingly isolated and is guilty of provable war crimes, Pentagon, CIA and other sources agree. “Trump is toast,” was how a CIA source described the situation.

Trump has been pushed by his Zionist handlers into trying to start World War 3 because these religious fanatics still think they are somehow going to start a war between “Gog” and “Magog,” kill 90% of humanity and enslave the rest. To this end Trump ordered an attack on a Syrian airbase where Russian personnel were stationed. That is also why Trump tried to start a war with nuclear armed North Korea last week.

The situation with North Korea was designed by the Zionists to provoke to ultra-macho antagonists, North Korea’s Kim Jong Un and Donald Trump, into a situation where neither man could back down without losing face. The North Koreans said they had a right to test missiles etc. any time they want, especially on the 105th anniversary of the birth of their country’s founding father Kim Il Sung. Trump said, “if you do that we will attack.”

So, a face saving solution was engineered with a missile that blew up immediately after launching. The North Koreans were able to claim they went ahead and did their test despite Trump’s threats. The Zionists were able to hint they sabotaged the test with unspecified secret weapons. The important point being that Zionist attempts to start World War 3 failed yet again and will continue to fail.

These provocations are just one sign there is something undeniably dysfunctional going on with the Trump presidency. A few weeks ago Trump was invoking President Andrew Jackson and hinting about nationalizing the Federal Reserve Board. Now he is saying FRB chief Janet Yellen can have another term in office. He also turned from provoking the Chinese and accusing them of being “currency manipulators” to brazenly sucking up to them and denying they manipulate their currency.

These flip flops may be connected to the arrival of yet another bankruptcy deadline for the United States Corporate Government, in this case the expected Bankruptcy of the US Corporation’s Puerto Rico subsidiary on May 1st. Despite efforts to paint this as a municipal bond type problem, this could trigger a domino effect that finally takes down Zionist central in Washington D.C. 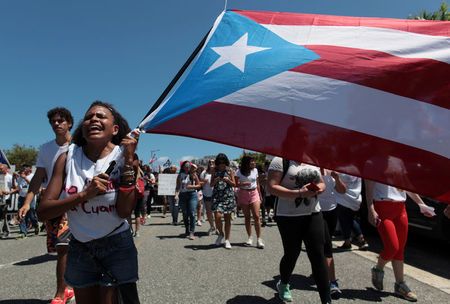 Sources close to the Japanese emperor say the arrival in Tokyo this week of P2 Freemason lodge and Vatican representive US Vice-President Mike Pence, as well as long term Rothschild agent and US Commerce Secretary Wilbur Ross was for the purpose of…

FULL REPORT WILL BE POSTED IN 3 DAYS

The intel I am receiving from various trusted sources, FWIW, is that the Alliance is behind the latest precision military strikes and they do have a positive purpose.

It is important to remember that the majority of this administration is Alliance personnel. The Cabal is not in charge of what is happening. They may throw some curve balls in the mix but by no means are they running the show. Nor could the president start making autonomous decisions when it comes to the military.

The Cabal seems to have been behind the CW attack in Syria, and the Alliance had to swiftly respond to that one. The type of things that we are hearing from one or more of the sources behind this report would be consistent with how the Cabal would then want to spin it against the administration, as well as constantly stoking fears of WWIII.

They know that any exercising of force in the world, and particularly by the US military, makes people very upset and allows for constant rumors of a world war to be spread.

My own sources have emphatically stated the Alliance is taking out the final pockets of the Cabal’s proxy armies and /or funding sources in anticipation of major announcements and prosecutions.

If these things were not done first, ISIS or NK could be used to hurt or kill a lot of people, and throw the world into chaos.

In the metaphysical sense we are going through a “dark night of the soul” on a global scale at the moment. Many people, including those giving intel to Ben in this report, have a very bleak sense of what is going on.

Yet, it seems that everyone in the comments thus far is expressing skepticism.

I have worked with the same trusted sources for years now and we are still anticipating major, if not gigantic leaps towards positive events. Contrary to the idea of someone trying to start WWIII, this is much more about PREVENTING it once the really hardcore intel starts being revealed.

The Cabal cannot make strikes directly. They have to use proxy armies to do their bidding. Those armies are on their last legs and an operation just like we are seeing now MUST be done before any of the stuff we’ve been hoping for can happen.

Intuitive data through dreams has been remarkably accurate and consistent for the last 25 years. Bearing that in mind, three mornings ago I had a powerful dream where I was working beside the president and talking with him for at least 20 minutes. We were cleaning up the mess in a fancy, dark house, opening the drapes to let the light in, et cetera.

He confirmed the intel I had already received, as I have shared it here, in this dream.

I am hoping to write this all up very soon. I have been benevolently distracted by some huge developments for the positive in my own life lately.

Let me be clear that the dream only came AFTER all of my sources had independently said the same thing, from very tangible avenues.

Consider this in light of what I just said, from a source that has been incredibly consistent since 2000:

The Voice of the White House

Washington, April 12, 2017: “There are no secrets any more. The Internet is a splendid system but while the units of surveillance and suppression in the government can read all emails, so also can their putative enemies.

And also, many government computer experts have been opening doors for sites like WikiLeaks and hitherto confidential information no longer is.

One entertaining, if disgusting, aspect is that a number of very prominent American business and political leader have been accessing child pornography sites.

As most of these are located in the friendly Ukraine, the Russians have been able to tap into them and are considering a WikiLeaks release of which person is looking at which site.

This, I am told, is part of a new series of releases in train.”

I’m an author on these subjects and I can say with some authority, Michael Salla did a really good job comparing the theories of pole shift authors like Charles Hapgood, Chan Thomas, and Rand Flem-Ath in this presentation. The basic conclusion from these ice core samples is that although Eastern Antarctica has been covered in … END_OF_DOCUMENT_TOKEN_TO_BE_REPLACED