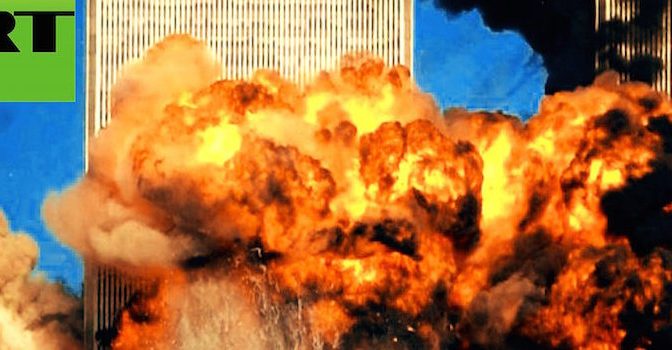 RT have analysed the evidence and aired a report that claims “9/11 was an inside job.” The hard hitting report also claims top officials within US government and the CIA are on record stating “the White House is behind the terrorism of their population.”

High profile government and intelligence officials have confirmed the existence of a campaign called Operation Gladio – a “major operation” according to former CIA chief William Colby – and that this campaign is responsible for organizing terror events to allow authorities to “bring in a state of emergency” and“move people around like sheep.”

With reports from the Kremlin that President Putin will release satellite images proving that the Twin Towers were destroyed by “controlled demolition” rather than by the force of two planes, enormous strides towards disproving the official 9/11 Commission version are taking place.

You can view the report here:

END_OF_DOCUMENT_TOKEN_TO_BE_REPLACED

With the death of Gucifer toll rises again. Intel  reports indicated he had his throat crushed because he was going to speak out against Hillary.

END_OF_DOCUMENT_TOKEN_TO_BE_REPLACED

I’m an author on these subjects and I can say with some authority, Michael Salla did a really good job comparing the theories of pole shift authors like Charles Hapgood, Chan Thomas, and Rand Flem-Ath in this presentation. The basic conclusion from these ice core samples is that although Eastern Antarctica has been covered in … END_OF_DOCUMENT_TOKEN_TO_BE_REPLACED