The deep state is obstructing President Trump from implementing the changes that he promised the American people, according to President Putin, who warns that Barack Obama and Hillary Clinton are secretly influencing U.S. policy from behind the scenes.

In an interview with French newspaper Le Figaro, President Vladimir Putin explained that Obama and Clinton are so deeply entrenched in the deep state, that even though they have been cast from office by a disgruntled public, they still wield enormous power.

Putin also exposed the role of the deep state in controlling US presidents and refusing to allow them to fulfill their campaign promises. Putin said that when a new president is elected the “people with briefcases arrive, well dressed, wearing dark suits” and they tell the new president “how things are done.”

“I have already spoken to three US presidents. They come and go, but politics stays the same at all times. Do you know why? Because of the powerful bureaucracy. When a person is elected, they may have some ideas. Then people with briefcases arrive, well dressed, wearing dark suits, just like mine, except for the red tie, since they wear black or dark blue ones. These people start explaining how things are done. And instantly, everything changes. This is what happens with every administration.“…

William Mount 2 days ago
WE WILL ATTEMPT AT ALL COSTS TO PREVENT THE PRESIDENT FROM BEING KILLED AND THE INITIATION OF A FULL SCALE NUCLEAR WAR DESPITE INTERFERENCES FROM THE VARIOUS FEDERAL AGENCIES. THIS IS THE BURDEN GOD HAS GIVEN ME. YOUR PRAYERS ARE ALL WE ASK FOR.
Reply 110

via Emergency At The White House — DR WILLIAM MOUNT

The White House has announced a major retreat from the U.N. after Trump ordered a massive 50 percent cut in U.S. funding for United Nations programs.

The White House is scheduled to release its 2018 budget on Thursday which is expected to include cuts of up to 37 percent for spending on the State Department, the USAID, and other foreign assistance programs, including the U.N. (which amounts to around $10 billion a year).

The Trump administration has repeatedly vowed to distance the U.S. from participating in the “corrupt” United Nations, signalling that it may leave the U.N. altogether…

These court rulings have set a Legal Precedent for at least a dozen nations including, but not limited to: the US, Canada, Australia, New Zealand, England, South Korea, Philippines, Thailand, China, Russia, and Vietnam.

Any nation that had troops in Vietnam – any nation – must now legally follow these rulings for their veterans.

These court rulings have been absolutely ignored by both the Main Steam Media and the Internet Media yet set up such a stir that they should be reported across the globe.

The two rulings involved US veterans who served on Okinawa during the Vietnam War.

March 13, 2017 By: Sorcha Faal, and as reported to her Western Subscribers

An intriguing Foreign Intelligence Report (SVR) circulating in the Kremlin today states that news reports from the United States over the weekend saying that an “intruder” had scaled at least two fences at the White House, where President Donald Trump was in residence, are completely untrue—and that, in fact, this “intruder” has been linked by the SVR to a mysterious American spy having connections to both the Central Intelligence Agency (CIA) and Germany’s Federal Intelligence Service (BND).  [Note: Some words and/or phrases appearing in quotes in this report are English language approximations of Russian words/phrases having no exact counterpart.] 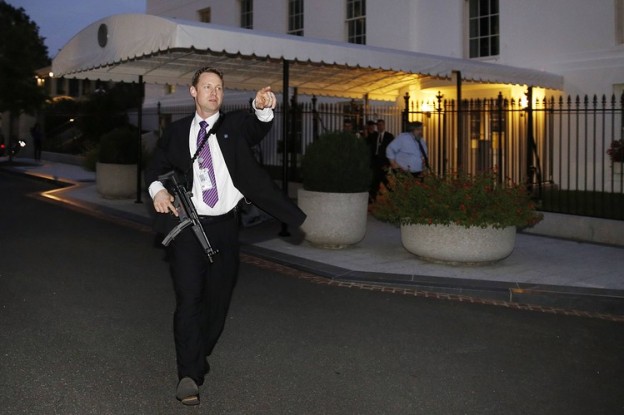 According to this report, the White House is considered to be an impenetrable fortress whose Secret Service (SS) protectors call it “Olympus”, because like the mythical mountaintop throne of Zeus, no one gains access to it without an invitation—and whose astounding security measures include:

“Just inside the fence, alarms placed below ground and infrared sensors above the ground detect fence jumpers.  Hidden around the perimeter of the lawns and gardens are teams of armed Secret Service agents carrying semiautomatic pistols, shotguns and machine guns.  Snipers who can accurately hit targets as far away as 1,000 yards (914 meters) dot the White House roof.  An entire SWAT team takes to the roof whenever the president enters or leaves the building.”…

A former Secret Service agent has warned that Donald Trump is not safe in the White House and has urged the President to get out of danger’s way.

Dan Bongino, who served under both Presidents Bush and Obama, issued a warning to Trump on Saturday, claiming that President Trump “is not secure in the White House right now as it stands.”

Commenting on Friday night’s breach of the White House complex, Bongino warned: “If one guy with a backpack and Omar Gonzales with a bad knee could get near the residence of the White House, can you tell me with a straight face that a forty-man tactical assault team with heavy weapons wouldn’t take that place down?”

Source: Secret Service Insider: Trump ‘Not Safe’ In White House – Get Him Out Now – Your News Wire

Did an assassin visit the White House late last night? How does a man with a backpack get to within 200 yards of the President’s bedroom where he was when the security breach took place?

Was this a beta test for what is coming?  I have been to the backside of the White House. It would take a special athlete to scale the fence and someone who can really close ground, like a special ops, as quickly as he did before he was captured.

This is very disturbing to be writing about another Secret Service failure as I mentally retreat to Dealy Plaza in 1963.

Source: An Assassin “Visited” the White House, Was Apprehended and Nobody Is Talking | Conspiracy Theories

I’m an author on these subjects and I can say with some authority, Michael Salla did a really good job comparing the theories of pole shift authors like Charles Hapgood, Chan Thomas, and Rand Flem-Ath in this presentation. The basic conclusion from these ice core samples is that although Eastern Antarctica has been covered in … END_OF_DOCUMENT_TOKEN_TO_BE_REPLACED