Here’s the full weekly report from Ben. “Mass-murdering war criminal and Satan-worshiping Israeli Prime Minister Benjamin Netanyahu is trying to reach a plea deal to save his own life by squealing on his Rothschild masters, Mossad sources say…

Following up on my news about the arrest of the head of Interpol by the Chinese government, I can confirm that Interpol received a letter of resignation from Mr Meng. Here is the head of a world police coordination organisation charged with corruption!..

In a recent Sting Operation with General  Michael Flynn – still head of the  Bureau Of Intelligence Research (INR) and National Security Advisor On Contract to the Prez – a series of Fake Stories were released by those in the Oval Office and many of those working for Congress took the bait hook, line and sinker.

Senator John McCain swallowed the fishing pole as well. In a series of Press Briefings he dispersed this FAKE information he could have only gotten by tapping the President’s Personal Telephone Line. He released it as if he had a right to leak these stories since he is a “Senator.”

As soon as it was announced he was busted he took an Emergency Flight to Syria. 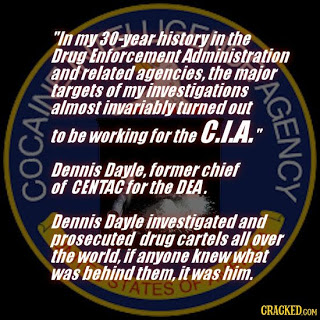 Apparently a spy captured in Britain and then brought to the US was wearing a special Cuff Link that was actually a Zip Drive outlining when and where the US October Surprises were to be.

As if a Hurricane guided by a US Submarine was not enough.

The CIA has been using Terror Attacks across the globe to do what they were set up to do: gather intelligence and support the US Corporation at all costs.

1) Here we have a CIA Agent openly stating that every single terrorist attack in the US was a false flag.

So what you are about to hear is real and we can personally confirm about half of it as an Ambassador and the other half can be confirmed by emails now released and posted on Wikileaks.com

END_OF_DOCUMENT_TOKEN_TO_BE_REPLACED

October 5, 2016 By: Sorcha Faal, and as reported to her Western Subscribers

A stunning new report issued today in the Kremlin by the Foreign Intelligence Service (SVR) says that a joint terror operation with Britain’s Secret Intelligence Service (SIS/MI6-Military Intelligence, Section 6) has resulted in the capturing of an Islamic State (ISIS/ISIL/Daesh) terror leader employed by a private mercenary firm hired by former US Secretary of State Hillary Clinton—and that information obtained from “Hillary’s spy” has resulted in INTERPOL, this morning, issuing a top secret Red Notice as a major “terror event” is now feared imminent. [Note: Some words and/or phrases appearing in quotes in this report are English language approximations of Russian words/phrases having no exact counterpart.]

According to this report, under the existing anti-terrorism investigation protocols existing between the Federation and Britain, this past November (2015) the SIS requested an immediate “tracking/search” operation to be conducted by the SVR against a British national named Samata Ullah who was believed by British intelligence agents to be traveling to Syria through Turkey.

Samata Ullah, this report explains, was a then 32-year-old man employed by the private American-based mercenary firm Triple Canopy LLC whose “station” (job) was as a computer programmer for the US Embassy’s “virtual” Welsh Consulate located in Cardiff.

END_OF_DOCUMENT_TOKEN_TO_BE_REPLACED

AA) What does that mean?

We never criticize but listen with an openly so as to understand exactly what they are saying since each profession has it’s own language.