Much remains concerning the corona-virus, its potential planning, or else its exploited event. The discussion and debate, along with investigations and accusations, will remain for a long time. This is an historical event, like 9/11, certain to change the global landscape in a profound manner… 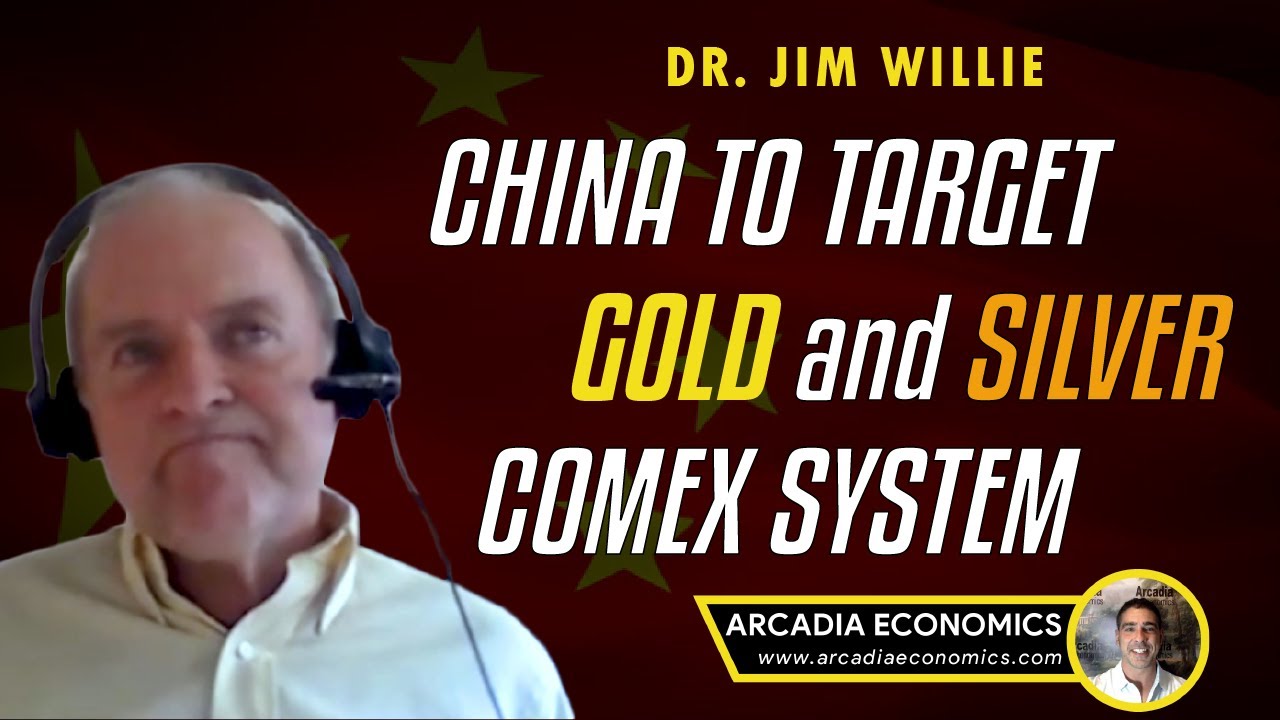 #JimWIllie: China To Go After #COMEX #Gold and #Silver

It’s starting to seem as if we’re in the late innings of the gold and silver suppression scheme. And especially with so much going on in the financial world, Dr. Jim Willie of #TheHatTrick Letter joined me on the show to talk about what he sees.. 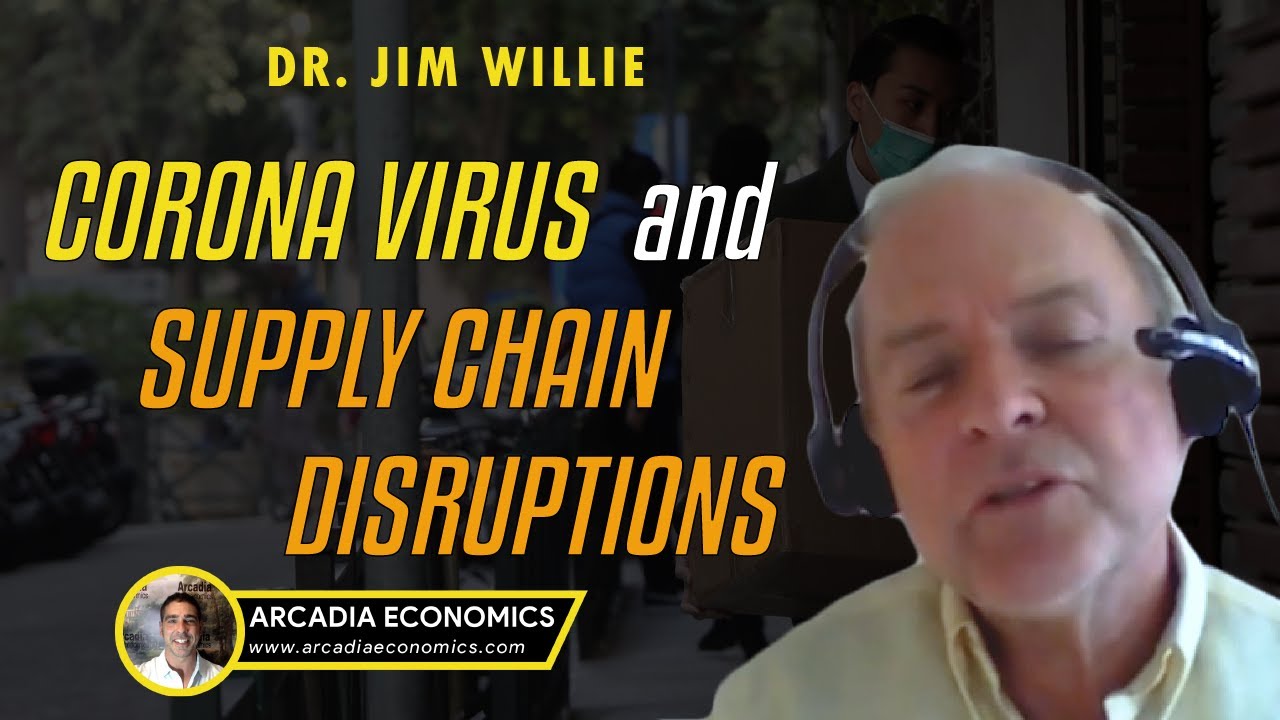 As the Corona virus continues to spread, I was fortunate to have Dr. Jim Willie of #TheHatTrick Letter join me on the show to share what he’s seeing.

In the interview he also gives an update on what’s happening with the global reset. So to disc..

Share If you Care (And Subscribe to Newsletter or Lose me to coming Ban!)▶️Mailchimp Email Opt-in – http://eepurl.com/dh49YnBestselling Book Attacked by MSM: https://www.dustinnemos.com/qanon-an-…Buy C60 & More: https://www.apexhealth.club/shop/NOTE: any action by youtube.com (or other media o..

The Gold suppression game appears finally to be coming to an end. A Perfect Storm is hitting the Gold market, with an internal factor (QE), an external factor (SGE), and a systemic factor (Basel)… 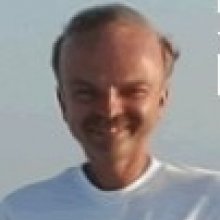 We’ll speak with Jim again in a few weeks for our annual year-in-review and look ahead. For today, however, I thought we should mainly focus upon the three main subjects that have Jim’s attention into the end of 2018. And as you might imagine, there’s quite a bit in between, too…

A very significant, very loud, very nasty warning signal has been given. It is extremely important for those who choose to live in the world of reality, and not the fantasy world from the US financial markets…

Gold is the perfect antidote for the fascist state and its pervasive penetrating corruption laced with bellicose global actions. Gold eliminates (or rather vastly reduces) the potential for pilferage and theft in the financial management offices…

A preface is required to explain that the US Federal Reserve is responsible for every grand financial crisis in the last 30 years, dating back to the Great Depression and its supposed spurious resolution to Black Monday of 1987…

Well, here we are…the unofficial end of summer. It’s Labor Day weekend here in the U.S. which means we are in the midst of a 3-day weekend. And you know what that means here at TFMR! Fresh Jackass for everyone! When Jim and I recorded this back on Thursday, time was somewhat short…

Well, here we are…the unofficial end of summer. It’s Labor Day weekend here in the U.S. which means we are in the midst of a 3-day weekend. And you know what that means here at TFMR! Fresh Jackass for everyone! When Jim and I recorded this back on Thursday, time was somewhat short…

The Petro-Dollar is dead. It had served so well for over 40 years in maintaining the USDollar as global currency reserve, while keeping tight the controls on geopolitical power… Use the above link to subscribe to the paid research reports, which include coverage of critically important factors at work during the ongoing panicky attempt to sustain an unsustainable system burdened by numerous imbalances aggravated by global village forces…

Jim’s been sick for weeks, but starting to feel better. Why is the MSM constantly talking about exchange rates?

Within the US borders, the population remains largely ignorant of the true significance of the global currency reserve concept. It is of paramount importance, yet almost never discussed in the financial press.…

The King Dollar is mortally wounded. Many notice but the masses seem largely unaware. Since 1971, the Gold Standard has been removed from its anchor position. But since 1973, the Petro-Dollar has taken its place. It has called for crude oil sales led by the Saudis and OPEC to be transacted in USDollar terms, for oil surpluses to be stored in USTreasury Bonds, and for some kickbacks from the Saudis to the USMilitary complex for weapons purchases. Of course, the US is ready willing and able to create strife and to foment wars whereby the Arab oil monarchs will need more weapons. Since 2014, many events have pointed to the crippled condition of the important link between the USDollar and crude oil. The price has plunged by 50% of more, and not recovered. It is currently lurching in the nether bounds near the $45 level. Anything less than $65 to $70 per barrel is very dangerous for keeping the oil sovereigns afloat and for keeping the US energy sector solvent. Witness the Wall Street banks having tremendous problems with impaired bonds and toxic energy portfolios. They seem not resolvable. They cannot keep the oil price over $50, a sign of their impotence.

Not enough financial analysts connect the new normal of a much lower crude oil price with the eventual vanishing act of the Petro-Dollar. The Wall Street banks are deeply exposed on their entire energy portfolios, which include both bonds and commercial loans. Tens of $billions will have to be written off as loss, beyond the $billions already declared as losses. These corrupt banks have worked their magic to lift the oil price above the $50 level, but failed. They worked the task for over a year, but failed. They need an oil price over $60, but failed. The Saudis did not help the cause, by their ongoing extra output to finance their filthy Yemen War. The Saudis earned the anger of their OPEC partners, especially the Gulf Arab allies. The Wall Street banks deeply resent the Saudis for this deed, but the USMilitary complex loves the Saudis. The other Arab oil producers also harbor consider rancor toward the Saudis, who really have no friends in the entire Persian Gulf region. They are so worthy of a palace coup, which would bring clamors of rejoicing in many corners of the West if it were to occur. The day might be close.

The Saudi warrior prince just made more enemies in-house with the push to become crown prince. The dozens of half-brothers will plot against him. Many analysts believe an internal collapse in Saudi-land cannot occur, due to control by the royals of the key factions like the military and religious center. Keep in mind that bankruptcy has a way of sweeping factions aside. A failed ARAMCO stock deal could trigger some internal battles, and reveal the bankruptcy in addition to the lies on national oil reserve wealth. The kingdom’s bankruptcy could become a major topic soon, as the Jackass has been harping on. Be on the lookout for a strange suspicious death event for the king, which could trigger violent episodes from rival half-brothers, many of whom have had their families cut out of wealth distribution (confiscation) for decades.

The Petro-Dollar is a dead standard. The important functional parts, such as the derivative machinery, have been dismantled over the last four years. A key hint on the massive rift between the US and Saudis was the contrived legal prosecution cases with the big Swiss banks. It seems the Swiss simply bent over and took it in the rear flank from the Washington NeoCon criminals. No precedent exists for the USGovt to sack control of a sovereign nation’s big banks like what happened with UBS and Credit Suisse. Pay no heed to the formal charges of tax evasion and Iran sanction violations. These were pretexts for stealing the Arab gold in Swiss bullion banks. Notice that a year later, the Saudis worked to move hidden gold hoards into the safe confines of Deutsche Bank. The threads are complex, since the Qataris pulled their funds out of D-Bank, thus rendering it more exposed. Some of the most convincing evidence of a dead defunct Petro-Dollar is the multiple fronts of war to defend the USDollar. Back in 2005, the Jackass wrote often about how in several years the King Dollar will be defended by war. It is here…

For your holiday listening pleasure, Jim Willie returns for a comprehensive discussion of the petrodollar and how current events around the Arabian Peninsula are a sign of great distress for this monetary scheme.

Again, what is the “petrodollar”. The idea was championed by Henry Kissinger in 1973 as a way to create ongoing demand for US dollars by maintaining the pricing of crude oil in dollars only. The effects of this were two-fold:

As a result, any threat to this system, whether it has come from Iran, Iraq or Libya has been squashed either politically or militarily over the past 40+ years. The current flare-up of tensions between Saudi Arabia and Qatar must be viewed through this prism and that is the primary topic of this 47-minute discussion.

To that end, please be sure to review these links while you’re listening:

I hope that you find this helpful and informative. Thanks for listening.

Jim Willie is an original. If you want to be official about it, you can call Jim a “statistical analyst” as Jim has a PhD in statistics from Carnegie Mellon. Since 2004, however, he’s simply been known as “The Golden Jackass”.

p.s. As you can tell by his bio picture, he has an extraordinarily large brain, which he uses to all of our benefit.