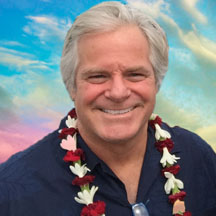 Rob does his first interview after the SSP Conference in Mt Shasta. In this interview the Secret Space Program continues Rob’s interview with another very credible Victim/ Whistleblower who has recovered quite a few memories like Corey Goode. Tony has a different experience which corroborates not one Corey Goode but Captain K or Randy Cramer the marine hero who is very involved in the forced disclosure process .
Forced because the bad guys don’t want to reveal their actions to the public. The cabal because they know they would go to jail. The military has reservations because they are somewhat complicit in these programs. We have so much pain and suffering to unravel and to expose this horrible on going program of the Nazi/ ICC Military Industrial Complex in the drivers seat. Let listen to Tony and get a broader perspective.

END_OF_DOCUMENT_TOKEN_TO_BE_REPLACED

Corey Goode yesterday released the first of a two-part report discussing his latest alleged meetings with different extraterrestrial civilizations and representatives of secret space programs. In it, he discusses some disturbing information about elite preparations for upcoming solar events that they believe will have devastating planet-wide effects.

In his report, Goode begins by filling in the details of what has taken place since a resumption of meetings after a lengthy hiatus, which he briefly discussed on August 1. He also discussed some of the ramifications of his personal briefings and a Cosmic Disclosure interview concerning a covert aerial tour he was given of six hidden Antarctica facilities belonging to the Interplanetary Corporate Conglomerate (ICC) – one of five space programs he has previously disclosed information about.