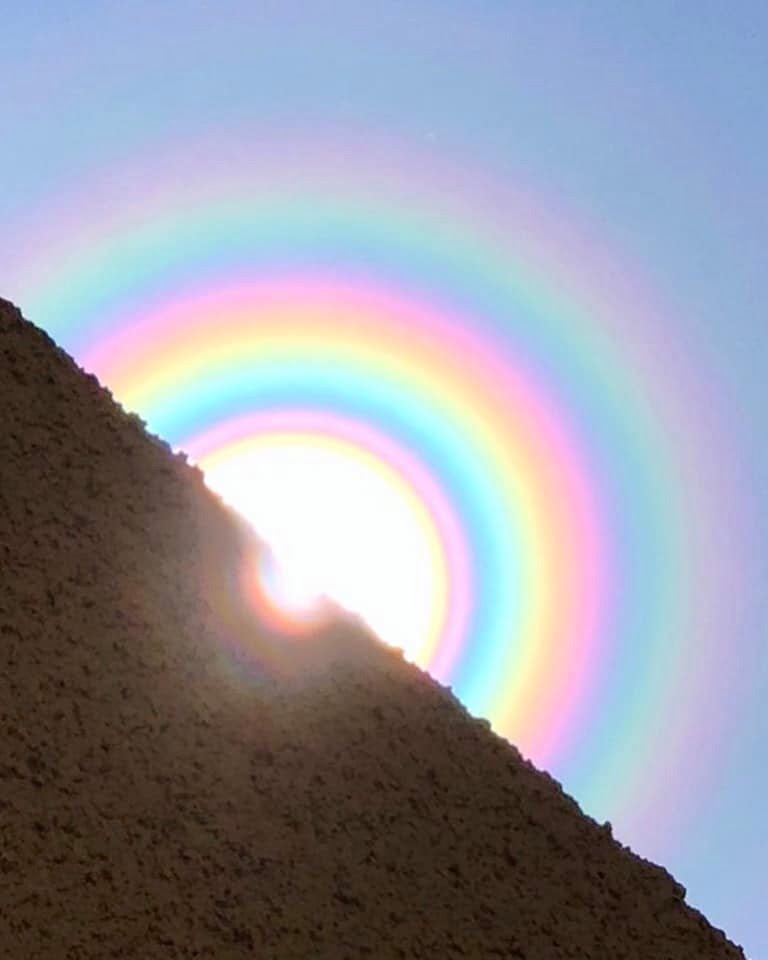 By Gregg Prescott, M.S. An interesting development has arisen in regard to the Schumann Resonance chart and our sun. While it is still unclear if the two are related, they both have similar attributes…

There is a very real chance that Khazarian cabal rule will collapse over the next three months, and alternative power structures need to be made ready in time for that, according to British MI6 intelligence sources.  The trigger is expected to be arrests of senior cabalists in the U.S…

. Welcome to the smartest, most active, and the most loving audience in the world. You are my friends and my family and I will do my best to prepare you for what is coming. ===========.. (Stillness in the Storm Editor) In a study conducted ten years ago, gene researchers discovered that human evolution is speeding up…

Strange things are happening in both outer and inner space.

Scientists are discovering that the Solar System, the sun, and life itself are mutating in totally unprecedented ways.

They are reporting changes that are being recorded in space that have never been seen before.

Studies show that the Sun and the planets themselves are physically changing at an accelerated pace. Most notably, they are undergoing major changes in their atmospheres.

Source: Something is Affecting the Entire Solar System » The Event Chronicle

Solar coronal mass ejections blamed for power outages in New York and Canada – Something I have often mentioned on my radio show as a real event soon to happen.

(Stillness in the Storm Editor) The events spoken of in the following article have transpired. However, it is still a wealth of knowledge about how coronal holes and space weather affect human beings.

(Arjun Walia) Coronal holes on the Sun are constantly changing. They are caused by the Sun’s magnetic fields, which arch away from areas in the Sun’s corona that have become thin due to the lower levels of energy and gas. When these fields do not fall back, coronal holes appear.

As a result, the Sun emits enormous amounts of solar wind (radiation). Currently, one such hole is pointing toward Earth.

It is said that this radiation will be reaching Earth as early as the night of April 23rd and into April 24th and may cause interruptions in technology on Earth. This is not a rare event, however. A couple of years ago, NASA’s Solar Dynamic Observatory (SDO) observed a hole as wide as 50 Earths in the outermost layer of the Sun and its magnetic field.

This type of solar wind can produce some of the most beautiful auroras on Earth, cause geometric storms, influence Earth’s climate, and more. These ‘geometric’ storms, which we experience fairly regularly, can adversely affect infrastructures such as power grids, navigation systems, communication systems, and more. Theoretically, one day, a powerful blast of greater magnitude could completely wipe out all power on Earth…

Source: Giant Hole In The Sun Will Send Super-Charged Solar Winds To Earth. Here’s What To Expect

Alt Reality #4 will be along sometime in the near term distant future recent history. It fell out of time. We are blaming CERN and the LHC.

Welcome to Alt Reality #5
In this episode we discuss the Sun, chemies and you!
We also piss off some people, perhaps quite a few a bit later on.

The discussion involves the solar helical model, much much much better displayed by DJSadhu at the link here. I can’t tell you how much better DJSadhu’s graphics are than mine! You’ll see.
The discussion includes some information on solar impacts on the Ice Age and why people are so batshit crazy these days.

It also briefly discusses why there are so many chemtrails these days.

Further some bitching is thrown at David Wilcock and Corey Goode for their ‘ascension rap’. Real solar issues will NOT include co-creation.

The Event Chronicle Editor Note: I grew up in the 70s and vividly remember the distinctive yellow-tinged hue of our sun that gave off a softer warmth that is vastly different than our sun today. I’ve tried to talk to people about this over the years and have even gotten into silly arguments with family members over this topic.

I was pleased to hear Jay Weidner bring up this topic on Cosmic Disclosure in The Great Solar Flash episode earlier this year. Here’s Jay’s quote from the episode:

“But there’s another thing I want to talk about, which is what this . . . what I think this flash is in a physical way. And that is that the equator of the Sun rotates every 26 days, while the north and south hemispheres rotate every 37 days.

And what happens is the bottom of the Sun goes this way (counterclockwise), and the top of the Sun goes this way (clockwise), and you create torsion shear, it’s called. And after a while, this build up. It starts crossing each other and building up, and it takes about 25,000 or so years for this to just completely . . . and we’re at that place right now.

And it’s changed, and NASA knows this. And I think chemtrails are attempts by the elites to dampen this incredible light.

He says, “It says 75 degrees, but I’m absolutely toasting on the roof of the house that I’m baking.” And I said, that’s because the solar, the UV, is through the roof. We’ve never seen UV like the ultraviolet like they see it right now… 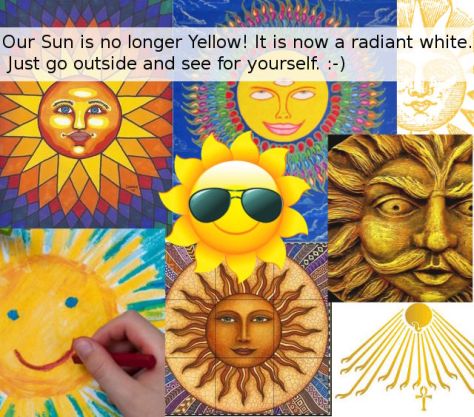 Source: Our Sun Is No Longer Yellow » The Event Chronicle 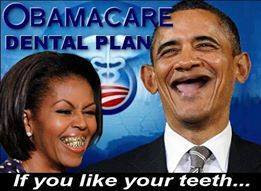 The Trials of those who have committed Treason against the United States have begun.

Candice Marie Claiborne, a State Department Director Directly Under The Big H,  was indicted for Treason.

Apparently she sold Diplomatic Secrets to the Chinese and took lavish pay-offs from these people. Something she said her boss did all the time as she is singing like a Canary and spilling the Beans about the entire State Department.

She kept records of every one to cover her rear.

She is expected to spend the rest of her life behind bars.

In a fairly related story – Famed Psychic Sean David Morton and his wife Melissa – who worked with the local FBI to attempt to start a – shall we say – world ending conflict – was arrested 1 February 2016  last year and finally sentenced to 650 years in prison for Tax Evasion two days ago.

The IRS is claiming he filed a Bogus Tax Return and collected a refund of $480,323. When the IRS wanted the money back he and Melissa  refused to return it and had apparently hidden it from the IRS.

Apparently it has taken 10 years to take these folks down – along with their FBI Co-Conspirators from Foster City, California.

To an old friend who led me into a trap set by the FBI in Tacoma and forced me to be homeless for 6 months and strip me of all I owned at the time – in an attempt to start this major world conflict in late 2007:

THE MILLS OF THE GODS GRIND SLOW BUT EXCEEDING FINE

Apparently these Trials of these Traitors have only just begun… 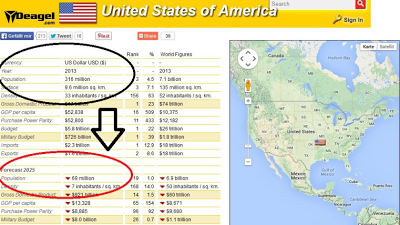 Source: DR WILLIAM MOUNT: Trials Of The Traitors Have Begun

(Russel Davis) A recent study funded by the National Science Foundation (NSF) and NASA revealed mysterious waves, otherwise known as Rossby waves, were observed on the Sun’s atmosphere, which may provide insight on a broad range of solar phenomena such as sun spot formation, solar flare eruption, and active region formations. Read more »

NASA and other scientific organizations claim that UFOs near the sun are merely a collection of streaks left by cosmic rays, charged particles from space, which whizzed through the camera’s sensor, or CCD, as the images were taken.

Besides, due to the extreme temperatures it is impossible that alien spacecraft can get close to the sun. Especially the material in the corona is extremely hot and the temperatures in the sun’s corona (upper atmosphere) can get as high as 2 million degrees Celsius makes that these UFOs will burn up, according to Skeptics.

So, where the aliens apparently do not have the technology to get their spacecraft close to the sun, NASA seems to have no problem with this issue. 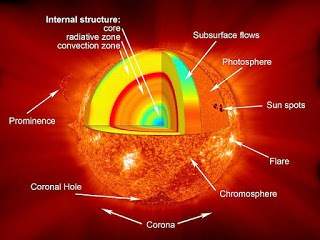 Source: Is NASA using secret advanced alien technology to fly their Solar Probe Plus spacecraft into the sun’s Corona? » The Event Chronicle