21 Sep 2016
Don’t forget to subscribe to Gaiam TV so you can watch Corey on this, and other episodes of “Cosmic Disclosure“.

David: What happens next in our big story here?

Corey: Well, next I finally get to repeat my trip to Venus, the one that I’d went on before, but we were unable to complete the trip because there was some sort of scheduling conflict with another group that was visiting Venus.

David: Well, you also seem to have kind of like a confrontation, right? There’s these ships that are kind of orbiting around Venus, and I had the sense that they did not want you getting any closer, and it was almost like a military standoff or something.

Corey: Well, there was one that was blocking us, but the communication was going on between Kaaree and them, I presume.

END_OF_DOCUMENT_TOKEN_TO_BE_REPLACED

You cannot keep a good man down, and Gonzales proves this as he returns from his healing with a Mayan breakaway civilization. We discover this as Corey Goode is taken on another spontaneous meeting with the Sphere Being Alliance to reunite him with a fully rejuvenated and renewed Gonzales. While the meeting is cordial and pleasant, the information Gonzales conveys is dire. Increasing solar activity means that the big solar flash may be soon at hand. With negotiations failing between the Cabal and the Alliance, and only a scant few people are ready to make the harvest, efforts must be redoubled to ensure the ascension of the population. This interview with David Wilcock was originally webcast September 13, 2016.

END_OF_DOCUMENT_TOKEN_TO_BE_REPLACED 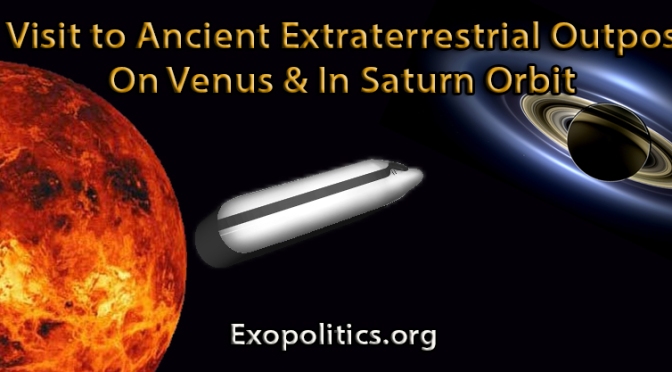 END_OF_DOCUMENT_TOKEN_TO_BE_REPLACED

Corey Goode yesterday released the first of a two-part report discussing his latest alleged meetings with different extraterrestrial civilizations and representatives of secret space programs. In it, he discusses some disturbing information about elite preparations for upcoming solar events that they believe will have devastating planet-wide effects.

In his report, Goode begins by filling in the details of what has taken place since a resumption of meetings after a lengthy hiatus, which he briefly discussed on August 1. He also discussed some of the ramifications of his personal briefings and a Cosmic Disclosure interview concerning a covert aerial tour he was given of six hidden Antarctica facilities belonging to the Interplanetary Corporate Conglomerate (ICC) – one of five space programs he has previously disclosed information about.

END_OF_DOCUMENT_TOKEN_TO_BE_REPLACED 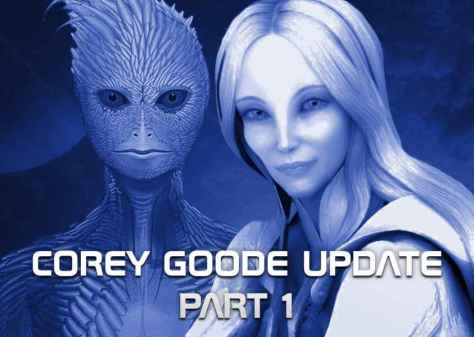 Our planet and solar system is going through a change far more profound than most people could ever imagine. Not only are extraterrestrials very real, both the positive and negative groups are far more involved in our own lives than most of us could ever realize. Although many people now discount the classic spiritual teachings that we have received over the millennia, it turns out that nothing could be of greater significance for us to study and practice.

I performed 20 years of service in the “secret space program,” which is still unknown to most people. And yet, more and more insiders are now emerging, such as aerospace engineer William Tompkins, who can independently validate many aspects of my testimony. Tompkins can be seen on Cosmic Disclosure, a weekly show on Gaia that has helped me share this message with a large audience now exceeding the TV viewership numbers of CNN.

END_OF_DOCUMENT_TOKEN_TO_BE_REPLACED 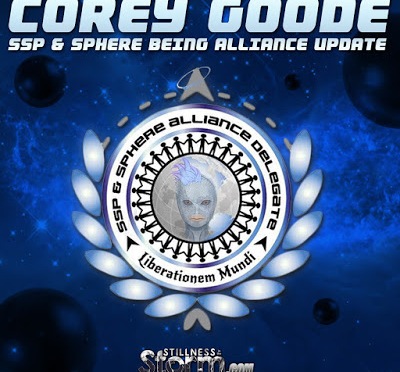 Corey Goode posted the following update via the Sphere Being Alliance Facebook page.

This appears to be a mini update with a more extensive report to be issued soon.

Recall that in a recent set of updates by Goode, he revealed that Gonzales was distraught as a result of Goode’s accidental outing of him to the Cabal-run lower level SSP groups when he was abducted earlier this year. To review that piece of the story, see the following related article.

END_OF_DOCUMENT_TOKEN_TO_BE_REPLACED 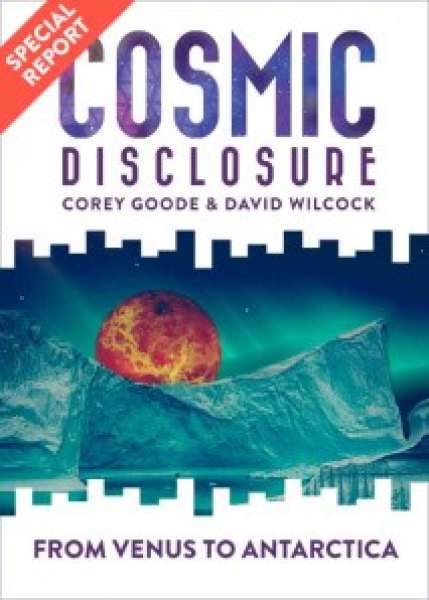 David Wilcock: All right. Welcome back to “Cosmic Disclosure”. I’m your host, David Wilcock. And I’m here with Corey Goode.

I’m actually learning a lot myself by talking to him about this, because even though we discuss some of these things on the phone, I’ve never really gotten to see it all laid out like this. It is a tragic story.

In fact, I would say this is probably the greatest drama of any of Corey’s accounts that we’ve had since he was first taken to Mars and was captured and almost killed before he got portaled out.

END_OF_DOCUMENT_TOKEN_TO_BE_REPLACED

I’m an author on these subjects and I can say with some authority, Michael Salla did a really good job comparing the theories of pole shift authors like Charles Hapgood, Chan Thomas, and Rand Flem-Ath in this presentation. The basic conclusion from these ice core samples is that although Eastern Antarctica has been covered in … END_OF_DOCUMENT_TOKEN_TO_BE_REPLACED