An epic montage video illustrates just how badly the media failed in 2016, revealing itself to be a public relations firm for Hillary Clinton while being proven spectacularly wrong and out of touch on innumerable occasions.

The montage, put together by Grabien News, is entitled The Media’s 10 Most Mortifying Moments of 2016.

– NBC host Lester Holt telling Hillary Clinton he “winced” after an audience member at a forum asked Hillary if she was “dishonest”. Holt’s hard-hitting question to Hillary was, “Do you get your feelings hurt sometimes?”

END_OF_DOCUMENT_TOKEN_TO_BE_REPLACED

A 1981 prophesy being circulated predicts the complete and utter economic collapse of the United States following the death of Fidel Castro. The chilling prophecy was made by Christian prophet John W Johnston who also accurately predicted the fall of the Berlin Wall, the collapse of the Soviet Union, and the rise of Russian President…

I view Lada Ray’s posting of this information about Fidel Castro the real story of Cuba (as well as about many other countries around the world who were not able to resist the Empire of THE USA CORP and consequently were “stolen” (enslaved?)) is very important to know. Several other Lada articles and videos about […] 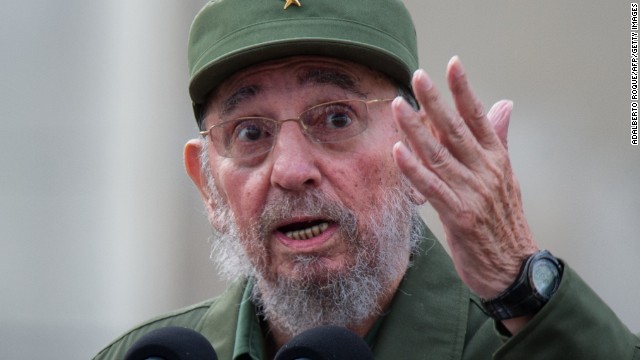 Russia and Cuba will maintain the level of strategic partnership even after the death of Cuban revolutionary leader and former president Fidel Castro, a senator in Russia’s upper house of parliament said Saturday.

A new Mike Quinsey. There are many points in this one which resonated with my “Higher Innards”. Particularly I use caution and discernment regarding all data about “deliveries”, “packages”, “resets”, “RVs”, and all that. I like to remember that everything we need is within ourselves, and whatever we need is supplied as we need it, […]

The main body of the Resistance Movement came to Earth from Planet X with the aid of teleportation chambers in December 1999. They have settled down in underground bases that were emptied before in severe battles between the Dark Forces and the remnants of Agartha Kingdom and the so called Organization. The Organization was a…

via Journey Into the Resistance Movement — Prepare for Change 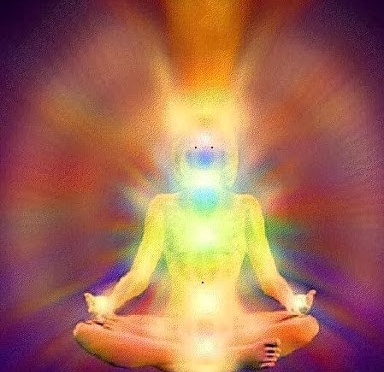 Parts of intel released in this report may be difficult or disturbing for some, but need to be released anyway.

Clearing of the Chimera group continues. After the Chimera has opened the war front inside our Solar System, the Light forces have lost a lot of territory on the plasma plane throughout the Solar System and the Pleiadian fleet had to retreat almost completely.
Some of that territory has been regained in the last few days and the Pleiadians are returning.
What has not been known previously to the Resistance is the fact that the physical biochips have not been cleared completely. There is a certain part of the biochips that has escaped all advanced detection and removal technologies of the Resistance and unfortunately every human being still has at least three of those biochips. These three biochips are the physical anchor point for the three main plasma implants, located in the frontal lobe and above the navel.
The frontal lobe biochips are attached to the optical nerve of both eyes and connected to the auditory cortex of the brain with artificial synapses. They send a constant audio video stream of whatever you see and hear into the mainframe computer of the Chimera group. That computer constantly monitors the activity of surface population and prevents contact between the surface population and the Agartha network and/or extraterrestrial beings of Light with plasma toplet bomb retaliation mechanisms.

END_OF_DOCUMENT_TOKEN_TO_BE_REPLACED

There are beings in the spiritual realms for whom anxiety and fear emanating from human beings offer welcome food.

When humans have no anxiety and fear, then these creatures starve.

People not yet sufficiently convinced of this statement could understand it to be meant comparatively only.

But for those who are familiar with this phenomenon, it is a reality.

If fear and anxiety radiates from people and they break out in panic, then these creatures find welcome nutrition and they become more and more powerful.

These beings are hostile towards humanity.

Everything that feeds on negative feelings, on anxiety, fear and superstition, despair or doubt,  are in reality hostile forces in supersensible worlds, launching cruel attacks on human beings, while they are being fed.

Therefore, it is above all necessary to begin with that the person who enters the spiritual world overcomes fear, feelings of helplessness, despair and anxiety.

END_OF_DOCUMENT_TOKEN_TO_BE_REPLACED

It should be evident to you that matters are drawing to a completion where “revaluation” is concerned. The hard work has been done and it now remains to announce the changes that will be the commencement of a new era for the Human Race. A very recent attempt to do so was delayed by yet another action of the dark Ones, but it was soon put right and you are once again ready to go ahead. The dark Ones are being slowly confined but still try and prevent matters reaching the desired conclusion. However, whatever happens their ability to interfere with or delay Ascension is becoming less and less possible. At times their actions border on desperation as the net closes upon them and they fight to the last to avoid justice. However, there is no way that they can escape their fate and answer for the multitude of crimes against Humanity.

In general terms the level of consciousness upon planet Earth continues to increase and it will do so until full consciousness is achieved. Every soul will be affected as the vibrations lift up, and the only question remains as to whether they can continue to rise up with them. Some souls will find it difficult and off-putting with the resultant confusion, and unable to understand what is happening. Their release from this state will not come until they are moved from their present place on Earth, to a level of vibration that helps them to feel at ease. But all will work out according to everyone’s needs and each soul will find themselves exactly where they need to be to continue their evolution

END_OF_DOCUMENT_TOKEN_TO_BE_REPLACED

Our planet and solar system is going through a change far more profound than most people could ever imagine. Not only are extraterrestrials very real, both the positive and negative groups are far more involved in our own lives than most of us could ever realize. Although many people now discount the classic spiritual teachings that we have received over the millennia, it turns out that nothing could be of greater significance for us to study and practice.

I performed 20 years of service in the “secret space program,” which is still unknown to most people. And yet, more and more insiders are now emerging, such as aerospace engineer William Tompkins, who can independently validate many aspects of my testimony. Tompkins can be seen on Cosmic Disclosure, a weekly show on Gaia that has helped me share this message with a large audience now exceeding the TV viewership numbers of CNN.

END_OF_DOCUMENT_TOKEN_TO_BE_REPLACED

As the Galaxy was being liberated form the grip of the Dark Forces, the Forces of Light have been evolving from a military force created in the urgent need to defend basic liberties of sentient beings towards a harmonious galactic and cosmic society. As beings within the Galactic Confederation have evolved spiritually and made their alignment and union with the Ascended Masters, they have discovered an inner codex that regulates all inter-relationships between beings of Light and their relation towards the Dark Forces and occupied planets. This codex is called the Galactic Codex and represents the legal basis for all actions of the Confederation in this and other galaxies. This Codex is not a rigid set of external laws but a systematized code of inner ethics of all souls of Light that all beings of Light accept with their free will because it reflects their inner truth.