You know, the Ides of March is tomorrow.***  They’d like nothing better than to have [quote-unquote]  an ‘alien invasion’ taking place.  But HELLO, we’ve told them and we’re telling them again, THAT IS NOT GOING TO HAPPEN, because you, Beloved Ones in this Ashtar On The Road Family, and the other Lightworkers of Planet Earth, have said ‘NO!!!  No more ‘alien invasions!’  We know that the Ashtar Command and all of the ones who are here now – well, almost all, the majority, with the greater powers – are here to assist in the Ascension of Planet Earth!’ – Ashtar

Ashtar delivers another stunning message via Susan Leland (reposted below), on these moments we are now in, of complete liberation… What does this mean?  Essentially, humans are free right now, but are living in ‘echoes’ of the past and future perceptions of slavery, since that’s what humanity has known for eons.  So it’s important for us to ‘clean up our energy bodies’ so that our souls can be fully and completely in our bodies… that’s what is needed.  Also what is needed, is for more humans to support the awakening and freedom of humanity… because so many are playing an old tape of reality, over and over… take a step outside, look to the skies, and ask for a visitation with your heart… keep the ball rolling some more! Many galactic messages are suggesting to humanity to no longer be distracted into the physical, and to get spiritual, so that we can be truly powerful!   –Indian in the machine

Ashtar On The Road Teleconference March 14, 2017

“Greetings, Beloved Family!  Well, we have an interesting situation here on the ground at Ashtar On The Road, because the familiar format has disappeared!*  Oh, it will be found and, in the meantime, it is for everyone to come up together to the Bridge of my ship without the ‘New Jerusalem’ music.**  So if you are familiar with it and have heard it before – just kind of hear it in your Hearts or in your heads, or wherever you would want to hear it resonate – and let’s just all come together in our Circle of Love, because I have some rather interesting observations for you!

“First, I will tell you that no matter what is happening on the ground, or in your skies in the third dimension, more and more of you are not only seeing our ships but actually communicating with them.  And we want to encourage this.  We’re here for you!If you had not called – if you had not said with your raised consciousness that you were ready for us to come – we would still be in observation, but we would not be able to come through the series of levels of dimensionality, as it were, and be this close with you.

“Now, I’m going to tell you something that is a bit scientific and, you know, the one sitting in the chair whose voice I am using is not particularly in tune with science.  That has to do with her life, but it has nothingto do with me or with you, Beloved Family!  But the science of the spiritual aspects of this is that you’re evolving!

“Those who are totally asleep are not as able to see the ships, or they’re just not seeing them, and they are perhaps a bit in denial.  But those of you who are awake, who are evolving consciously, that is with your whole permission, are going at lightning speed, because that’s the speed at which this is taking place on Planet Earth all over, and with many, many more individuals waking up at every moment – you are much more able to see the ships.  Do you know why?  It’s because you are becoming more and more multi-dimensional beings and evenmore multi-dimensional level beings!!!  So you are more and more able to see or feel or hear – or perhaps all of these – when we’re overhead.  Well, we’re overhead all the time, because there are so many ships!  We’re just parked in many, many levels of dimensionality, including the ones that you are accessing.  Go ahead!  Try it out!…

Source: Ashtar: “No More ‘Alien Invasions!’ In All Of The Eons Of Your History, This Is The Moment Of Complete Liberation | Alternative 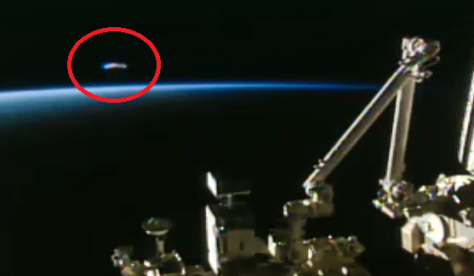 Millions Of Spaceships Above Earth, Awaiting The Final Countdown.. What Happens Next Will Astound Us AllQ: Ashtar spoke about trillions of ships up there. We don’t need trillions of ships, what are they doing?First of all that was only the Ashtar Command. There are many who are awaiting their process, their portion of what they are here for. It’s as if they have their responsibilities and they are following through on many different levels.There are so many different types of civilizations, so many different types of ships, all of this awaiting the call, the final countdown you might say. When this happens all will go into their various responsibilities, what they came here for. Some are here to watch. Some are here to participate fully. Some are here to be a part of first contact. Some are to work with the energies such as the Blue Avian and the spheres and all this. They are here to work with the energies and to modify them so they are not overpowering to the Earth at this time…

Source: Millions Of Spaceships Above Earth, Awaiting The Final Countdown.. What Happens Next Will Astound Us All | Alternative

Trump Triumphs and is currently negotiating with the American Petroleum Institute to add another 800,000 jobs to the American economy.

According to Jack Gerard, President and CEO of the American Petroleum Institute, the addition of off shore Petroleum and Natural Gas Production would add another 800,000 jobs to the American Economy and over $200 Billion a year to Federal Coffers.

Add this to the Oil Pipe Line coming form North Dakota and the Addition of Texas and California Petroleum the us would not only have it’s trade deficit eliminated in 1 year it would be able to push it’s New Dollar: Buy Cheap Oil using the Dollar or buy crude at twice the price using the Yuan.

The combined total job increase would be well over 2 Million in manufacturing jobs.

If they again opened the Largest Chrome Mine in history – America would again begin to dominate the World’s Economic System.

When tax laws are then changed America would again become the largest Coal and Iron exporter in the world.

Imagine the possibilities once the Trumpster is sworn in???

Pray that Obama and his Satanic NAZI allies are flattened for the next 10 days.