If you’ve seen recent headlines from the Independent, CNBC, Russia Today, and more media outlets claiming that NASA just offered a six-figure salary for someone to work for the U.S. government to “defend the Earth from aliens,” you may be a little confused, and for good reason…

You know, the Ides of March is tomorrow.***  They’d like nothing better than to have [quote-unquote]  an ‘alien invasion’ taking place.  But HELLO, we’ve told them and we’re telling them again, THAT IS NOT GOING TO HAPPEN, because you, Beloved Ones in this Ashtar On The Road Family, and the other Lightworkers of Planet Earth, have said ‘NO!!!  No more ‘alien invasions!’  We know that the Ashtar Command and all of the ones who are here now – well, almost all, the majority, with the greater powers – are here to assist in the Ascension of Planet Earth!’ – Ashtar

Ashtar delivers another stunning message via Susan Leland (reposted below), on these moments we are now in, of complete liberation… What does this mean?  Essentially, humans are free right now, but are living in ‘echoes’ of the past and future perceptions of slavery, since that’s what humanity has known for eons.  So it’s important for us to ‘clean up our energy bodies’ so that our souls can be fully and completely in our bodies… that’s what is needed.  Also what is needed, is for more humans to support the awakening and freedom of humanity… because so many are playing an old tape of reality, over and over… take a step outside, look to the skies, and ask for a visitation with your heart… keep the ball rolling some more! Many galactic messages are suggesting to humanity to no longer be distracted into the physical, and to get spiritual, so that we can be truly powerful!   –Indian in the machine

Ashtar On The Road Teleconference March 14, 2017

“Greetings, Beloved Family!  Well, we have an interesting situation here on the ground at Ashtar On The Road, because the familiar format has disappeared!*  Oh, it will be found and, in the meantime, it is for everyone to come up together to the Bridge of my ship without the ‘New Jerusalem’ music.**  So if you are familiar with it and have heard it before – just kind of hear it in your Hearts or in your heads, or wherever you would want to hear it resonate – and let’s just all come together in our Circle of Love, because I have some rather interesting observations for you!

“First, I will tell you that no matter what is happening on the ground, or in your skies in the third dimension, more and more of you are not only seeing our ships but actually communicating with them.  And we want to encourage this.  We’re here for you!If you had not called – if you had not said with your raised consciousness that you were ready for us to come – we would still be in observation, but we would not be able to come through the series of levels of dimensionality, as it were, and be this close with you.

“Now, I’m going to tell you something that is a bit scientific and, you know, the one sitting in the chair whose voice I am using is not particularly in tune with science.  That has to do with her life, but it has nothingto do with me or with you, Beloved Family!  But the science of the spiritual aspects of this is that you’re evolving!

“Those who are totally asleep are not as able to see the ships, or they’re just not seeing them, and they are perhaps a bit in denial.  But those of you who are awake, who are evolving consciously, that is with your whole permission, are going at lightning speed, because that’s the speed at which this is taking place on Planet Earth all over, and with many, many more individuals waking up at every moment – you are much more able to see the ships.  Do you know why?  It’s because you are becoming more and more multi-dimensional beings and evenmore multi-dimensional level beings!!!  So you are more and more able to see or feel or hear – or perhaps all of these – when we’re overhead.  Well, we’re overhead all the time, because there are so many ships!  We’re just parked in many, many levels of dimensionality, including the ones that you are accessing.  Go ahead!  Try it out!…

Source: Ashtar: “No More ‘Alien Invasions!’ In All Of The Eons Of Your History, This Is The Moment Of Complete Liberation | Alternative

The amount of the stories and articles in the Mainstream Media about Alien life and UFO’s makes me think that an agenda may be afoot…. 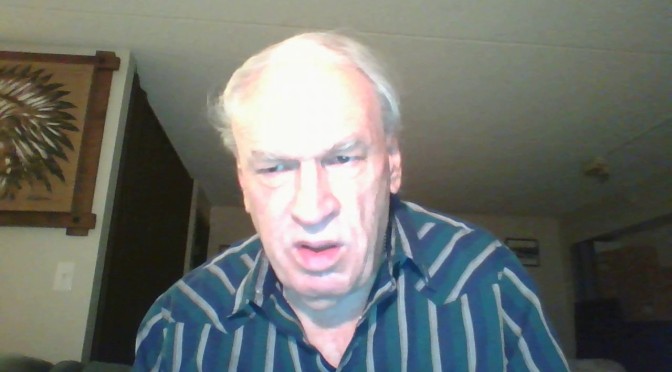 TOPICS IN THIS INTERVIEW:
03:20 Reasons Behind the Drug Wars With Middle East
09:20 Evidence to Involve Bush and Clinton with Drug Trades
13:35 Bush Involvements on the Actual Situation in the Middle East
31:45 Jim Thoughts on the Stock Market Situation for 2017/2018
33:30 Jim Forecast on Stock Market Trend for the Future
38:10 Getting More Info About Jim on: Goldenjackass.com

Source: Drug Wars: 70% of the heroin in US streets comes from Afghanistan – Jim Willie

On November 13, Disclosure Project founder Dr. Steven Greer claimed in a lecture that final preparations for a false flag alien invasion were being facilitated by the recent secret space program disclosures of Corey Goode and William Tompkins. Greer claims that both are victims of psychotronic holographic technologies where they have been implanted with scripted…

Donald Trump’s win in last night’s Presidential election caught most political pundits, media networks and Clinton supporters off guard. Many firmly believed polls that predicted a decisive Hillary Clinton victory. What the pundits and networks failed to do was factor in the true purpose behind FBI Director James Comey’s puzzling intervention in the closing days…

https://youtu.be/k-Gr7-RQ4-U Found this at Corey’s FB page. He writes: “I’m sure many of you have seen this older [2015] video and others like it. The real holographic technology is, of course, far more developed in Special Access Programs. With these programs able to remotely manipulate the other senses and the states of consciousness of people, […]