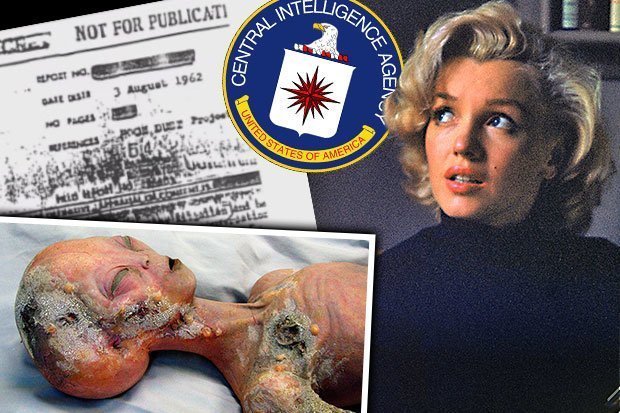 Actress and model Marilyn Monroe was found dead in her Los Angeles home on August 5, 1962, from an overdose. But when a suicide note was never discovered and discrepancies in her case arose, conspiracies began to whirl that the movie icon was actually murdered…

Trump’s Administration Has Been Briefed About UFOs – According To Steven Greer Source: Collective Evolution | By IN BRIEF The Facts: According to Dr. Steven Greer, founder of The Disclosure Project, Trump’s people have been briefed about the UFO topic… The legal importance of this provision can’t be overstated. This gives the groups running these projects a license to do almost anything they need to maintain secrecy, including elaborate smear campaigns. Dr.

Opinions on Dr. Steven Greer – ‘Destroying The Illusion’ with Jordan Sather – Videos, Links and Extended Commentary. Over the past few months many of us have been intrigued and yet perplexed at the diversity of perspectives on the subject of ET life. Of course most people have heard of the latest controversial presentation by Dr. Steven Greer and how this presentation included what appeared to be an attack against those who disagreed with him…

Vatican and the powers represented by it have long kept socially damaging information hidden from the public. Anything that threatens the status quo is quickly covered up by the Roman Cult, and its numerous intelligence agencies spread across the globe. Monsignor Corrado Balducci was a Catholic theologian who had close ties to Pope John Paul and Pope Benedict XVI. He has written about the occult, demonic possession, and extraterrestrials. The following is a paper recently shared by Dr. Richard Boylen of a talk Balducci gave in 2001, which stands as prima facie evidence that the Vatican and those close to them accept the reality of extraterrestrials.

Source: Vatican Theologian Says Aliens are Real and Are More Spiritual and Intellectual Than Humans — Paper by Monsignor Corrado Balducci | Stillness in the Storm 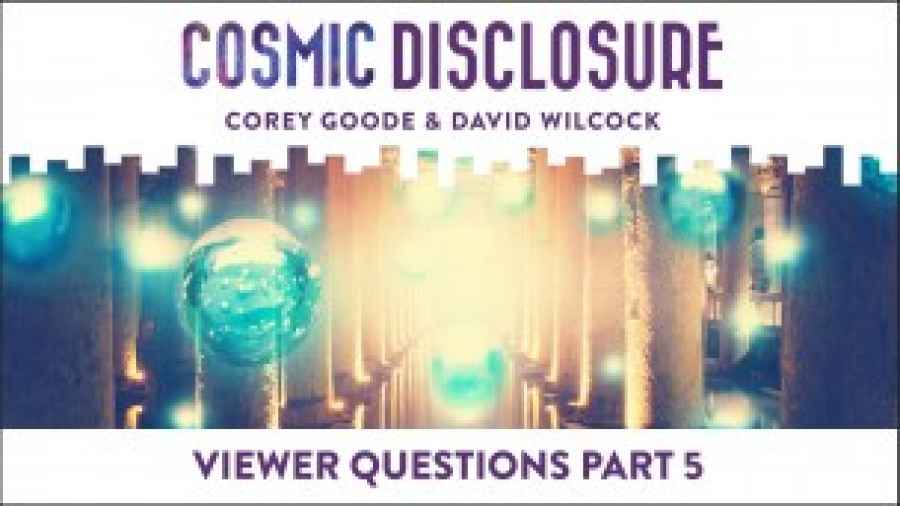 You have the inquiring minds and Corey Goode has the goods. This time he answers your questions on the origin of MILAB and how they choose recruits. What can we do to help the Sphere Being Alliance? Have you wondered if Corey has been replaced? He explains. Plus, we delve deeper into details about Inner Earth politics, root languages seeded on different planets, and they address recent concerns put forth by Dr. Steven Greer. This interview with David Wilcock was originally webcast on December 27, 2016.

END_OF_DOCUMENT_TOKEN_TO_BE_REPLACED

(Stillness in the Storm Editor) I recently produced an extensive article about Dr. Greer’s presentation, linked below.

Here are the videos that were embedded in that article, which you are encouraged to share far and wide.

I am glad that the writing is being received well and I hope we can continue to unite for a better world and strive to unveil the whole truth in all its forms.

via Videos of Cosmic False Flag Presentation by Dr. Steven Greer — COMPLETE Compilation of Important Excerpts — Stillness in the Storm

On November 13, Disclosure Project founder Dr. Steven Greer claimed in a lecture that final preparations for a false flag alien invasion were being facilitated by the recent secret space program disclosures of Corey Goode and William Tompkins. Greer claims that both are victims of psychotronic holographic technologies where they have been implanted with scripted…

On November 13, Dr. Steven Greer, founder of the Disclosure Project, gave a public lecture where he warned about an impending false flag extraterrestrial event. He said that the final stage of planning for a false flag event that dates back to the 1950’s is about to be rolled out, and that recent disclosures about…

via Back 2 Back Weekend with Dr. Steven Greer’s Workshops — Prepare for Change

[Originally published, May 2, 2006] In January 1994, I remember visiting the Jakarta office of Mr Irawan Abidin, the former Director of Foreign Information in the Indonesian Ministry of Foreign Affairs. I had just arrived from a two week field trip to the former Indonesian territory of East Timor researching alleged human rights abuses. I…

END_OF_DOCUMENT_TOKEN_TO_BE_REPLACED

We can start with the fact that we now know that Laurence Rockefeller, the prominent third-generation member of the Rockefeller family and the fourth child of John D. Rockefeller, encouraged UFO research.