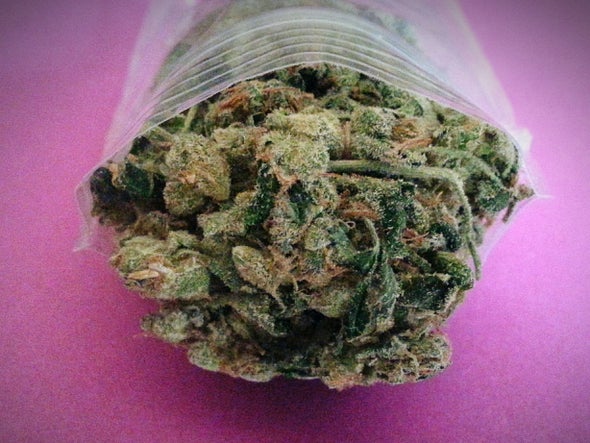 Picture the stereotypical pot smoker: young, dazed and confused. Marijuana has long been known for its psychoactive effects, which can include cognitive impairment…

By: Sorcha Faal, and as reported to her Western Subscribers [Note: Some words and/or phrases appearing in quotes in this report are English language approximations of Russian words/phrases having no exact counterpart…

By: Sorcha Faal, and as reported to her Western Subscribers [Note: Some words and/or phrases appearing in quotes in this report are English language approximations of Russian words/phrases having no exact counterpart…

In a controversial project, U.S. biotech company Bioquark, plans to inject stem cells into the brains of 20 people declared clinically dead, to try to stimulate their nervous system for a new lease of life…

According to scientists from Harvard and Boston University, meditation produces enduring changes in emotional processing in the brain according to an article published in November of 2012 in the journal Frontiers in Human Neuroscience. (Anna Hunt) It is becoming widely known that gut bacteria influence much more than our digestive process. The bacteria living in the digestive system impact our general health. Furthermore, scientists are now discovering that this influence goes beyond physical health… Turmeric is often looked at as a sort of ‘miracle’ spice, backed up by the over 600 experimentally confirmed health benefits it has shown… For years this has been the focus for learning new things. But as it turns out, the ability to learn is about more than building and strengthening neural connections. Even more important is our ability to break down the old ones. It’s called “synaptic pruning.” Here’s how it works…

By: lifecoachcode. There’s an old saying in neuroscience: “neurons that fire together wire together.”

This means the more you run a neuro-circuit in your brain, the stronger that circuit becomes. This is why, to quote another old saw, “practice makes perfect”. The more you practice piano, or speaking a language, or juggling, the stronger those circuits get.

Scientists have known this for years. However, nowadays researchers learn another part of the truth: In order to learn something, even more important than practicing is the ability to unlearn, or to break down the old neural connections. This is called “synaptic pruning”.

THIS IS HOW IT WORKS:

Imagine your brain is a garden, except instead of growing flowers, fruits, and vegetables, you grow synaptic connections between neurons. These are the connections that neurotransmitters like dopamine, seratonin, and others travel across.

“Glial cells” are the gardeners of your brain—they act to speed up signals between certain neurons. But other glial cells are the waste removers, pulling up weeds, killing pests, raking up dead leaves. Your brain’s pruning gardeners are called “microglial cells.” They prune your synaptic connections. The question is, how do they know which ones to prune?

Researchers are just starting to unravel this mystery, but what they do know is the synaptic connections that get used less get marked by a protein, C1q (as well as others). When the microglial cells detect that mark, they bond to the protein and destroy—or prune—the synapse.

This is how your brain makes the physical space for you to build new and stronger connections so you can learn more.

THIS IS WHY SLEEP MATTERS:…

Source: Your Brain Has A ‘Delete Button’ And Here’s How To Use It! – Prepare for Change

(Lauren Simpson-Green) “All our knowledge has its origins in our perceptions.” ~ Leonardo Da VinciThe hemispheres of the brain could be seen to represent this dualistic reality in which we live. And their secrets? The key to unlocking the most obscure mysteries of human capabilities…

Source: 3 Ways to Encourage the Hemispheres of the Brain to Work In Sync — to Unlock Your Hidden Potential | Stillness in the Storm

(Brendan D. Murphy) “Even though we think we’re getting a lot done, ironically, multitasking makes us demonstrably less efficient.” ~Daniel J. Levitin, Neuroscientist .Web-Based Brain Damage Evidence is mounting that our haphazard info-consuming ways on the web are adversely affecting our neurological and cognitive functioning – as well as wasting time by making us far less efficient – and far more distracted – than we think we are. The internet is a wonderful (read: essential) thing for humanity, but the way we use it seems to need some tweaking…

(Before It’s News) by Health and Love Page

You have probably heard that turmeric is one of the healthiest spices in the world, due to its incredible nutrient content and powerful anti-inflammatory, anti-aging, and antioxidant properties. Most of its healing powers come from its active compound – curcumin, and more than 7,000 studies have proven its numerous benefits to our health. So, drinking a turmeric water is one of the best things you can do for your health and body.

A woman from Bristol, England has drunk this healthy beverage for one year, so in this post, we share her story by telling you all the things she experienced during this period.

Some of the health benefits she received from drinking turmeric water in the morning for a year are alkaline pH’s levels of her body, relieved arthritis symptoms, and improved digestion.
But first, let’s explain how to make this turmeric water: add a teaspoon of ground turmeric and a pinch of black pepper in a glass of warm water. Stir well and drink while warm. Drink this beverage in the morning, and you’ll soon feel the same health benefits the woman from Bristol did. Here are some of the benefits you’ll get by drinking this beverage in the morning for 12 months:

END_OF_DOCUMENT_TOKEN_TO_BE_REPLACED

Source: Lucid Dreamers Found To Produce The Fastest Brainwave Frequencies Ever Recorded | Stillness in the Storm

By Michael Forrester Mindfulness-based teachings have shown benefits in everything from inflammatory disorders to central nervous system dysfunction and even cancer. Training groups in mindfulness has become a powerful tool in preventative intervention. Researchers at the University…

Source: How Your Brain Changes After Mindfulness » The Event Chronicle

Clearing of the Chimera group continues. There was a drastic improvement of the situation in our Solar System lately. The Light forces have managed to clear most of the plasma anomaly from the Solar System and beyond, and the vast majority of plasma anomaly with most remaining toplet bombs is now accumulated close to Earth within 3 Earth radii from the Earth center…

Those who struggle to recall even the most recent of memories could one day be able to revive them with a zap of magnetic energy to the brain, according to a new study which sheds further light on the “working memory.” The notion of working memory has to do with the part of the brain…

There are many uninformed individuals when it comes to knowing what’s happening within the modern day medical industry, and by no fault of their own. The world of medical science, unfortunately, has been plagued with scientific fraud and pharmaceutical company influence. The words ‘big pharma’ are far from a conspiracy theory, which is why so many physicians and doctors in influential positions are trying to let the world know.

For example, Dr Richard Horton, current editor-in-chief of The Lancet is one of them. He stated that half of all the published literature could be false.  Mark Mattson, the current Chief of the Laboratory of Neuroscience at the National Institute on Aging said that pharmaceutical companies can’t make money off of healthy people, which is why there is no funding for research and why there’s a lot of pressure for regular eating patterns forced upon us by the food industry. Physician and longtime Editor in Chief of the New England Medical Journal, Dr Marcia Angell, told the world that “it’s simply no longer possible to believe much of the clinical research that is published, or to rely on the judgement of trusted physicians or authoritative medical guidelines.”