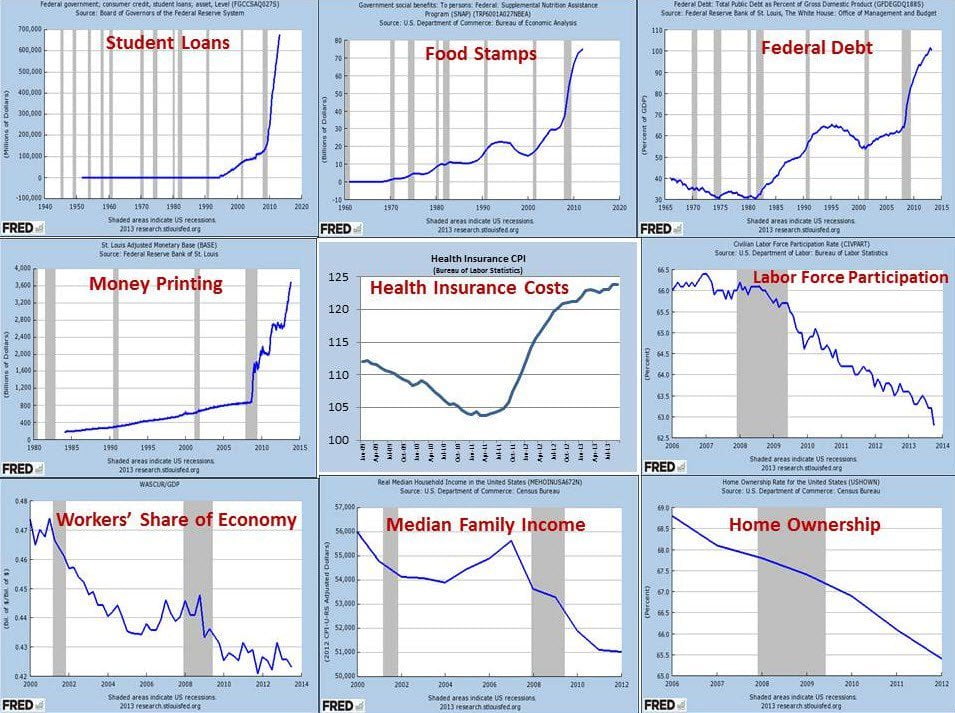 The Federal Reserve Bank of St Louis just released this single snapshot of economic performance over the Obama years. What do you see?..

By: Sorcha Faal, and as reported to her Western Subscribers An interesting new Ministry of Foreign Affairs (MoFA) report circulating in the Kremlin today commenting on Special Counsel Robert Mueller having totally exonerated President Donald Trump of all the made up charges against him, with Russian.. There words were just uttered by the Russian President Vladimir Putin yesterday – initiating a Russian Defense Program designed to scare the world. Russia has just released their really big Fire Crackers to their perimeter in preparation of something nasty…

As the Obamacare repeal and replace effort raged on in Congress over the past six months, several Democrats and even some of the original Obamacare architects stepped forward to argue that the crippling premium increases from 2014 through 2017 were just a 1x market adjustment and that everything wo..