Scientists with Harvard University and the University of Maryland have both published papers in the scientific journal Nature claiming the existence of never before discovered “time crystals” — structures that pulse without requiring any energy:

They are also the first examples of a remarkable type of matter — a collection of quantum particles that constantly changes, and never reaches a steady state. These systems draw stability from random interactions that would normally disrupt other kinds of matter. “This is a new kind of order, one that was previously thought impossible. That’s extremely exciting,” says Vedika Khemani, part of the Harvard team and previously part of the group that originally theorized the existence of the new kind of state.

The research proves “atoms are aligned in time in a way that’s analogous to the physical structure of diamonds or ice” according to The Seeker:

In normal crystals — such as gemstones, snowflakes or salt — constituent atoms or molecules are arranged into highly ordered, repeating lattice structures in physical space.

In time crystals, however, atoms take on a repeating pattern in time, instead of space.

Time crystals were developed by zapping atoms with lasers to make them pulsate together — in a way similar to making the head of a drum vibrate when it is struck, or tapping Jell-O with a spoon to make it jiggle, according to one of the researchers involved in the discovery, Christopher Monroe of the University of Maryland.

How are they created? One team levitated electromagnetically trapped atoms in a vacuum chamber and shot them with lasers, while the other sent lasers and microwaves through a black diamond.

While time crystals currently have no known real-world applications, they may be very useful one day for building even more sophisticated quantum computers like the ones financially backed by Amazon founder Jeff Bezos and the Central Intelligence Agency’s investment arm In-Q-Tel.

Source: The Next Level in Quantum Computing: Scientists Claim to Have Discovered “Time Crystals” | The Daily Sheeple

6 Children Dead After Trump Sends Brutal Message To CIA: “Your Families Are Next!”

A truly grim Foreign Intelligence Service (SVR) “urgent alarm” bulletin circulating in the Kremlin today is reporting that on 12 January, at 00:37 -4 GMT (12:37am/US east coast) , Cosmos-2515 (spy satellite) detected the “electronic signature” of a directed-energy weapon (DEW) being “used/fired” in the northeastern environs of Baltimore, Maryland—immediately after which American news reports said that the home of a top US government intelligence operative named Katie Malone (who works for US Democratic Party Representative Elijah Cummings) had exploded into flames killing, at least, 6 of her children.   [Note: Some words and/or phrases appearing in quotes in this report are English language approximations of Russian words/phrases having no exact counterpart.] 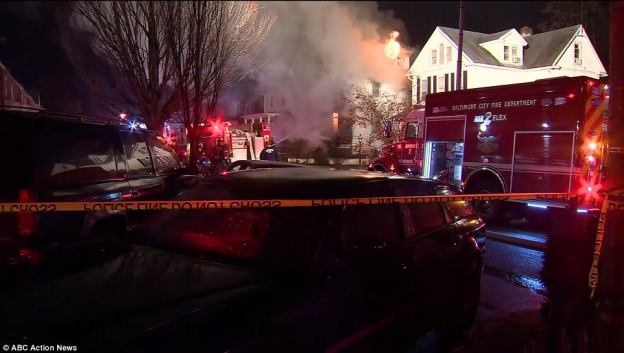 According to this bulletin, Representative Cummings is a long time member of the US Congress, who on 15 November (one week after Donald Trump became president-elect), began the current “hysteria” overtaking America when he used his position as the senior Democrat on the House oversight committee to push forward an investigation into Russia’s supposed hacking of the US 2016 presidential election.

END_OF_DOCUMENT_TOKEN_TO_BE_REPLACED

National Security Agency whistleblower Edward Snowden and WikiLeaks founder Julian Assange have doubled down recently on the games being played in cyberspace by America‘s cyber-warriors.

Snowden suggests that many of NSA’s most damaging malware programs are now in the hands of America’s opponents, thanks to enterprising foreign counter-intelligence hackers known as the Shadow Brokers. there will be more hacked bombshells to drop on Team Clinton, courtesy of weak security in Democratic National Committee and Clinton campaign computer systems.

We have entered a new phase of cyber-warfare, one in which America’s (and Israel’s) most damaging computer hacking and disruption programs are available to anyone willing to pay in Bitcoins on the cyber-black market. The Democratic Party’s leaked emails, coupled with the leaked State Department cables, has Hillary Clinton in an outrage.

These disclosures, along with the Snowden disclosures that illustrate how America spies on friend and foe, have opened the Black Box of America’s propaganda machine.