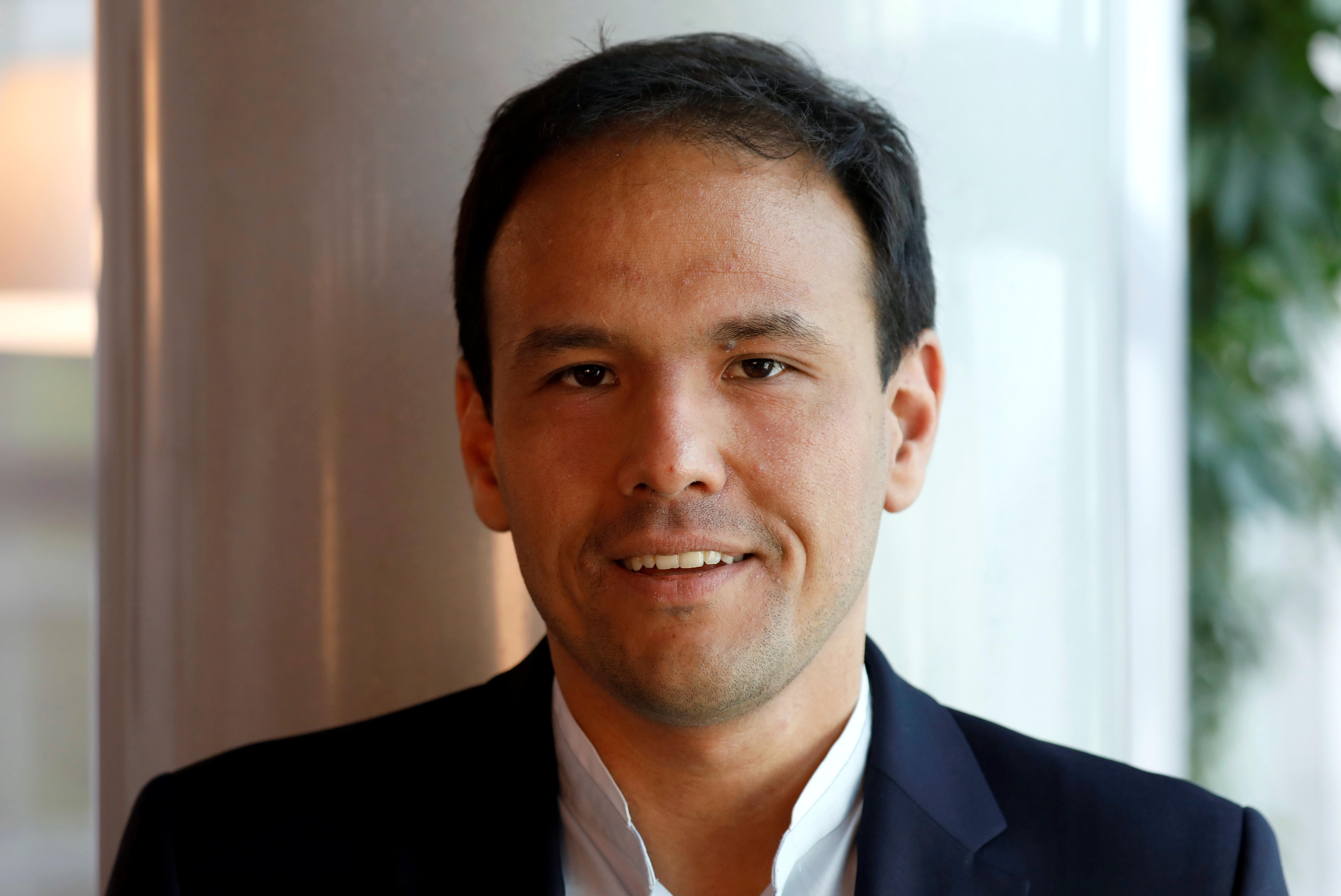 PARIS (Reuters) – In a world first, Facebook has agreed to hand over the identification data of French users suspected of hate speech on its platform to judges, France’s minister for digital affairs Cedric O said on Tuesday…

The following anonymous document claims to be written by a Facebook insider who was Mark Zuckerberg’s lover from their freshman year at Harvard. Mark’s continuing indiscretions with his ongoing government contract keep getting him in trouble to this day…

“Communism is the death of the soul. It is the organization of total conformity – in short, of tyranny – and it is committed to making tyranny universal.” Adlai Stevenson I – the 23rd Vice President of the United States from 1893 to 1897… 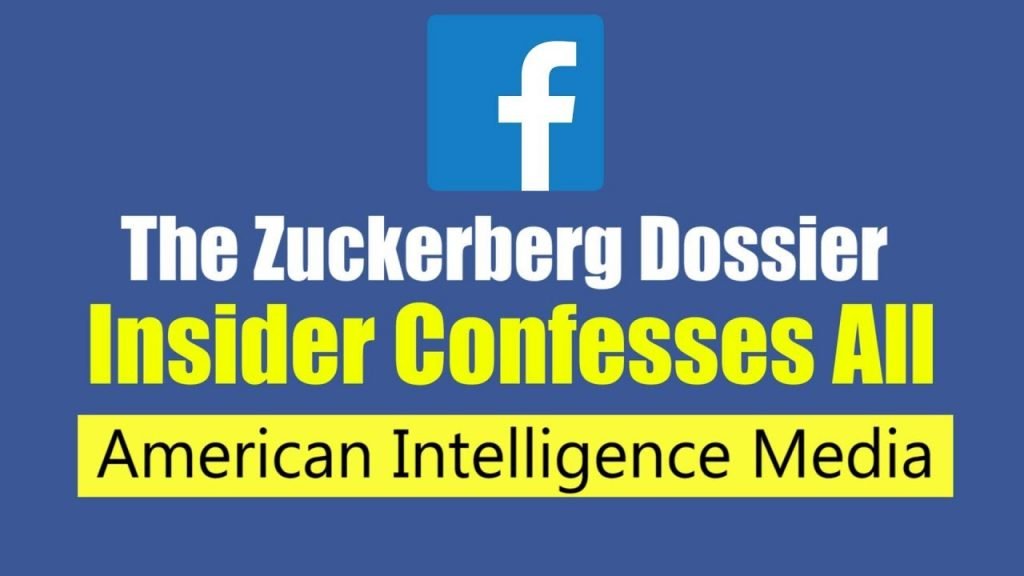 Betsy reads a letter from a Facebook insider who claims to know the real truth about why and who created Facebook. To read the letter and use the translation feature on the page to convert to a language of your choice:..

The Facebook shareholder revolt just got bloody. Facebook revealed in a filing on Monday how investors voted on a raft of proposals at its annual shareholder meeting last week – and the results underline the unrest among outside investors…

In other words – Facebook has been lying to it’s advertisers ever since it was created. We will also see this exposed with Google, You Tube and any other companies the CIA Controlled Google owns…

Facebook was set for a hammering on the stock market on Thursday, a day after a trove of secret documents was made public…

GUESS WHO PAID FACEBOOK TO RIG ELECTIONS? The Points of view, and purpose of this video, is not to bully or harass anyone, but rather share those opinions and thoughts with other like-minded individuals curious about these subjects…

The Points of view, and purpose of this video, is not to bully or harass anyone, but rather share those opinions and thoughts with other like-minded individuals curious about these subjects. Expect a Riveting Interview next month with Ronnie around the 22nd. ==========..

Remember the Godfather scene where he was baptizing his son stating he will sin no more as he kills his competition. Yesterday while Mark Zuckerberg (Greenberg) was testifying in front of Congress our entire Internet came down…

Last week, after what must have been a series of extremely grim meetings in Menlo Park, Facebook admitted publicly that part of its revenue includes what appears to be politically motivated fraud undertaken by a shady Russian company…

At the end of June, Mark Zuckerberg announced that Facebook had hit a new level: two billion monthly active users. That number, the company’s preferred ‘metric’ when measuring its own size, means two billion different people used Facebook in the preceding month…

Facebook had to shut down two of its research robots after they deviated from a study into Artificial intelligence (AI) and started communicating with each other in their own lingo. Researchers believe that the outcome of the experiment into AI and the creation of the new language was expected…

A Facebook contractor has blown the whistle on how the social networking giant forces its employees to live out of their cars, due to the poor wages paid to staff…

For years this Politically Correct group of Internet Controllers has been selling personnel information about it’s users – from food tastes to bank account data.

So linked has this become that after opening accounts up on the Video Channels Daily Motion, Vidme, and Steemit my accounts were blocked within 24 hours of posting my first videos – kittens playing.

Now the BROWSER ACT has been introduced by Republican  Marsha Blackburn of Tennessee that mandates that people must explicitly give permission before they sell their information or tie Bank Accounts together.

Of course – Google, Facebook and Amazon will fight back and are likely to ignore any legislation that restricts their use of the Internet for Their Purposes.

First: White House Communications Director has resigned. Yup – Mike Dubke is leaving simply because he has gathered all of the Information about all of these leakers and will now work directly with some special prosecutors to build cases against these 3 Leakers.

These 3 Traitors, and all of their accomplices, will now go down in about 5 months.

END_OF_DOCUMENT_TOKEN_TO_BE_REPLACED

If you are a freedom loving patriot who values American principles then you are likely already aware of the massive amount of censorship happening on social platforms like Facebook, Twitter, YouTube, Google and other globalist linked organizations that target individuals who bring attention to their continuous, creepy corruption.

Censorship has ignited and been set ablaze all across the world wide web. Alternative media news outlets are having to work double, with less pay, in order to get the truth out, while progressive news websites are being spring-boarded to the top of search engines.

Well, I’ve Had ENOUGH! It’s about dang time we expose the corruption of these fakes and at least have a fair fighting chance to win the affection of the sleeping public who are continually being censored from truth.

In the video, I prove with 100% undeniable evidence, the globalists, via Google, are blacklisting truth and targeting patriots such as myself.

If there ever was a video that needs to go viral, it would be this one! Please forward this message to everyone you know…

Even much of the MSM is turning on them, and now the fight has reached the average person.  Trump’s populism could be stepping up.

Source: Facebook and Google Are on the Run | Media

Don’t you love it when globalists accidentally turn on one another??

Back in December we wrote about the efforts of Facebook to combat the spread of “fake news” over social media with the introduction of a filter intended to flag ‘fake’ content so that users wouldn’t haven’t to go through the hassle of critically analyzing information on their own.  As we noted at the time, it was a genius plan, except for one small issue:  who determines what is considered “fake news” and how exactly do they draw those conclusions?  From our prior post (see “Facebook Launches Campaign To Combat “Fake News”“):

The first problem, however, immediately emerges because as NBC notes, “legitimate news outlets won’t be able to be flagged”, which then begs the question who or what is considered “legitimate news outlets”, does it include the likes of NYTs and the WaPos, which during the runup to the election declared on a daily basis, that Trump has no chance of winning, which have since posted defamatory stories about so-called “Russian propaganda news sites”, admitting subsequently that their source data was incorrect, and which many consider to be the source of “fake news”.

Also, just who makes the determination what is considered “legitimate news outlets.”

Now, it seems as though the first confirmed victim of Facebook’s ‘fake news’ crusade may be none other than the Chicago Tribune, a newspaper that undoubtedly considers itself a “legitimate news outlet.”

The discovery was highlighted in an article written by the Chicago Tribune’s own Deputy Editor for Digital News, Kurt Gessler, who noted that a curious thing happened back in December when Facebook first changed up its algorithms to target fake news, namely their traffic crashed.  Per the chart below, the typical Tribune post went from attracting the interest of 30-35k people down to 15-20k people in a matter of months.

Meanwhile, the number of Tribune articles shared over Facebook that reached less than 10,000 viewers (i.e. the “duds”) skyrocketed while the number of highly successful articles, those reaching 50,000+ people, simultaneously plunged.

So, either the Chicago Tribune suddenly started producing a lot of garbage that no one wanted to read, which just happened to coincide with the implementation of Facebook’s new “fake news” algo, or the media outlet was pumping out content that Facebook suddenly figured to fit the definition of ‘fake’.

Certainly, the issue couldn’t be attributed to a loss of followers….

Perhaps Facebook’s algos are better at identifying “fake news” than we thought.

Earlier this year Facebook’s Mark Zuckerberg decided to implement a new nazi style process that allows users to tattle-tale on other users and alternative media outlets. His new “policy” grants people the authority to report news that they deem is “fake.” His intent was to wipe out the nationalistic alternative media, however, he got slapped in the face when his own users used his “nazi policy” against him! Check out this report….

Here’s another report by Gary Franchi’s Next News Network…