It appears that the website Wolf Spirit Radio, where I do my show from has been targeted and hacked – It will be posted on YouTube very soon.

In this edition of Underground World News Live we have EnterThe5t4rz broadcasting for the first time from France. We will be discussing breaking and recent events, Along with lots of other topics. You can find more info at the links below. 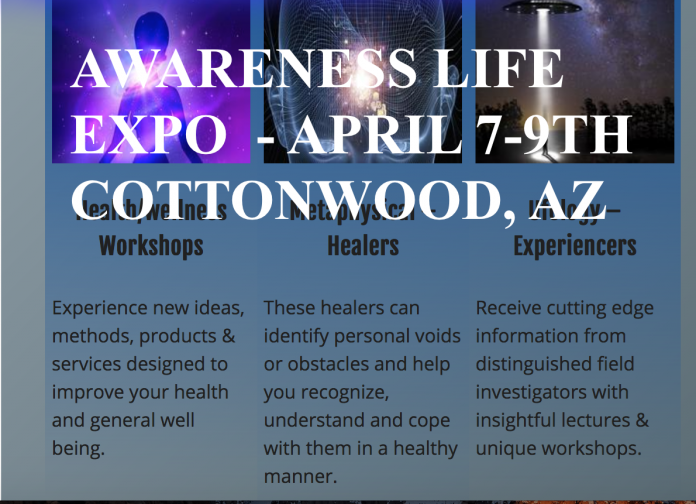 As many people will be aware, our sites were attacked 4 days ago and in this case the server went down.  The problem took 4 days to work on and we are again up and running after moving to a new server company with better protections in place.

The obvious reason for the attack seems to have been the 2 interviews I am currently doing: Mark Richards and John Lear.  After interviewing John Lear I will be speaking in Cottonwood (near Sedona) at a conference called the Awareness Life Expo.

And on the 22nd of April I will be speaking as part of the Portal to Ascension Full Disclosure conference online. See below for more info.

We need your help to pay for recent upgrades to keep us online and for travel costs for my latest in-person interviews. Please support this work!  Donate here.

Hi Everyone, We got back from filming 2 interviews at the UFO Congress a few days ago.  My site was under heavy attack and thanks to Tommy and Igor we are back online!  Thanks guys! I interviewed Sebastien Martin regarding his experiences, soon to be released and did an update with MILAB investigator, Melinda Leslie. […]

The past 12 months could be defined as the year of leaks, with hackers and whistleblowers revealing a massive trove of information, affecting entities around the world. Read Full Article at RT.com

The Bank of Russia refuted media reports it had lost over $31 million in a hacking attack.

President Nicolas Maduro has announced that Venezuelan Credicard payment system, as well as the Internet system of the entire country, have been affected by cyber attacks.

‘An NHS trust shut down all of its IT systems today and has all but ground to a halt in general after a virus compromised them on Sunday. In a bright-red warning labelled “Major incident” on the website for Northern Lincolnshire & Goole NHS Foundation Trust, patients are warned that their appointments have been cancelled…

US President Barack Obama has admitted security chiefs have not yet identified those behind a sophisticated cyber-attack which crippled some of the world’s biggest websites last Friday. Read Full Article at RT.com

END_OF_DOCUMENT_TOKEN_TO_BE_REPLACED

Though the Alliance has yet to leverage the information gathered from the super hack of the Cabal, we can assume that they hold records of non-terrestrial operatives within the secret space programs. Two such operatives surface as David Wilcock continues to discuss details from recent disclosures in the past year. We gain confirmation of Corey Goode’s testimony of the MILABs programs and military collaborations with reptilian extraterrestrials on Earth and on the moon. It is important to expose this information, as the fall of the Cabal also brings about the end of Draco control over our planet. This presentation was originally webcast August 22, 2016.

The Equation Group, a cyber-attack group allegedly associated with the U.S. National Security Administration (NSA), has been hacked in an unconfirmed data dump of exploits and secret tools according to TheHackerNews.

An unknown hacker or a group of hackers calling themselves The Shadow Brokers, in addition to offering free hacked tools online, also auctioned hacked tools for $568 Million dollars in Bitcoin.

END_OF_DOCUMENT_TOKEN_TO_BE_REPLACED

The entire economic system seems to be unwinding so be ready

1) In a huge development, thanks to YOUR prayers,  the Leaders of the Shadow Government – those above the Popes and Presidents – have now realized that those they were following are planning kill them after they ran for cover in anticipation of another World War and then a Polar Shift. In response about 60% of the Bankstas are disconnecting themselves form the Elite and preparing for what is coming in a Good Way.

2) There is currently a rally on Gold Mining Stocks, that may indicate a huge rise in Gold and Silver prices – we shall see. What is very odd is that the US Stock Market is rising, Gold Prices are rising and the value of the US dollar is rising all at the same time.