The Satan worshipping Khazarian mafia made a fatal miscalculation last week when they blackmailed US president Trump into becoming their slave zombie, Pentagon and other sources agree.

The Satanists posted videos of opium poisoned babies being murdered by doctors and used that as an excuse for Trump to order an illegal missile attack against Syria. 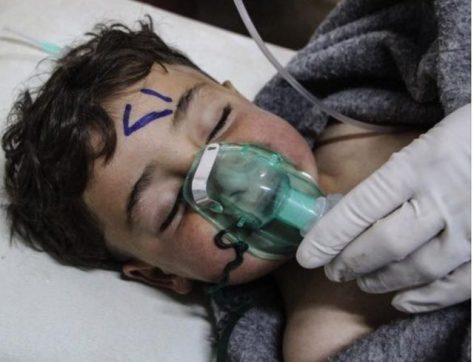 However, the real reason Trump ordered this illegal attack is because he is being blackmailed by the Satanists with a video they have of him murdering a 12 year old girl named Mary, Pentagon and CIA sources say.

In case you find it hard to believe Kushner is a Satanist, you might ask yourself why he bought the building 666 Fifth Avenue that housed a company called Lucent Technology that was developing micro-chips to be implanted into humans, ie the mark of the beast.

Kushner is now an official target and is not expected to remain long on this planet, CIA and agency sources say.

In any case, another major reason the desperate Khazarian “cabal routed and launched the Syria strike was because Russia won the energy war when the EU dropped its opposition to the Nord stream 2 gas pipeline to Germany,” the Pentagon sources say.

The other thing to note about the attack on Syria is that it was timed to help the Khazarian Satanic Daesh mercenary army try to retake the temple of Baal (Molech, Set, Satan) in Palmyra. This attempt failed.

Now that Trump has been turned into a Satanist zombie the Satanist general David Petraeus has taken over the US National Security Council, the Pentagon sources say. His flunky, H. R. McMaster, is now the National Security Adviser for Trump and is planning to send 150,000 US ground troops to invade Syria, the sources say. “This won’t fly with the Joint Chiefs of Staff so were will be more shake ups,” the sources continue. Needless to say, sending 150,000 US troops to Syria would start World War 3 and lead to the death of 90% of humanity and the destruction of the Northern Hemisphere, so it ain’t going to happen folks.

The Israelis are also somehow deluding themselves that the US air-force will build a giant airbase in Syria now that that the Satanists heroin smuggling operations at Turkey’s Incirlink airbase have been shut down.

What we are witnessing is a desperate, battle of the bulge type offensive by the Satanists occupying the government of Israel.

“Hezbollah, Syria and Iran may be heavily rearmed by Russia to seize the Golan Heights since red lines have been crossed with tomahawks and Coptic church bombings on palm Sunday,” the Pentagon sources say. Egypt, Jordan, Syria, Turkey, Iran, Iraq, Lebanon are joining with Russia and the US military to force the Israelis, the Saudis and their mercenary armies to stop their illegal never-ending war-mongering, multiple sources agree.

Despite the fireworks in the Middle East, however, the decisive action is taking place now in Japan and North Korea, CIA, FSB, Japanese military intelligence and other sources agree.
Satanic slave Donald Trump’s decision to order a carrier group to North Korea is connected to his orders for a nuclear attack on North Korea to take place on…

Full report will be posted in 3 days.

Source: Khazarian Satanists fatally expose themselves by turning Trump into a zombie slave 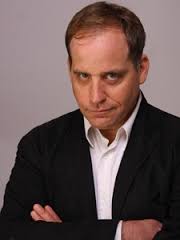 Posted by benjamin. February 13, 2017. There are intense power struggles taking place in the United States and China these days meaning that big new initiatives for the planet as a whole will have to wait until the dust settles in both countries, Chinese and American sources say.The struggle in the United States is, to simplify things somewhat, between the deep state faction behind Trump and the remnants of the Bush/Clinton deep state apparatus. In China, three main factions are duking it out as part of an elaborate power dance that will produce a new central government line up sometime around the end of March.When these power struggles are over, then we can expect major reforms of the Federal Reserve Board, the United Nations, the IMF, the EU etc. to begin in earnest.Let us start with the US power struggle, which has intensified now that Jeff Sessions has been formally appointed Attorney General. Immediately following his appointment Trump issued an executive order that “re-focuses the Federal Government’s energy and resources on dismantling transnational criminal organizations, such as drug cartels.” As a Pentagon official described it “Trump declared war on the Bushes and Mexican drug cartels.”…

END_OF_DOCUMENT_TOKEN_TO_BE_REPLACED

Video: Its All Unwinding – All US Military Bases On Alert – YouTube

It all seems to be unwinding.

Sorry about the  DRY story but we are on the verge of Turkey acquiring 266 Nukes right under the nose of Putin and Medvedev…and…  Erdogan (Turkish President) declaring himself the Chief Muslim Calif and going to war.

To the most active, most intelligent and one of the largest audiences in the world – we really need your focused prayer at this critical moment.

German tanks are headed into Poland in Preparation for Operation Pincer – the Invasion of Russia to begin in Mid-August.

Pray the war plans are cancelled

END_OF_DOCUMENT_TOKEN_TO_BE_REPLACED 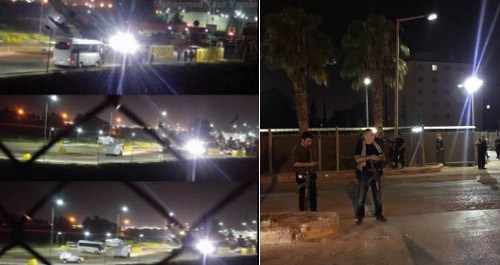 As TMR initially reported right after the first coup attempt, not only will this story NOT go away, it will only get bigger.  There is no geopolitical event in 2016, with the exception of BREXIT, that even comes close to the far-reaching ramifications of the U.S.-sponsored coup d’état in Turkey.  Because of the sheer depth and breadth of the betrayal of Turkey by the U.S. military and NATO, it will be virtually impossible to repair the damage … as long as President Erdoğan is in power.

END_OF_DOCUMENT_TOKEN_TO_BE_REPLACED 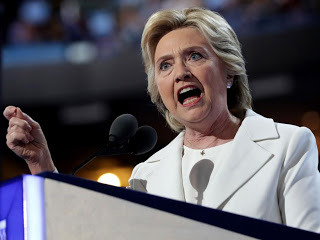 Look at their VP Candidates – both Jesuits to the core

Trump went to a Jesuit College and swore loyalty to the Jesuits and began making Billions (Beck, Jones)

Hillary’s Running Mate is a Jesuit

END_OF_DOCUMENT_TOKEN_TO_BE_REPLACED

[ Note: We can hardly expect Obama to publicly admit that the US had advance knowledge of the coup. But then that requires us to believe that, with all the US intercept security within its operational base at Incirlik, our military did not pick up on the Turkish Air Force running a key part of the coup operation from there.

There is no chance in hell that could have happened without our Intel people picking up on it. Heads would have rolled if they did not. So both sides, as I concluded in the interview, are engaged in theatrics here purely for public consumption… JD ]

END_OF_DOCUMENT_TOKEN_TO_BE_REPLACED

A new Security Council (SC) report circulating in the Kremlin today states that President Putin has been notified by the Ministry of Foreign Affairs (MoFA) for the Republic of Turkey that the two American Central Intelligence Agency (CIA) “employed/directed” pilots who on 24 November 2015 shot down a defenseless Aerospace Forces Sukhoi Su-24M bomber aircraft over Syria, and on 15 July targeted Turkish President Erdogan for death, have now been arrested and placed into custody. [Note: Some words and/or phrases appearing in quotes are English language approximations of Russian words/phrases having no exact counterpart.]

END_OF_DOCUMENT_TOKEN_TO_BE_REPLACED

A stunning Security Council (SC) report circulating in the Kremlin today says that during President Putin’s just completed telephone conversation with President Recep Tayyip Erdoğan, the embattled Turkish leader praised the Federation for saving his life and agreed to meet President Putin in the next fortnight—but, also, vowed “revenge” on President Obama for staging a failed coup d’état against his regime. [Note: Some words and/or phrases appearing in quotes are English language approximations of Russian words/phrases having no exact counterpart.]